Azerbaijan and Israel’s encirclement of Iran 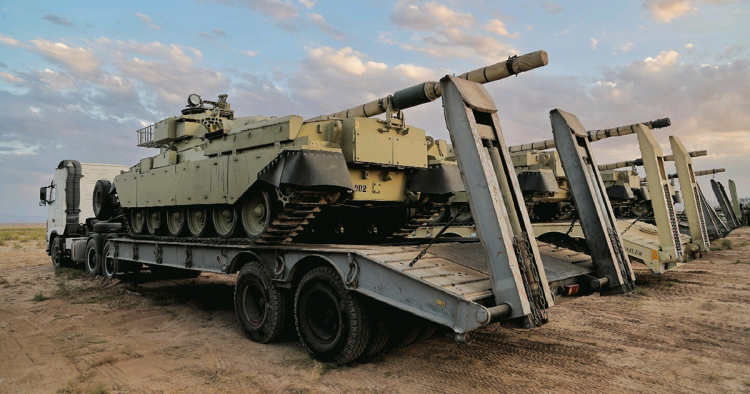 Tensions between Iran and Azerbaijan are high right now but both sides will very likely soon step down. Neither Tehran nor Baku can afford to let recent events lead to a full-fledged crisis or a military showdown between the two Shi’a Muslim-majority countries. On the surface, this latest spat is about Azerbaijan’s resentment toward Iran for providing an economic lifeline through trade and transit options to its landlocked arch nemesis, Armenia. In reality, the split that underpins the ongoing Iranian-Azerbaijani tensions is more about fundamental foreign policy choices that Tehran and Baku have each made and are unlikely to reverse.

As has been the case since Azerbaijan emerged as an independent state in 1991, Tehran and Baku will remain suspicious of each other but avoid outright conflict. This suspicion is entirely unsurprising. Azerbaijan’s secular model stands in sharp contrast to Iran’s Shi’a Islamist revolutionary one. Azerbaijan has chosen Israel and Turkey as its top regional allies, two countries that Iran considers as competitors and hellbent on securing a firmer foothold in the South Caucasus, to Iran’s immediate north.

The official Iranian narrative is that Baku has given Israel ample operational freedom to use Azerbaijani soil to stage operations deep inside Iran. The latest charge from Tehran is that Israel’s theft of droves of sensitive nuclear files in 2018 involved the use of Azerbaijan as a staging ground for an operation that humiliated Iran’s leadership and intelligence services. What is true for sure is that both Tehran and Baku are now engaged in a war of words unlike anything seen since the early 2010s.

This time around, however, Tehran seems to be doubly apprehensive. It sees Israel intensifying its efforts to move closer to the Iranian homeland as a way of pressuring Iran. Supreme Leader Ali Khamenei has warned all of Iran’s neighbors against what he called “interference of foreigners in the region” as a “source of discord and damage.” In a direct jab at Baku, Khamenei promised retribution to those neighboring states that collaborate with the Israelis.

What Khamenei did not mention is that the Israeli policy of moving closer to Iran is a mirror image of Iran’s own efforts to consolidate its foothold on Israel’s doorstep in Syria, Lebanon, and Gaza. Whether it’s the UAE or Bahrain, which normalized relations with Israel in 2020 as part of the Abraham Accords, or the close ties between the Kurdish regional government in northern Iraq and Israel, Tehran clearly feels the pressure from what it sees as an Israeli strategy of encirclement.

Iran is equally peeved by the growing military relations between Baku and Ankara, but it is the Azerbaijani-Israeli partnership that is Tehran’s foremost priority to confront. For Iran, Israel’s growing presence on its doorstep is a pressing security matter because it is perceived to be increasingly important to Jerusalem’s core policy of confronting Tehran. At no point in its history has Israel had so many sets of diplomatic, economic, and military-intelligence relations with countries bordering Iran. This amounts to Israeli leverage, and Tehran resents this development but has yet to articulate a policy to neutralizes Israel’s advances other than to appeal to its neighbors to keep Israel at a bay. This appeal, to say the least, has not attracted much sympathy. In fact, a number of Iran’s neighbors — Azerbaijan, Bahrain, the UAE, and likely Saudi Arabia and the Kurdish government in Iraq — look to Israel for cooperation against the Iranian regional agenda.

Dangers for both Tehran and Baku

For both Iran and Azerbaijan, this geopolitical rivalry is hugely sensitive given their geographic, ethnic, religious, and historic proximity. Recent history underscores this conundrum. During the Armenian-Azerbaijani war of 2021, it was clear that Iran had no choice but to officially sit on the sidelines. Inside Iran, ethnic Azerbaijani nationalism combined with existing anger over socio-economic conditions could create an explosive situation in Iran’s northern provinces, which are home to an Iranian Azerbaijani population of some 20 million. This reality is not lost on Iran’s foreign adversaries. Israel and Turkey both have a record of seeking to mobilize the Iranian Azerbaijani community against Tehran.

Tehran therefore had no good option to be involved in the round of conflict in 2021 as it had insufficient leverage over the main actors: Armenia, Azerbaijan, Russia, and Turkey. The Azerbaijanis, backed by Turkey and Israel, prevailed in the conflict both in terms of the military victories they achieved but also on the diplomatic front since no country came to Armenia’s aid.

Still, this Turkey-Azerbaijan-Israel partnership is awkward, particularly as Ankara and Jerusalem remain suspicious of each other. But the Iranians are nonetheless worried by this convergence of interests on their northern border. At the moment, Tehran is unable to change the dynamics in the South Caucasus. Meanwhile, Russia’s loss of influence in the region could become a major headache if the Turks decide to play the pan-Turkic card vis-à-vis Iran’s ethnic Azerbaijani population.

Baku too has to wrestle with some basic realties that restrict its options vis-à-vis Tehran. At the height of the verbal skirmishes between Tehran and Baku in early October, Azerbaijani President Ilham Aliyev hinted that Iran’s large minority of Azerbaijanis might rise up in defense of their cousins to the north in the Republic of Azerbaijan. This sort of talk from Baku creates anger in Tehran, which sees it as aimed at creating secessionism inside Iran and among the Azerbaijani minority. What Aliyev did not say, nor does he have a good answer for, is what Baku could possibly do to accommodate Iran’s 20 million or so ethnic Azerbaijanis. They have lived apart from their northern cousins since Iran lost its Caucasian territories to the Russians in the 19th century. Iran’s Azerbaijani population is at least twice as large as the population of the Republic of Azerbaijan, and any hint at absorbing it by Baku is essentially senseless and would surely be tantamount to the end of the country as we know it today. Deep down both sides would therefore no doubt admit that the status quo in relations, as troubled as it may be, is preferable to moving to a situation where Baku and Tehran each refuses to acknowledge the other’s territorial integrity.

Alex Vatanka is the director of the Iran Program and a senior fellow with the Frontier Europe Initiative at the Middle East Institute. His most recent book is The Battle of the Ayatollahs in Iran: The United States, Foreign Policy and Political Rivalry Since 1979. You can follow him on Twitter @AlexVatanka. The views expressed in this piece are his own.