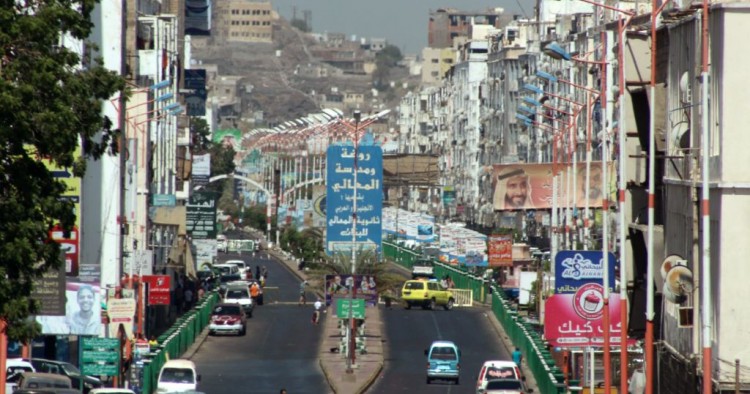 International attention on the Yemen conflict remains focused heavily on the humanitarian dimensions of the crisis, Saudi-Iranian competition for advantage there, and the UN’s fitful efforts to return the parties to the negotiating table. But another aspect of the conflict may have more significant long-term consequences for both Yemenis and the international community: the declining relevance of Sana’a at the center of a unified Yemeni state and the increasing local autonomy in large parts of the country.

I had the opportunity recently to join an Atlantic Council-organized delegation that visited Aden as part of a regional tour. It was my first visit to Yemen since the conclusion of my tenure as ambassador nearly six years ago. Aden’s streets appeared calm but uneasy. Aside from some evidence of more recent fighting, the city seemed largely unchanged from my earlier visits and signs of normal life — from food markets to pool tables set out on sidewalks as popular entertainment — were abundant.

But Aden is a city divided between strongholds of the legitimate government and the Southern Transition Council (STC) that maneuvers, with Emirati support, for predominance. A senior Emirati official had previously extolled the virtues of the southerners, who he characterized as loyal and committed allies of the Emirati forces in Yemen. Flags of the former People’s Democratic Republic of Yemen dominate the STC-controlled portions of the city, flying from flagpoles and stenciled on walls, alongside images of STC martyrs. By contrast, the government-controlled neighborhoods, marked by billboards featuring President Abed Rabbo Mansour Hadi, were smaller and hugged the seaside presidential compound where we met government representatives.

Our meeting with Yemen’s impressive new prime minister, Dr. Maeen Abdulmalik Saeed, nearly did not happen. The STC security detail helpfully sent to accompany our delegation around the city steered us instead to the STC compound even though we made it clear that we wanted to see the legitimate government first. Had we not insisted on turning the convoy around to keep our appointment with the government, it’s likely that the STC leadership would have contrived to delay our visit to the government compound until we needed to leave the country.

Apart from these political tensions, however, it’s clear that the Adenis are doing their best to carve out normal lives despite their complex situation. In that regard, the situation in Aden mirrors similar developments elsewhere in the divided country. Reports from farther north, in Marib and Jawf governorates, reflect the progress that Yemenis outside of Houthi-controlled districts are achieving in their efforts to build new lives. Recent visitors have reflected Marib’s growth as a business and commercial center for the north, buttressed by the oil and gas revenues pouring into the governorate and no longer impounded by the central government. The city fathers in al-Jawf, a dusty backwater prior to 2015, are laying out an urban grid of city streets as tribesmen dutifully turn up at the city hall to apply for building permits. In Marib, there’s talk of a new airport. In both governorates, the local authorities have established their own primary courts of law, addressing long-standing problems of access to justice for their citizens, and Marib now has an appeals court as well.

One can hardly criticize Yemenis for their efforts to build a decent future for themselves and their families away from a ravaging civil conflict. Indeed, political, economic, and social advancement in Marib, al-Jawf, and Aden is an encouraging reflection of what Yemenis can achieve when given the opportunity. The success of these experiments in local governance reinforces the view that decentralization and enhanced local autonomy are critical components for building a stronger, more secure, and more prosperous Yemen in the future.

But the continued devolution of power and authority poses risks, as well. The more deeply embedded these local structures become in Yemeni life, and the more they become magnets for Yemenis seeking to escape the conflict that is tearing the country apart, the more difficult it will become to rebuild a viable, unified Yemen when the conflict ends. Understandably enough, international actors, from the U.S. government to the World Bank, are looking at the ongoing development of decentralized political, economic, and social structures and considering how to coordinate with them to provide much-needed assistance to the Yemeni people. Nevertheless, the interests of Yemenis as well as the international community will be best served ultimately by the preservation of a unified Yemen, avoiding the development of a multitude of statelets that will sustain conflict, invite continued outside interference, and destabilize Yemen and the broader Arabian Peninsula. Thus, both Yemenis and their international friends and supporters need to move forward on these projects cautiously, welcoming the relief they offer to millions of Yemenis but not losing sight of the long-term goal of preserving a unified Yemen.

Amb. (ret.) Gerald Feierstein is MEI’s senior vice president. The views he expresses are strictly his own.