Beijing’s military industry on the move in Ukraine 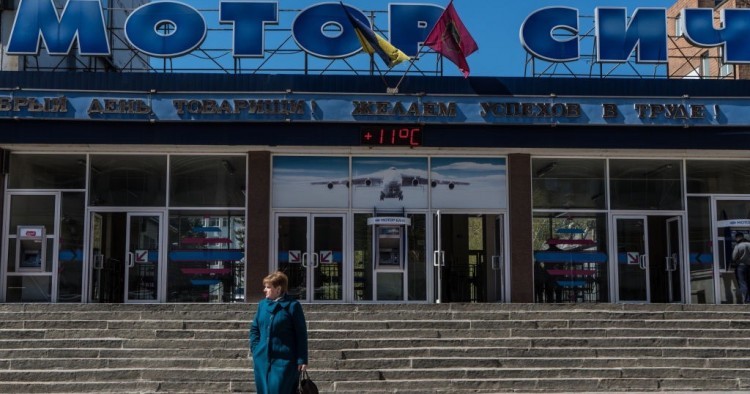 Ukraine’s long-term stability will depend on its economic prosperity. As a transitioning economy, trade and investment are welcome and needed whether from the U.S., Europe, or China. Ukraine finds itself walking a thinning tightrope between the U.S. and China as their relationship turns increasingly adversarial. If Washington wants to keep Chinese activity in this economy to a minimum, the present and future administrations must more rapidly and directly coordinate American trade and investment in Ukraine.

The U.S.-China rivalry is intensifying. Although hindered by the COVID-19 pandemic, the Chinese Communist Party continues to expand its influence. China’s “mask diplomacy” and related charm offenses appear to have so far blunted greater political fallout worldwide and crippling economic stagnation at home. Germans, for example, currently are divided as whether to pursue closer relations to America or China, suggesting that Beijing’s COVID public diplomacy has had some impact. Meanwhile, various Chinese strategies to strengthen commercial, financial, and political influence remain ongoing throughout Europe. From charm offensives in Czech Republic to deeper economic integration into Hungarian finance and industry – China is on the move.

Ukraine, a Belt and Road Initiative (BRI) partner, is no exception. Chinese trade and investments there are noteworthy. China has replaced Russia as Ukraine’s largest trading partner, with trade volume reaching $2.55 billion. In 2019, Ukraine exported $3.59 billion in goods to China and imported $9.2 billion. Along with the growing trade partnership, state-run or affiliated Chinese entities are investing in the aerospace, transport, and tech sectors.

US warnings to Chinese state-owned firms

On the heels of these growing economic ties, however, is the increasing prospect of U.S. sanctions against numerous Chinese state-controlled firms. In response to a congressional request, the Pentagon in June published a list of 20 Chinese entities identified as “Communist Chinese military companies.” This list was published pursuant to the National Defense Authorization Act of 1999 at the behest of then Senator Strom Thurmond. Under §1237 of the Act, the Department of Defense (DoD) is required to report on companies owned or controlled by the People’s Liberation Army or commercially engaged with it and operating directly or indirectly in the U.S. At the request of the U.S. Senate, the Trump Administration is the first to issue such a report.

Whether or not June’s list is a precursor to these firms’ sanctioning remains to be seen, but the atmosphere in Washington feels primed. The Trump Administration has shown no qualms about employing all available means to wage America’s ongoing trade war with Beijing. The mood in Congress is combative, with disgruntlement over issues ranging from trade, cybertheft, and human rights, to Beijing’s bullying in the region.

More pressure from Congress for tougher action is plausible given the American public’s mood. Nearly 75 percent of Americans recently surveyed by Pew have unfavorable views of China, notably prioritizing human rights concerns over economic ones. Public support for harsher measures is apparent, making the possibility of sanctions all the more likely. If levied, Ukrainian companies doing business with listed Chinese military companies and their affiliates will feel the pressure.

Of the 20 companies on the Pentagon’s list, eight have active investments or presence in pivotal sectors of the Ukrainian economy. Chinese state involvement in some industries has not escaped Washington’s notice, such as the potential Chinese takeover of Ukraine’s Motor Sich. Established in 1907, Motor Sich is one of the world’s largest engine manufacturers for airplanes and helicopters. Valued at approximately $20 billion, the company employs over 25,000 in an oblast of 740,000.

Ukrainian anti-trust authorities are currently determining the legality of an attempted buyout by Beijing Skyrizon, an affiliate of the DoD-listed, state-owned Aero Engine Corporation of China. This attempted purchase is seen as a step toward the consolidation of an 80 percent share ownership by a group of Chinese individuals. Justifiably alarmed, the Trump Administration responded by sending Blackwater security firm founder Erik Prince to Ukraine in an effort to acquire Motor Sich, as well as soliciting interest from a Texas-based aerodynamics firm; no movement from either has been reported as of yet. Ukraine’s sanctions against the Russian military industry bite hard, given the former’s air force needs and Kiev’s export sanctions against Moscow. If sanctions on the Aero Engine Corporation of China were applied, Ukraine’s aerodynamic giant and its workers would land in very dire straits.

Other “Communist Chinese military companies” are making inroads. In January, Chinese state-owned railway enterprise China Railway Construction Corporation (CRCC) signed a memorandum of understanding with Ukraine’s Ministry of Infrastructure before winning a subway contract. Huawei has a notable presence as well, commanding 15 percent of the mobile market share, even training its Ukrainian staff in China. Hikvision, China’s leading surveillance technology manufacturer, has four distributors in the country as well.

The need for a coordinated US response

In response, U.S. investment in this allied, transitioning democracy must be holistic, firing on all cylinders - political, military, diplomatic, and especially economic. Nature abhors a vacuum. Containing China requires that Ukraine’s democratic allies curtail its interventions by providing alternative financing resources for strategically vital sectors such as arms production, infrastructure, and telecommunications. For example, the Trump Administration’s outreach to America’s private sector in response to the attempted Motor Sich purchase is exactly the kind of coordinated activity that needs to be multiplied when critical and feasible.

One option for financing is the recently established United States International Finance Development Corporation (DFC), providing loans and insurance for projects undertaken by American business in lower-income countries. Less conventional but arguably more agile would be the U.S. government’s establishment of a rapid-response funding mechanism(s) for Ukrainian economic opportunities - and stressors. This would be an impactful counterweight to BRI’s comparatively expeditious financing.[1]

Hearts and minds aren’t far from food, housing, and prospects of a more prosperous future. Effectively deterring adversarial Chinese interventions into the Ukrainian economy is the first step. The second is putting American business in its place. U.S. leadership must exert the political will critical to getting companies from the U.S. and our transatlantic allies to fill voids where feasible and profitable. Failure on this front will eventually compel Kiev to resurvey eastern horizons as the Western assurances of alliance and integration ring increasingly hollow.

Richard Kraemer is non-resident scholar for MEI's Frontier Europe Initiative, president of the US-Europe Alliance, and a fellow of the Foreign Policy Research Institute (FPRI) Eurasia Program. The views expressed here are his own.

Photo by Oksana Parafeniuk for The Washington Post via Getty Images

[1] Speaking in June 2019, Director of Trade and Manufacturing Policy to President Trump, Dr. Peter Navarro proposed the merits of such a financing vehicle, servicing vital sectors including energy, infrastructure, and transport. See “US-Europe Alliance Launch: Confronting the Challenges of the 20th Century” at https://www.youtube.com/watch?v=m0BstNaJRoI.