The Black Sea Region in a Future U.S. Grand Strategy 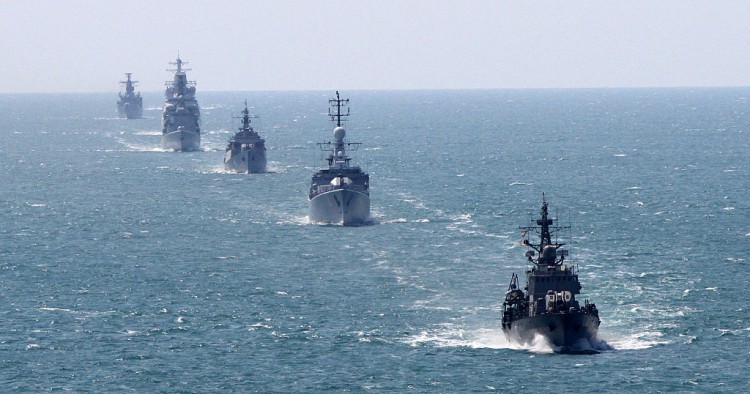 The prime product of the American national-security apparat is “consensus,” which might be more accurately and cold-bloodedly called “group-think” or “herd mentality.” And, to be fair, strategic consensus is frequently a source of strength, as it was during the Cold War. Alas, in new geopolitical circumstances, the establishment consensus has proved a roadblock to strategic reformation; so, too, are the “anti-consensus” remedies proffered by the Trump Administration and the increasingly Leftist Democratic Party.

In sum, the United States and its many partners in the “liberal international order” must remember the principles that brought them such success, while assessing how to promulgate them in a changing and increasingly threatening world. Indeed, the biggest threat to our present peace, prosperity, and political liberty is the Leftist assault on the legitimacy of liberalism itself, matched by the Right’s retreat into blood-and-soil nationalism. Until this fever of tribalism and identitarianism breaks, clear thinking – let alone effective action – will be all but impossible. If we can’t decide what we want, we won’t get it.

Lockean liberalism, a philosophy of universal principles and individual political rights, is expansive and forward leaning by nature. This tendency lies at the core of American “strategic culture,” shaping the policy and strategy of the United States throughout its history. In particular, it provided the ideological inspiration and drive behind the successes of the last century – and the institutional consensus now held in such widespread contempt.

What would a renewed, reformed, reinvigorated strategy of expansionist and American-led liberalism look like? If we knew what we wanted, how do we get it?

To begin with, the United States and its like-minded allies must accept that the increasingly creaky “liberal international order” is far from global. Not only is there a panoply of antagonistic actors – most notably China, Russia, and Iran, who reject liberal ideology and stand athwart liberal power – but there are entire continents where the force of liberalism has yet to be felt – much of Africa, for example. And finally, there remain strategically important “borderlands,” nations and regions that stand between the world-wide West and its authoritarian adversaries. These states, often ex-Soviet satellites, may yearn for a more liberal life, but, absent American protection, are unable to secure it. Moreover, this insecurity empowers local strongmen – often backed by external support – who likewise fear liberalization. The scent of weakness is never missed by the world’s predators, near or far.

Ironically, among the most vulnerable are the peoples of Eastern Europe – the former “captive states” or clients of the Russian and Soviet empires. From the Baltic Sea to the Balkans to the Black Sea, the United States and its European allies have left half a continent as a “no-man’s land,” even for states admitted to NATO or the European Union. Like a negligent lieutenant, successive U.S. administrations have failed in the elementary task of “consolidating on the objective” – securing the ground after the enemy is expelled.

The leading-edge indicator of American and European strategic confusion was the Balkan wars of the 1990s, indeed which still remain unresolved. The typology of the conflicts would become tragically familiar: the crack-up of a troubled empire – the former Yugoslavia – ruled by a sadistic, nationalistic autocrat – Slobodan Milosevic – but giving violent birth to a brood of mostly-autocratic, ethno-nationalist principalities. Meanwhile, outside powers like the United States, NATO, and the United Nations dither until the slow slaughter provokes a morally neuralgic point but a strategically ambiguous response. In the United States – even while riding on a post-Cold-War, “sole superpower” high – the conflicts were dismissed as “teacup wars” in backward and backwater places not worth the lives of American grenadiers. A much-reduced Russia, reeling from its own imperial implosion, nonetheless plays a weak hand boldly and manages at least to create mischief and timidity despite overwhelming American advantages. Now, the continuing churn of Balkan politics is creating opportunity for a globally-ambitious China; Moscow has held a door open for Beijing in places like Serbia and Montenegro – a NATO member. China seems more attuned to Europe’s “soft underbellies” than West Europeans or Americans.

The U.S. and NATO response to Baltic states, Poland, and northern and north-central Europe would seem at first glance to be an example of clarity and purpose in strategy-making. Poland was rightly among the first to gain admittance to the Alliance, and received high-end arms deals such as F-16s and Patriot air and missile defenses from the first. Despite Obama-era backtracking on more advanced air defense radars in the Czech Republic and Poland, there has been a more serious and sustained effort to bring Poland and the Baltic states into the traditional U.S.-led security architecture for Europe. This has been with multi-national NATO ground forces rotating through Latvia, Lithuania, and Estonia, constant U.S. deployments and, now under Trump, an announcement that more permanent basing arrangements in Poland will be retained and perhaps expanded.

What is perhaps oddest of all is that the trigger for these overdue improvements was the Russian annexation of Crimea and invasion of eastern Ukraine in 2014. That move, along with the invasion of Georgia in 2008, support for the Assad regime in Syria, and stepped up activity in the eastern Mediterranean, reveal President Vladimir Putin’s plan for reasserting Russian influence. That is, he sees greater return on strategic and military investment in southeastern Europe and the Black Sea region than farther north. Indeed, as the recent crisis in Belarus indicates, Putin remains on the defensive in the north – lest the great imperial unraveling continue and Russia’s last western “buffer” be lost – but is more than willing to take the offensive in the south.

Russia’s “southern strategy” has yet to provoke a serious Western response. There was a brief discussion of increased U.S. and NATO presence in Romania and Bulgaria in the years prior to the 9/11 attacks, and in subsequent years more talk of building a more robust “bridge” for sustaining operations in the Middle East, but little thought that the Black Sea and eastern Mediterranean might themselves become a focus of competition. The Bush Administration’s tepid reaction to the Georgia invasion – even as Georgian troops maintained a contingent in Iraq – suggested the limits of American and Alliance understanding of the threat to the region, a problem fully exposed in Ukraine in 2014 and in Syria in 2012. The pattern has continued during the Trump Administration. The Russian navy’s 2018 ramming and capture of Ukrainian ships attempting to transit the Kerch Strait from the Black Sea to the Sea of Azov resounded throughout the region, although not in the White House – which has been obsessed with Ukraine, to be sure, but through the lens of U.S. domestic politics, not the European balance of power.

As provocative as Russia’s attempts at revanche may be, they still represent the sweat-soaked dreams of a collapsed empire. After all, both the Georgians and the Ukrainians were able, with very little outside help, to blunt Russian attacks; the Crimea grab has been the exception rather than the rule. The longer-term and larger danger is that Russia is, as in the Balkans, holding the door open for China’s European gambit. President Xi Jinping’s Belt and Road Initiative may be in large part folly and pretense, but it is also a signature element in the Beijing strongman’s strategy for global influence and power. The three geopolitical principles driving the initiative – securing trade routes, access to energy and other natural resources, and disrupting the institutions of the American-created liberal order – lead inexorably to the Black Sea. China has made no secret of its ambitions to recreate the ancient Silk Road linking Asia to Europe, both by sea and land. All thoughts of bringing the vast gas resources of the Caspian Basin – the Baku-Tbilisi-Ceyhan pipeline project, for example – skirt the Black Sea, and Beijing already has infected NATO member states with its “debt-trap diplomacy.”

The good news about the Black Sea vacuum is that it remains a vacuum. The Russians cannot fill it, and neither could China for a long time. The natural strategic advantages of the United States and its European allies, long dormant, remain powerful. The building blocks for a successful Black Sea strategy – Romania, Ukraine, and Georgia – have proved better allies than many others, perhaps better allies than we have deserved, and remain remarkably enthusiastic aspirants to Western liberalism. An American-orchestrated “Black Sea Surge” would be welcomed with open arms. It might even produce more salutary behavior from Turkey. President Recep Tayyip Erdogan is at his worst when he feels his neo-Ottoman fantasies under threat. Tsars and sultans make natural rivals, and it was an ottoman boycott that shut the original Silk Road down.

The success of American strategy over the last century has been built on two fundamental tenets: a more liberal world is a safer world and is built upon a rock of European security and peace – the “Atlantic Charter”, and a “Europe first” approach to World War II is the paradigm of American strategic practice.  Converting the Black Sea region from a no-man’s-land to a bulwark of a 21st century liberal order is the logical next step.

Giselle Donnelly is a resident fellow in defense and national security at the American Enterprise Institute, where she focuses on national security and military strategy, operations, programs, and defense budgets. The views expressed here are her own.