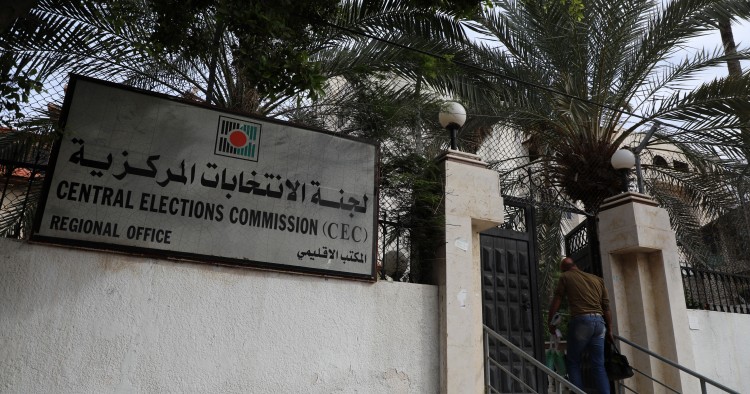 For years pundits have argued that Palestinian elections cannot take place in the occupied territories until there is reconciliation between the warring factions of Fatah and Hamas. The conflict between them led to the creation of two parallel governments, with Fatah controlling the West Bank and Hamas in charge of Gaza. This situation produced parallel laws and, most importantly, parallel security forces. While these differences remain unresolved, elections, which were once considered impossible without reconciliation, are now being used to achieve reconciliation. On January 11, a Palestinian presidential decree announced legislative elections for May 22 to be followed by presidential elections on July 31. Elections were last held in 2006, when Palestinians elected a new Palestinian Legislative Council (PLC) with a Hamas majority. Elections that were supposed to be held in 2014 were suspended indefinitely due to the takeover by Hamas of all the levers of power in Gaza. A major impetus for the upcoming election was the new presidential administration in the U.S., to which Palestinians would like to present a united front in the eventual case of negotiations.

The end of a long feud?

Although the feud between the two factions has failed to produce a clear winner and a clear loser, it has become clear in the past year that Hamas has blinked first.

The willingness of Hamas to make concessions was reflected in the organization’s decision to accept the conditions set forth by Palestinian president Mahmoud Abbas for the electoral process. One of President Abbas’s conditions was for legislative elections to be held before presidential elections so that he could adopt a new strategy to safeguard the presidency for himself or his designated successor in case Hamas outperformed Fatah in the first round of voting. The head of the Hamas politburo, Ismael Haniyeh, penned a letter to President Abbas consenting to consecutive, rather than simultaneous, elections.

Hamas’s acceptance of non-simultaneous elections seems to result from the Islamist movement’s decision to not contest the presidency or control of the PLO. Hamas leadership realized that it would be incapable of heading Palestinian negotiations or assuming responsibility for governing Palestine, especially because the group’s ideology is not accepted regionally or internationally. With no candidate in the presidential race, Hamas leadership was ultimately indifferent to the timing of presidential elections.

Fatah, and especially the movement’s secretary general, Jibril Rajoub, felt that a governing coalition would aid a (necessarily gradual) reunification process by producing a government supported by both movements. As such, there would be no need for a winner and loser. Instead, reconciliation would be a natural outgrowth of a return to a single government with unified laws passed by a single legislature in both Gaza and the West Bank.

With the presidency all but guaranteed, it became clear that Fatah will also insist on choosing the speaker of the Palestinian Legislative Council (PLC), who under the Palestinian basic law would become acting president in the case of the executive’s death or incapacitation for a period of 60 days, until new elections. Moreover, it also became clear that a Fatah candidate could only become speaker of the PLC if Fatah also won a majority in the PLC. And since both Fatah and Hamas have been losing public support, the idea of a joint list that guaranteed Fatah 10 more seats than Hamas was proposed to help prevent a repeat of the problems from the 2006 elections—when Hamas won 75 out of 132 seats in the PLC and elected one of its most ideological members, Aziz Dweik, to the speakership. According to reports, Fatah strongman Jibril Rajoub is eyeing the speakership to put himself in the pole position for the post-Mahmoud Abbas era.

Al Qudwa, who has been a marginal figure within the Fatah leadership for some time, is not the biggest problem facing Fatah. It must also find solutions to the issue of expelled member Mohammad Dahlan and his supporters, especially in Gaza, as well as that of imprisoned Fatah leader Marwan Barghouti. Fatah has made efforts to reconcile with some of Dahlan’s supporters and include them in the party’s list and a delegation was sent to visit Marwan Barghouti in jail with the hope of obtaining his support. possibly in return for including him and some of his supporters on the Fatah list.

On January 25, the Central Committee of Fatah and the Fatah Revolutionary Council held a crucial meeting that is said to have included angry exchanges and threats. Reports say that Abbas ordered that no member of the Fatah Central Committee or Revolutionary Council as well as ambassadors and ministers should run in the coming elections. The 85-year-old Abbas also reportedly said that he doesn’t want anyone over 50 to run in the upcoming elections in order to give a chance to new leaders.

Initial discussions between Fatah and Hamas were that Fatah would have 70 seats and Hamas would have 60, but the numbers were later reduced to 60-50 in favor of Fatah with the possibility that all other PLO factions should create their own list for the PLC elections. In addition, at least one woman must be among the first three candidates in every list, and past that point at least 25% of the candidates in the list must be women. Pollsters such as Khalil Shikaki do not expect Dahlan’s supporters to garner more than five seats out of the 132-member legislative council.

Leaders of all factions are expected to meet in Cairo early in February in order to clear up disagreements about the election process. One area of discussion will be the prevention of interference from armed groups and political factions, especially in Gaza. Since there are two parallel legal systems in the West Bank and Gaza, an elections court must be established to ensure transparency, compliance with agreements about the electoral process, and respect for electoral outcomes.

All of the legal and logistical preparations for the elections ignore the elephant in the room: what to do with the weapons of Hamas. While this issue has been largely avoided in the current discussions, it has been argued that Hamas fighters and weaponry would somehow be kept in check until the elections, and that these fighters would pledge loyalty to the new, unified authority after the elections. The possibility of absorbing Hamas’s Executive Force into the Palestinian national security force has been discussed as a way to ensure that the newly created government ability to enforce its will on the ground.

Another lingering question surrounds the secret elections for the Hamas politburo. The top two candidates are the current and former head of Hamas; Ismael Haniyeh, who is originally from Gaza, has been living abroad since becoming the head of Hamas in 2017 and will be competing against former Hamas leader Khaled Meshaal, who has been living in Qatar since 2012 and is seen by some to be favored by the Gulf pro-Hamas Qatari leadership.

Qatar’s pledge to provide $360 million in support to Hamas over the course of 2021 appears to be an insurance policy to keep moving towards reconciliation. Qatar hopes that aid to Gaza will bring greater stability and thus minimize complications surrounding the elections. If these two elections go smoothly, a new Palestinian National Council can be seated by the end of August with limited complications. This will put the finishing touch on Palestinian national unity under a single leadership with power sharing by the two main Palestinian factions.

Qatar is not the only state in the region that is closely following the Palestinian elections. Regional leaders have expressed concerns about the election process and the potential for surprise outcomes. Egyptian and Jordanian intelligence chiefs were dispatched to Ramallah to meet with their Palestinian counterpart. President Abdul Fattah al Sisi made a surprise visit to Jordan to meet with King Abdullah II to discuss the same issue.

Both for outside observers and for Palestinians themselves, the big question remains whether unified government can emerge and accomplish the difficult task of ending division. The road is full of land mines that can easily be triggered if either side suspects dishonesty from the other. If, however, elections are carried out successfully and a coalition government emerges, the contributors to this achievement will be in the driver’s seat for the post-Abbas phase of Palestinian governance.

Daoud Kuttab is an award-winning Palestinian journalist and former Ferris professor of journalism at Princeton University. Follow him on Twitter @daoudkuttab. The views expressed in this piece are his own.