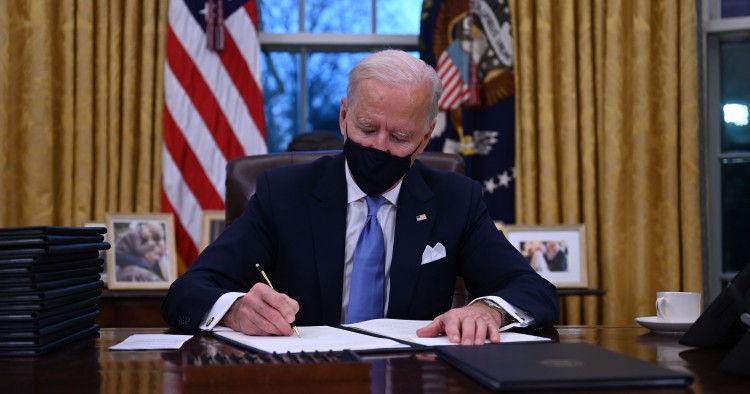 Following a tumultuous period in Washington, during which the Capitol was stormed by rioters and Donald Trump became the first president to be impeached twice, many in the United States and around the world were left feeling concerned and unsettled. Exactly one week after the attack on the Capitol, President Joe Biden was sworn in on a platform of unity. With Biden signing more than a dozen executive orders on his first day in office, much of the international community looks on with hope and relief while media outlets depict an American comeback. Despite this, events of recent weeks have taken a toll on the country’s reputation as a beacon of democracy.

As a Georgian who has seen the U.S. play a transformative role in building my country’s young democracy, the attack on Capitol Hill was something I could never have anticipated. Shock quickly turned to fear. My fear stemmed not from feeling unsafe in downtown DC, but rather from the consequences of U.S. instability and fragility on those countries that rely on its support to build democratic institutions and adopt western values. This is particularly concerning for Eastern Europe and the Black Sea – regions increasingly vulnerable to Russian influence and aggression.

The U.S. has long been a driving force behind political change in the developing world. For many countries in Eastern Europe and the Black Sea, America has set the standard for democracy. (It was somewhat ironic to hear CNN’s Chris Cuomo suggest politics in America could descend “into one of those scenes from Eastern Europe, where it descends like a donnybrook.”) These countries consistently defer to U.S. officials for guidance and feedback. Whether it’s political demonstrations, attacks on government buildings, or election results, leaders and citizens of these countries always look first to how the U.S. responds.

Perhaps most crucially, countries of this region have long looked to America as they seek greater Western integration and protect themselves from Russian interference. Of course, most of the region would never turn away from the U.S. because of a period of political instability. But if America’s democratic values continue to be compromised, it could become much more difficult to draw the more vulnerable countries away from Russia. For most of Eastern Europe and the Black Sea, democratic reform is the only way to escape Russian aggression. However, recent events under the Trump presidency have strengthened anti-Western propagandists in the region and played into Russian interests.

Georgia and Romania are two strong examples of just how transformative U.S. support can be, but also how fragile these dynamics are. More than two decades ago, the U.S. helped transform a newly independent Georgia by offering the support and resources needed to build democratic institutions. America continues to make significant investment in Georgia’s reform program – the judiciary, economy, defense, anti-corruption, among other areas – resulting in Georgia becoming a reliable American ally and the country most resilient to Russian influence in the region.

Despite this, there were several attempts by opposition media in Georgia to undermine U.S. politicians and officials working in the Trump Administration, labelling them anti-Western and pro-Russian. This is an example of the type of dangerous rhetoric that can threaten Western values in the region and jeopardize public consensus for Western integration.

Turkey is another regional country that harbors strong anti-Western sentiment and the Capitol riots have been a subject of mockery on Turkish twitter. Without a hint of irony, its government, which canceled local election results for the country’s biggest city Istanbul in 2019 when the ruling party lost, called on all parties to respect the democratic process. State owned Anadolu Agency’s coverage of the Capitol riots read “The grim scenes are an unprecedented stain on the U.S.'s peaceful transfer of power,” while the speaker of the Turkish parliament tweeted “As Turkey, we have always been in favor of the law and democracy and we recommend it to everyone.”

The Biden Administration inherits a multitude of domestic concerns and foreign policy challenges. But while America concentrates on tense relations with China and conflict in the Middle East, the country can no longer afford to turn a blind eye to Russia in the Black Sea. Countries of Eastern Europe and the Black Sea will need more support than ever in stemming the influence of the Kremlin. The recent ceasefire in Nagorno-Karabakh, which saw Russia adopt a pivotal role while the U.S. was sidelined, is just one example of what will happen if the U.S. doesn’t increase engagement and presence in the region.

As the United States navigates its own political instability and rebuilds democratic institutions, it remains to be seen whether it can continue to teach, guide, and criticize developing nations. I, for one, hope it can.

Ana Khizanishvili is a senior fellow with MEI's Frontier Europe Initiative. The views expressed here are her own.