The Case for Aiding Anbar 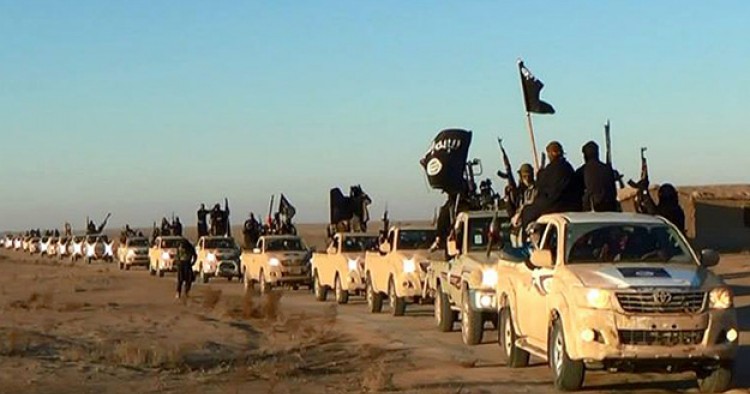 I ran into some Anbaris in Washington this week. All of them have lost friends or relatives in the fight against Islamist extremism in one form or another. They had interesting things to say.

Anbar is the virtually 100 percent Sunni Arab province of Iraq that resisted the American invasion in 2003-2004, gave birth to the Awakening movement that fought with the Americans against al-Qa‘ida in Iraq in 2006-2007, wanted American bases to remain in Iraq, hosted peaceful mass protests against Nuri al-Maliki's government in 2013, and largely fell to the Islamic State (ISIS) and its Ba‘thist allies starting in 2014. The provincial leadership is now trying to convince the United States to provide weapons, training, and coordinated air attacks to those willing to fight to take back the province. Déjà vu all over again.

The Anbaris think that ISIS is weak in their province, which they say nevertheless hosts ISIS headquarters. But the ISIS leadership consists of foreigners, who have a tense relationship even with local supporters. ISIS initially appealed to some Anbaris not only because it promised an Islamic caliphate, but also because of the existing corruption and Shi‘i hegemony in Baghdad. But now ISIS is abusing the local population with a severe application of Shariah law, which only a fraction of Anbaris support, and mass executions. It is killing Sunnis and destroying homes and hospitals. It is insisting on "repentance" from tribal leaders who opposed it. Many of those who supposedly repent also leave.

Those Anbari leaders who have left are getting signals from people still in Anbar that they are prepared to fight ISIS if provided with adequate resources and support from outside the province. The liberation should start from those parts of Anbar like Hit that ISIS has not been able to control. Anbar police would form the core of the force opposing ISIS.

The Anbaris avow a good relationship with the government of Haider al-Abadi in Baghdad. He says the right things and has managed to marginalize Maliki. More broadly, relations with the Shi‘a and Kurds have improved. But the new prime minister has not been able to deliver much in concrete terms so far. American arms for Baghdad will only start arriving in March. Abadi is under enormous Iranian pressure, with Iranian Revolutionary Guard commander Qassim Suleimani everywhere. The National Guard law, which the Anbaris support because it would set up provincially-based units to fight ISIS, is stalled in parliament. Only strong international influence will get it passed. Even then, it will take four years before the National Guard units are ready to fight. It will take three years to retrain and re-equip the Iraqi Army.

The Anbaris want to move faster with direct support from the Americans. What they need are weapons, ammunition, training, and coordination with coalition air attacks. National reconciliation, which the Anbaris say they welcome, is important, but military support is urgent. The American-led coalition against ISIS should not focus exclusively on Nineveh and Mosul. It should give priority to Anbar.

Air attacks will not suffice. The coalition needs boots on the ground to assist Anbaris who want to liberate their province. And it needs to move quickly, before ISIS is able to consolidate control and recruit more young Iraqis to its ranks. ISIS pays well, arms its cadres well, and provides "slave brides."

Anbar wants more than military means. It also wants American investment. The Koreans and Turks are economically active in Anbar, but there is no U.S. commercial presence. Nor is much left of the previous American efforts at reconstruction. The American embassy staff is confined to its fortress while Iranians travel freely. Anbar needs an internationally sponsored reconstruction fund.

The Anbari pitch is strong, well-coordinated, and thoughtful. They know what the Americans want, and what they want to hear. But Washington today seems loath to do anything that might undermine Abadi. And the Americans believe that the Kurdish peshmerga, who are available for a counteroffensive in Nineveh Province, are vital to military success against ISIS. Anbar may have to wait longer than it wants for vital international assistance.