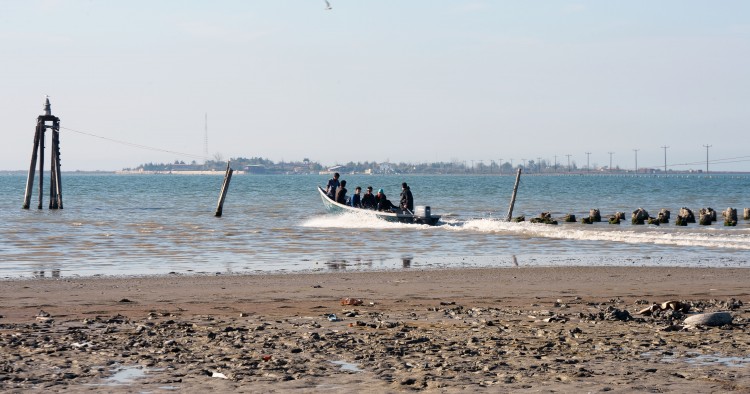 This article was published by the Caspian Policy Center.

The Caspian region has never been a top priority in the foreign policy of the Islamic Republic of Iran. However, the recent debacle in Tehran around the demarcation of the Caspian Sea was a strong reminder that Iran must closely mind the actions of its tactical partner and rival Russia in the Caspian region. Reservations about Russia’s intentions vis-à-vis Iran run deep in Iranian society, but there is little that Iran can do at present to counter Russia’s cunning strategy in the Caspian. As long as Iran remains at loggerheads with the Trump administration, its dependence on Russia and China can only deepen. At the same time, Iran’s pan-regional economic plans, including its earlier ambitions to develop energy resources in the Iranian sector of the Caspian, will have to wait.

Fearing an Iranian defeat in the Caspian

The summit between the five Caspian Sea states which took place on August 12, 2018 in Kazakhstan continues to generate much debate in Tehran. While President Hassan Rouhani’s administration defends the agreement reached at the summit, critics call it an example of Russian dominance in the region’s foreign policy.

Iran and the Soviet Union shared the Caspian Sea from the early 1920s until 1991 in a set-up that informally divided the sea 50-50 between the two states. Kazakhstan, Azerbaijan, and Turkmenistan have insisted on a minimum 20 percent of the Caspian since 1991, when the Soviet Union collapsed and was replaced by Russia.

The most controversial part of the dispute concerns how to share the seabed and the oil and gas reserves underneath it. However, this issue has been left to be resolved at a later point. In the meantime, the five states that border the Caspian Sea have agreed to divide the body of water into five sections for economic exploitation, which extend up to ten miles from their coast, and five sections for fishing, which extend up to 15 miles from their coasts. The most contentious and difficult determination remains to be made.