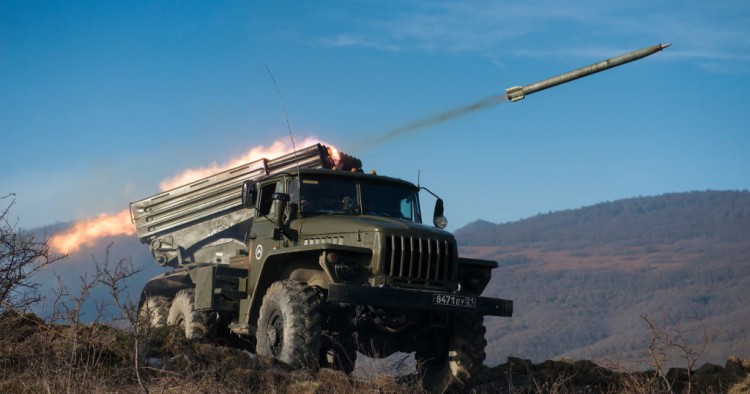 The COVID-19 pandemic poses immense humanitarian, economic, social and political challenges for the world. However, the threat is especially serious for those affected by ongoing or protracted conflicts. Despite United Nations Secretary General António Guterres appealing for a global ceasefire, there are many conflicts which are not at the forefront of international attention but remain extremely vulnerable to COVID-19. Among them are ongoing and protracted conflicts in the Black Sea and South Caucasus regions, each facing a different set of challenges in tackling the coronavirus outbreak.

Managing outbreaks in areas of conflict

Abkhazia, Tskhinvali/South Ossetia and Nagorno-Karabakh are three conflicting regions in the South Caucasus which face real danger. These regions are challenged by questionable strategies and limited resources to fight the virus. Despite there being just nine confirmed cases in Abkhazia and 14 in Nagorno-Karabakh at time of writing, both regions have been inconsistent in taking preventive measures to reduce the spread of COVID-19. On March 22, the region of Abkhazia held snap so-called presidential elections. Similarly, Nagorno-Karabakh conducted so-called presidential and parliamentary elections on March 31 with record voter turnout. And despite the region having confirmed cases of COVID-19, a second round of presidential elections was held on April 14. Local authorities in Nagorno-Karabakh claimed to adopt preventive measures, including limiting access to Armenian observers who had tested negative for the coronavirus and distributing 80,000 masks and pairs of gloves to voters on election day.

The Georgian government was quick to adopt precautionary measures to avoid the spread of COVID-19, such as targeted lockdowns and suspensions, even when the country had just a few confirmed cases. The country’s response has been met with positive assessments from international health experts. However, Georgia cannot replicate its successful approach in its breakaway territories for two reasons. First, the de facto leadership of both regions have publicly demonstrated reluctance to accept support from the Georgian government. Second, both regions are heavily dependent on Russia and therefore limit – if not totally reject – on-the-ground presence of international organizations.

The latter is a more prominent concern for Tskhinvali/South Ossetia. Abkhazia has accepted basic medical supplies from the World Health Organization (WHO), funded by the United States Agency for International Development (USAID), and has invited WHO and United Nations Development Program (UNDP) experts to meet with local authorities and provide advice and basic medical treatment.

In contrast, Tskhinvali/South Ossetia is closed to international organizations and aid, with the exception of the International Red Cross – the only foreign agency permitted on-the-ground. So far, one of the ‘preventive’ measures taken by the leadership of Tskhinvali/ South Ossetia has been the closure of crossing points with Georgia proper. The region has confirmed 22 cases of the coronavirus, and a lack of quality medical materials, testing equipment and expertise means its people are especially vulnerable to an outbreak. Meanwhile, the Russian Federation has isolated the Tskhinvali/South Ossetia region even further by closing its own borders.

In the wider Black Sea region, Transnistria, the breakaway region of Moldova, is another territory of protracted conflict which is particularly vulnerable to COVID-19. At time of writing, there are 4,927 confirmed cases in Moldova – higher than in any of the South Caucasus countries. A similar trend is seen with the case of Transnistria where there are 605 confirmed cases – higher than in Abkhazia, Tskhinvali/South Ossetia and Nagorno-Karabakh. Both Moldova and Transnistria declared a state of emergency on March 17. Alongside other measures, Moldova has deployed 45,000 healthcare professionals to tackle COVID-19 and has imported treatment from Ukraine and Romania.

Challenges for Donetsk and Luhansk

More than six years of armed conflict with Russia has significantly deteriorated Ukraine’s healthcare infrastructure. Medical facilities – already overburdened with the war – must now also manage a pandemic that has overwhelmed much stronger and well-equipped healthcare systems of countries at peace.

The situation is particularly dire in the Russian-controlled territories of Eastern Ukraine. Kyiv and international organizations are denied access to the territories and prevented from delivering medical supplies or providing support for understaffed healthcare centers. In contrast to its military commitment in the region, Moscow has not been forthcoming with medical assistance for the people of Donetsk and Luhansk.

Medical centers in both regions are not equipped with essential testing kits and protective masks to mitigate the further expansion of the virus, and the number of infected patients is rising daily. The Government of Ukraine has urged Russia ‘as an occupying state to take all necessary measures to protect life and health of the population of these territories.’ However, instead of providing sufficient medical and humanitarian support, the Kremlin has continued to exploit the situation to advance its political interests. In March, President Vladimir Putin connected delivery of aid with the lifting of international sanctions introduced following Russia’s invasion of Ukraine.

Another challenge along the contact line in Ukraine is a shortage of medicine and detection kits. Despite strict national guidelines on self-isolation, more than 250, 000 Ukrainian troops remain mobilized as the war continues. In March alone, the ceasefire was broken 287 times, claiming the lives of eleven Ukrainian soldiers. As with any area of armed conflict, military personnel responsible for protecting Ukraine are especially vulnerable to the COVID-19 threat.

The virus has further exacerbated the humanitarian crisis for those affected by ongoing conflict. Centers which are sheltering internationally displaced persons are located far from urban areas in Ukraine, meaning limited access to healthcare facilities. More than 3.4 million people in the country, around two million of which are living in occupied territories, are reliant on humanitarian assistance. They desperately need medical kits, sanitizers and basic equipment. However, restrictions on movement and closed checkpoints between government-controlled and breakaway regions have hindered delivery of aid. Moreover, almost one-third of the population of Donetsk and Luhansk are elderly. This vulnerable group can no longer cross the contact line to receive their state pension and primary income.

A window of opportunity?

In these regions of ongoing and protracted conflicts, quality healthcare systems, processes to engage with international aid organizations, and the ability to communicate effectively with the public are limited.

Conflict has made Ukraine ill-equipped to mitigate the effects of the pandemic. It has weakened institutions, increased instability and fostered division within the country, all of which has affected Kyiv’s response to the COVID-19 outbreak. The government has no control or oversight in the occupied regions of Eastern Ukraine, nor can it provide reliable data on infection rates (official COVID-19 statistics exclude Crimea). Moreover, the separatists have not followed Kyiv’s advice for containing the virus and introduced mandatory quarantine much later than the rest of the country. It has been left to civil society, the business community and international partners – including the EU, the UN and the United States – to help mobilize resources for war-torn Ukraine.

Meanwhile, the virus has introduced a level of uncertainty in Nagorno-Karabakh, with the suspension of on-the-ground monitoring missions presenting an opportunity for either side to take advantage of the situation for their own gain. However, this hasn’t been the case. The foreign ministers of Armenia and Azerbaijan, as well as co-chairs of the OSCE Minsk Group, have conducted remote consultations and arranged joint video conferences to discuss the pandemic in the region. Despite the postponement of previously agreed humanitarian measures, open lines of communication between both sides suggests there is hope for the peace process. Meanwhile, the Moldovan government went further in its approach by suggesting the closure of the Moldovan-Ukrainian border on the crossing points with Transnistria. The government has also used COVID-19 an opportunity to discuss the country’s reintegration.

Georgian leadership has already taken some steps to demonstrate its readiness to assist Abkhazia and Tskhinvali/South Ossetia. The government has pledged testing and treatment to both breakaway regions and has equipped a newly constructed hospital in Rukhi (close to the contact line) with the resources needed to receive and treat patients from Abkhazia. Russia has deployed radiation, chemical and biological unit troops from the Black Sea Fleet to Abkhazia, claiming to help combat COVID-19. It has also provided thermal imaging machines to screen temperatures at the Psou River (the contact line between breakaway Abkhazia and Russia). As with the situation in Ukraine, Russia is strengthening its military positions in conflicting regions instead of providing sufficient medical and humanitarian support.

While Georgia does not enjoy free movement of people and goods across its conflict divides, the COVID-19 pandemic could be seen as a ‘window of opportunity’ and an exercise in trust building. This is particularly true for Abkhazia which has a new leader who has publicly signaled willingness to engage with the Georgians. The virus could be an opportunity for Tbilisi and its Western allies to engage more actively and openly with the Abkhaz leadership, beginning with a conversation on managing the spread of pandemic and minimizing human cost across the occupation line.

The digital Middle East: Another front in Russia’s information war