Charting a Course for a Better Future: Responding to the Crimes of the Past 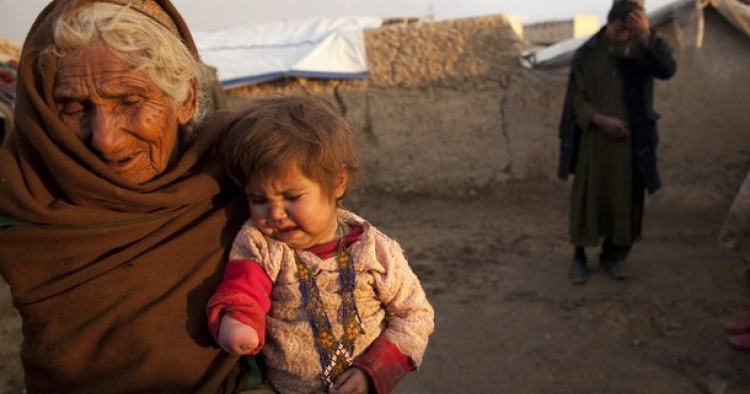 Thirty years of war have taken an enormous toll on all aspects of Afghan society whose traditional social fabric has broken down, giving rise to a new generation of political and military elites. The cycles of violence over the past three decades have included massive human rights abuses by all parties, leaving a legacy of pent-up grievances and profound feelings of injustice.

The results of a national consultation published by the Afghan Independent Human Rights Commission (AIHRC) in January 2005 showed that more than 68% of Afghans had suffered the loss of a loved one or injury during the years of war and that the majority of those questioned urgently wanted to see war criminals brought to justice. The report urged the government to take action to address the abuses of the past, including supporting criminal investigations and prosecutions, arranging for reparations for the victims, as well as vetting public officials to keep criminals out of power.[1] Yet, there has been little progress in addressing the crimes of the past or in preventing their recurrence.

The Legacy of War: Justice Served?

The question of addressing the past and delivering justice for victims of human rights violations has cast a long shadow over the post-2001 transitional process launched in Bonn. Feelings of victimization and injustice stemming from the previous years of warfare are interwoven with multiple and contradictory versions of the history and causes of conflict in the collective memories of various communities. These feelings continue to influence political behavior and alignments.

What has further complicated the situation is the policy of the international community and of the post-Taliban Afghan government of accommodating and integrating former militia commanders and war elites, many of whom have blood on their hands, into the official structure of the government. In fact, former militia commanders and alleged war criminals formed the backbone of the post-Taliban administration and are still playing influential roles in the country’s politics. At the time that the transitional government was established, it was believed that any attempt to bring these individuals to justice would jeopardize the fragile political process. But contrary to the hope for reform, many of these figures and groups continued to commit human rights abuses with impunity.

Attempts to reform and strengthen the justice system have produced few tangible results. The traditional perception of rampant corruption and lack of impartiality in the Afghan justice system is compounded by widespread corruption in the justice and security institutions. Furthermore, there are many parts of the country where justice and the rule of law is virtually non-existent and perpetrators of human rights abuses occupy key positions of power and continue to act with impunity. The present Afghan judicial system lacks the capacity to address crimes and losses of this magnitude. Cases of serious human rights abuses committed since the fall of the Taliban regime have yet to be investigated and prosecuted.

Many government institutions and officials who are meant to provide security and justice and protect the human rights of the people are viewed by ordinary Afghans as major sources of insecurity and injustice. A survey by the Human Rights Research and Advocacy Consortium in 2004 found that victims across the country often do not trust the people who are authorized to dispense justice. Many respondents asserted that they do not see major differences between former militias and the newly trained national police force. The domination of justice and law enforcement agencies by former militiamen and factional commanders remains a key contributor to the pervasive sense of insecurity throughout the country.[2]

Based on the findings of the reports and surveys, the Afghanistan government in consultation with the United Nations Assistance Mission in Afghanistan (UNAMA) and the AIHRC developed a plan of action for peace, reconciliation, and justice which was approved by the cabinet in December 2005 and officially launched a year later. The plan, which was to span a three-year period, includes five key actions: acknowledgement of the suffering of the Afghan people through symbolic measures, institutional reform, truth seeking and documentation, promoting reconciliation and national unity, and the establishment of accountability mechanisms. Despite the strong emphasis on the need to maintain stability and ensure reconciliation, the Afghan government has committed itself to an action plan that ends amnesty for perpetrators of war crimes, crimes against humanity, and other gross violations of human rights.

However, the Afghan government has displayed a chronic lack of political will to implement the plan. Except for some symbolic moves, it has failed to fulfill its main obligations. The three-year timeframe for the action plan has expired, and there are few signs that the state will honor its commitments.

It is increasingly apparent that many of Afghanistan’s problems, including the growing insurgency, are being fed by a prevailing culture of impunity, weak or absent rule of law, and corrupt and abusive state institutions, particularly at the provincial and district levels. This is because the lack of accountability for past and present human rights abuses deprives the Afghan state and its international partners of the political and moral authority that is necessary to win and maintain the confidence of the Afghan population.

Towards a Culture of Accountability

In the face of a growing insurgency and fears of public disengagement from the political process, the international community has come to recognize the urgent need to tackle corruption, improve the rule of law, and negotiate a political settlement with the insurgents. However, these issues can only be dealt with effectively if they are placed within the larger context of the political, social, and historical realities of the country. Corruption can only be addressed if it is viewed as part of the pervasive culture of impunity and weak rule of law, and a political accommodation with the insurgents can only be reached if it is based on a solid foundation of justice and meaningful reconciliation. The past eight years have clearly shown that short-sighted political compromises and power politics are not the solutions. Peace, stability, and democracy can best be achieved and sustained when Afghanistan makes a clear break with its past — when the Afghan government, vigorously supported by its international partners, make it a priority to replace the culture of impunity with a culture of accountability.

[1]. The report, A Call for Justice, is available at the website of the Afghan Independent Human Rights Commission, http://www.aihrc.org.af.