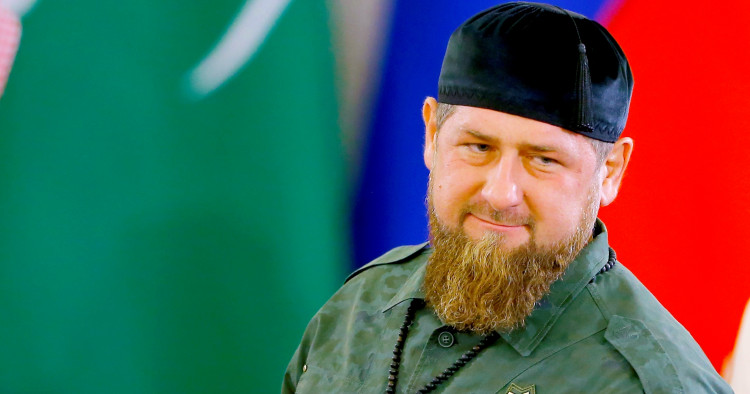 Among the most striking geopolitical developments of the recent decade have been the convoluted and at times fraught interactions between Russia and Turkey (Türkiye), two regional rivals with a centuries-long history of bad blood. When, in November 2015, Turkey downed a Russian Su-24 fighter-bomber, which Ankara said had violated Turkish airspace near the Syrian border, or later, in early 2020, when Russian-backed forces killed 33 Turkish soldiers in northern Syria’s “de-escalation zone,” many genuinely feared an “open international military confrontation.” The two countries are at loggerheads not only over Syria, where they still maintain a military presence and back opposing sides, but also a plethora of other issues, such as the Russo-Ukrainian War, the sale of sophisticated Turkish weaponry to Kyiv, sovereignty over Crimea, the Azerbaijani-Armenian conflict over Karabakh, and Libya’s protracted crisis, to mention but a few. Amazingly, however, two neighbors that should presumably be at each other’s throats over their seemingly irreconcilable differences have managed to maintain largely cordial relations — and even make attempts to expand their ties. Year after year and month after month, President Vladimir Putin and his Turkish counterpart, Recep Tayyip Erdoğan, doggedly surmount one obstacle after another, apparently cognizant of the economic and security risks that would come about as a result of any renewed downturn in their relations.

The latest bilateral talks in Sochi, on Aug. 5 — the second time both presidents have met in a month — did not buck the trend. “Ongoing regional and global challenges notwithstanding, the two Leaders reaffirmed their common will to further Türkiye-Russia relations,” the joint statement issued after the meeting read. Russia and Turkey, ever eager to play down their differences, agreed to strengthen their economic and trade ties, facilitate the delivery of grain from Ukrainian ports, preserve Syria’s territorial integrity, and “act in coordination […] in the fight against all terrorist organizations.” There were, however, clear indications that Russia’s plans for the Sochi talks went beyond bilateral trade, Ukrainian grain exports, or security cooperation in Syria.

On the day of the Sochi meeting, Chechen Republic head and close Putin ally Ramzan Kadyrov, who had previously dispatched his troops both to Syria and Ukraine, announced in a Telegram post that “during the face-to-face talks between Vladimir Vladimirovich Putin and Recep Tayyip Erdoğan, I personally made the acquaintance of Turkish Foreign Minister Mevlüt Çavuşoğlu and the head of the Turkish National Intelligence Organization, Hakan Fidan. We had an unofficial, meaningful and productive conversation, during which we came to a common opinion on the need to establish close cooperation between Turkey and the Chechen Republic on various issues.” Kadyrov claimed that “the distinguished guests” extended to him an invitation to visit their country, which he accepted. Kadyrov’s outreach to the Turkish leadership appears to have been specifically timed to coincide with the Erdoğan-Putin summit and was likely endorsed by the Russian president himself. The Turkish officials’ rationale for meeting with Kadyrov, apart from mere diplomatic courtesy, must have had to do with the Chechen strongman’s special relationship with Putin, growing reputation as Russia’s most influential regional leader, and Turkey’s effort to secure Moscow’s cooperation on Ankara’s planned offensive in northern Syria — although Çavuşoğlu denied Turkey needs “anyone’s permission to conduct military operations [...] in Syria.”

Neither Çavuşoğlu nor Fidan has commented on meeting Kadyrov or inviting him to Turkey. But if the claim is true, it would signify both a major coup for the Chechen strongman and possibly Turkey’s backsliding on some of its previous commitments. While looking to tighten its bond with Russia, Ankara, for the last 15 years or so, has had to grapple with one significant irritant — the Kremlin’s campaign of targeted killings on Turkish soil. Tellingly, the campaign focused primarily on Russian citizens of Chechen origin: former field commanders who fought against Moscow during the two Chechen wars, activists or media figures. On one occasion, the assassins killed a Turkish national with Chechen roots, Medet Önlü, who represented the Chechen separatists in Turkey. Few of those attacks were conclusively investigated, leaving many Chechens who had taken up residence in the country feeling vulnerable and anxious about the future.

Last year, however, Turkey’s National Intelligence Organization (Millî İstihbarat Teşkilatı, MİT) scored an important victory when it arrested a small hit squad that, the agency said, was planning to liquidate at least two Chechen dissidents on Kadyrov’s orders. Four Russians, an Uzbek, and a Ukrainian national, who made up the core of the group, were charged with “political and military espionage” while Adam Delimkhanov, a lawmaker in Russia’s lower house of parliament and Kadyrov’s right-hand man, was identified as the chief coordinator of the planned killing. Shortly after the arrests, Kadyrov flew to Turkey in what local Chechen sources speculated was a last-ditch effort to secure the release of the hapless assassins, but that mission ended in failure. Turkey’s Chechen and Caucasian communities heaved a collective sigh of relief at the news and the MİT’s subsequent assurances that Turkey will remain “a safe haven for asylum-seekers and political dissidents targeted by the intelligence services of other countries.” However, if the deal Kadyrov boasts about in his recent Telegram post was, indeed, concluded, the disquiet within those communities is likely to return.

In his previous meetings with Turkish officials, the Chechen leader had repeatedly complained that Turkey shelters “‎individuals who have committed serious crimes in the Chechen Republic” and even called on Erdoğan to extradite a few alleged terrorists. The “close cooperation between Turkey and the Chechen Republic” Kadyrov refers to in his Telegram post may very well reflect his hope that Ankara will finally become more responsive to his requests to hand over his foes. Yet Chechnya has little to offer in return, particularly since the Chechen leader has had only a partial role in the Russian security services’ campaign of assassination of Chechen dissidents living abroad. Whatever Kadyrov’s expectations are, it seems unlikely Turkey will depart from its long-standing policy of not extraditing Chechens to Russia.

The overall size of the ethnic-Chechen community in Turkey may be in the low millions, composed mainly of descendants of those exiled from the North Caucasus by invading Tsarist Russian forces in the 19th century. However, since the first (1994-1996) and second (1999-2000) Chechen wars, Turkey has also become home to an estimated 1,500 Chechen refugees. Many of them traveled there seeking medical treatment, including former Chechen resistance commander Abdulhakim al-Shishani, one of Kadyrov’s alleged targets. Al-Shishani arrived in Turkey in 2009, after being seriously wounded fighting in Chechnya, but he was then unable to return to Russia

Ankara’s apparent overture to Kadyrov could, moreover, trigger a negative reaction from Ukraine, where the Chechen head is considered a war criminal. Kadyrov had repeatedly called for the invasion of the country even before Feb. 24, and, as mentioned above, has regularly sent his “volunteer battalions” to the front lines. Turkey, which has been expanding its military-technical cooperation with Ukraine for several years now, would be well advised to show greater sensitivity toward public sentiment in Ukraine. Kadyrov’s enthusiasm for the war has so riled up the Ukrainians that a group of Verkhovna Rada (national parliament) deputies openly backed the secession of Chechnya from Russia by proposing a bill calling for the recognition of the separatist Chechen Republic of Ichkeria.

That initiative faces an uphill battle outside of committee; but it was welcomed by virtually all Chechen opposition groups, especially in Turkey, which had offered refuge to numerous North Caucasian separatists and where the notion of Chechnya’s freedom resonates even within the broader Turkish society. Just a few months ago, a town in Turkey’s northwest unveiled a park named after Dzhokhar Dudayev, Chechnya’s 1990s independence leader, prompting Moscow’s “disapproval” and eliciting a threat from Kadyrov to “immortalize in Grozny the name of the founder of the Kurdistan Workers’ Party [PKK], Abdullah Öcalan.” Numerous other sites in the country bear the name of Dudayev, who is viewed by many in Turkey as “the heroic and legendary leader of the Chechen struggle,” much to Kadyrov’s and the Kremlin’s chagrin.

Ultimately, rolling out the red carpet for Kadyrov, who has long reveled in his unofficial role as Russia’s chief purveyor of violence, never shied away from voicing anti-Ankara sentiments, and has been targeted by many states with travel bans, may not be in the interests of the Turkish Republic itself.

Dr. Aslan Doukaev is an expert on the North Caucasus.