China and the Black Sea Region: A Bridge Too Far? 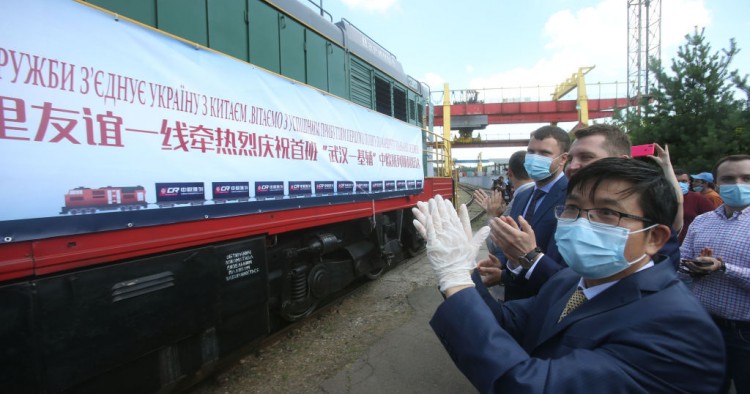 Since the inception of its Belt and Road Initiative (BRI) in 2013, China has substantially expanded its political, legal, trade, economic, educational, scientific, and cultural presence in the Black Sea region. The People’s Republic of China (PRC) has pursued various initiatives with the littoral states to open new markets for Chinese goods, acquire local industries through loans and investments, and most importantly build infrastructure connecting China with Europe and the Middle East via the Black Sea. Chinese influence in the region has been largely economic, though its activities could eventually have diplomatic and security implications as well.

Yet, the PRC’s trade, transit, investment, and other activities in the Black Sea region have been significantly less than in many other regions of the world. Although Chinese and local partners regularly announce enormous commercial deals in memoranda of understanding, actual concrete projects have been surprisingly few and small. One reason for this lagging PRC presence is that some of these countries have less to offer Chinese investors or exporters. Another is that the Black Sea has become a major region of East-West competition and the Trump Administration has increasingly discouraged littoral countries from developing close economic and security ties with both Russia and China.

Countries in the Black Sea region seek partnerships with China for several reasons. First, these states want to attract Chinese trade, investment, loans, and technology. Second, China is a  world power with substantial influence in many regions of the world. For example, its permanent membership on the UN Security Council grants Beijing influence over many issues of interest to Black Sea states. Third, except for a few core issues—like Taiwan, Xinjiang, and Hong Kong—Chinese representatives are indifferent to their economic partners’ domestic policies. Fourth, China is a potential balancer to Russia and source of leverage regarding other European countries and the United States.

Trade and investment projects have primarily focused on the region’s finance, energy, transit, and infrastructure sectors. From Beijing’s perspective, the Black Sea area provides a connection with the rest of Europe as well as the Caucasus and the Middle East. Its territory could offer key transit routes for energy pipelines, maritime shipping, and rail and road transport. Besides individual deals, PRC companies have used business forums and trade fairs to strengthen local business ties. Another mechanism of influence has been the China-Central and Eastern European Countries (China-CEEC) process, also known as the “16+1” and later “17+1” Initiative, which includes the two EU members bordering the Black Sea: Romania and Bulgaria. Confucius Institutes established in the Black Sea region have helped promote Chinese culture and language. The PRC government has gained some goodwill from providing shipments of medical aid during the COVID-19 pandemic, but also suffered some popular backlash through its repressive policies in Hong Kong, Xinjiang, and elsewhere, especially by pressing Black Sea governments not to oppose these policies.

Turkey has become an important Chinese partner. When the BRI was launched in 2013, President Recep Tayyip Erdogan noted “we were one of the first countries to endorse this initiative.” More than a thousand PRC companies now operate in Turkey, with Chinese investment expected to reach $6 billion by 2021. The Marmaray Tunnel linking Europe and China via rail has received substantial PRC investment. Bilateral trade reached $23 billion in 2018. That same year, the number of Chinese tourists visiting Turkey approximated 500 000. Ankara has turned to PRC firms to purchase missiles and other defense technologies after the United States began to decline making such sales. A decade ago, the Turkish armed forces were considering purchasing the Chinese FD-2000 air-defense system before eventually buying the Russian S-400.

In 2010, the Turkish military even hosted an exercise with the People’s Liberation Army (PLA) Air Force. Though Sino-Turkish military cooperation has remained modest, discussions on possible future defense industrial collaboration continue. PRC officials do not attack Ankara’s policies towards the Kurds, talk about an Armenian Genocide at the hands of the Ottoman Turks, criticize Turkey’s repression of media freedoms, or otherwise seek to interfere in Turkey’s internal affairs. In return, Turkish officials have ceased championing Uighur [Turkic Muslim] rights in China.

Turkey has its own Silk Road infrastructure project, known as the Middle Corridor (MC), which aims to link Europe, Central Asia, and China. There is a clear opportunity for collaboration with China when it comes to linking the MC and BRI, though it remains to be seen how compatible the two projects are in practice. The Turks complain about the massive trade imbalance in China’s favor and their hopes for massive foreign direct investment from the Chinese government have yet to materialize. Nonetheless, Turkey needs China’s economic support given other countries’ trade sanctions, Turkey’s stubbornly high unemployment rate, the country’s currency crisis, and other challenges. Erdogan’s recent domestic and foreign policy decisions have alienated Turkey’s traditional allies; having new partners like China helps compensate this loss.

Ties with Ukraine offer China several advantages unavailable from the other Black Sea littoral states, notably agricultural products and defense industrial ties. China has surpassed Russia as Ukraine’s leading trading partner. In 2019, some 15 percent of Ukraine’s total imports came from China, while about 7 percent of Ukraine’s total exports went to China. Ukraine has benefited from the Sino-American trade war, which has led China to buy more foodstuffs from non-American sources. During the 1990s, the PLA acquired its first aircraft carrier, Antonov transport aircraft, and other significant defense technology from Ukraine. In 2017, after the Ukrainian government suspended defense dealings with Russia, Ukraine became the second largest supplier of weapons to China. China overreached starting in 2017 though, when it tried to acquire Motor Sich, a leading Ukrainian helicopter and airplane engine maker. If China had been successful in this acquisition, the technology would have substantially aided the PLA’s aviation engine modernization efforts. Due to U.S. pressure and other developments, the transaction never occurred, and Sino-Ukrainian military cooperation has since decreased.

For Ukrainians, China offers important export and investment opportunities, a pivotal role in Ukraine’s goal of deepening its ties with Asia, as well as a potential counterweight against Russia. Being one of the poorest European countries, Ukraine wants to attract investment, trade, and tourists from China. In July of 2020, the first container train from Wuhan arrived in Kyiv. Ukraine has also become one of the first countries to reopen its borders to Chinese tourists after the PRC contained the COVID-19 outbreak in Wuhan. Yet, despite announcements of several billion-dollar joint projects involving Ukraine’s transportation sector, only some minor ventures have been implemented. To date, Ukraine has not been a significant partner for any BRI project. Overall, China remains a relatively modest investor in Ukraine

Though Turkey and the EU remain Georgia’s main economic partners, China’s share of Georgian trade has been rising. In January 2018, the Georgian-PRC Free Trade Agreement entered into force; it eliminates tariffs on more than 90 percent of Chinese imports and exports with Georgia. Wine, mineral water, and agricultural products are popular trade items. China has shown serious interest in Georgian infrastructure, particularly as a corridor to connect the Caspian region with both Europe and China. For instance, China has taken interest in the new 829-kilometer Baku-Tbilisi-Kars railway connecting Azerbaijan to Turkey via Georgia. Chinese has become the third most popular foreign language taught in Georgian universities after English and German. Yet, Georgia still trades less with the PRC than with Russia, the EU, or Turkey. The trade is imbalanced; imports exceed exports $858.7 million vs. $227.6 million. The total amount of FDI from China since 2002 is less than one billion dollars—most of that is in the construction sector. PRC investment in 2018 amounted to $65 million but was $220 million in 2014.

Beijing’s approach with Romania and Bulgaria have followed diverging paths. Initially, Romanian leaders were very optimistic about the benefits of strengthening economic ties with China. They had anticipated receiving more than $10 billion in PRC FDI that would create thousands of jobs. Of the billions of dollars of proposed PRC investment, few ever materialized. Following years of negotiations, the Nuclearelectrica company recently terminated plans for the construction of two nuclear reactors with the China National Nuclear Corporation. The PRC was eager to use the $8 billion project as a springboard to enter the EU nuclear energy market.

Though the value of trade between Romania and the PRC doubled since 2008, exceeding 5.1 billion euro in 2018, China only provides 5.3 percent of Romania’s total imports, which places China fifth among Romania’s importing countries. And the trade imbalance is strongly in China’s favor, with imports from China exceeding Romanian exports by six times. Notwithstanding initially grandiose plans, Romania attracted only $1.3 billion in Chinese FDI between 2000 and 2019. Though Constanta may be the Black Sea’s largest port, a U.S. military base lies less than 50 km away, making Chinese investment in Constanta improbable. Romanian President Klaus Iohannis has recently pursued an extremely pro-American foreign policy. During his visit to Washington in August 2019, the two governments signed a memorandum of understanding that effectively excludes use of Huawei to build Romania’s 5G network.

In contrast, Bulgaria’s ties with China have been on the upswing. At the 16+1 Summit held in Sofia in 2018, Bulgarian President Rumen Radev offered an extremely optimistic view of Sino-EU cooperation. China is still seeking to invest in Bulgaria’s two major Black Sea ports, Varna and Burgas, as well as the $10 billion Belene Nuclear Power Plant. Nonetheless, planned joint ventures in the automobile and aviation sectors have failed. Despite their hopes to improve their poor infrastructure, which lags behind that of many other EU members, Chinese investment in both countries has been disappointing. On multiple occasions, major PRC-linked projects failed or never materialized. Neither country has sought large PRC loans as EU development funds are more advantageous. U.S. security guarantees are more important, at least to Romania, than the decreased expectation of economic benefits from China. Romanian and Bulgarian citizens identify with Western rather than Chinese values.

Several reasons explain why the growth in China’s economic presence and political influence in the Black Sea region has proved so modest. First, PRC traders and investors have prioritized other regions, such as Western Europe and the United States. Second, as middle-income countries with major economic opportunities in other parts of Europe as well as nearby Eurasia, the Black Sea states are neither as desperate for PRC economic assistance and cooperation as the Central Asian countries nor as enticing to Chinese investors as some other European states. Third, the initial enthusiasm for the BRI in several Black Sea states has faded in recent years after China’s BRI-related FDI peaked in 2016, then fell back. The value of the intermediate transit countries for Beijing has accordingly decreased. Finally, changing great power relations have had a major impact on China’s opportunities and challenges in the Black Sea region. China has undertaken only intermittent military activities in the Black Sea area, such as the 2015 deployment of two PLA Navy frigates on a joint exercise with the Russian Navy, because the region has become a front-line arena of Russian-NATO rivalry since Moscow’s 2014 annexation of the Crimean Peninsula, which has led to a dramatic increase in Russian and NATO activities in the area. The PRC initially benefitted from the deterioration of Russia’s relations with many of these countries, since Beijing was seen as a more acceptable economic partner than Moscow. Furthermore, China’s close relations with Russia have not impeded the PRC's developing ties with the countries in the Black Sea that are anxious about Russian ambitions for the region since Moscow has not overtly complained about Beijing’s developing ties with them. As U.S. tensions with the PRC rose, however, Washington has increasingly pressed some of its Black Sea allies and partners to curtail their ties with China. This U.S. stance looks to continue no matter who is elected U.S. president in November.

Photo by by Sergey Starostenko/Xinhua via Getty