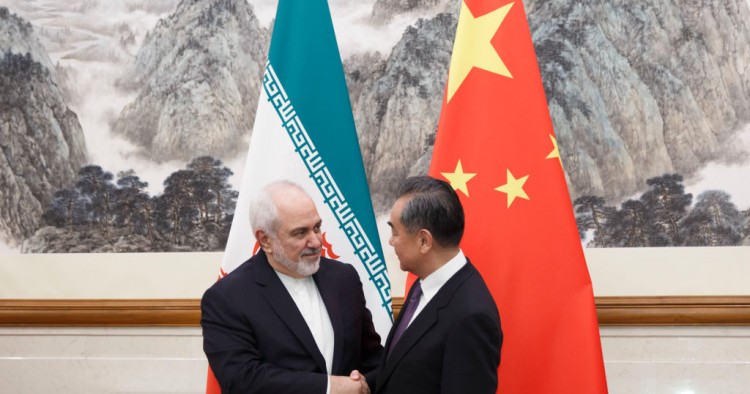 Iranian Foreign Minister Mohammad Javad Zarif’s visit to the G-7 summit in France late last month was a surprise to many in the West. Some even viewed it as a good omen. But for the Iranian leadership, Zarif’s quick trip to Biarritz was always a long shot and with little chance to turn the tide in the U.S.-Iranian standoff. Such doubts were confirmed in the days that followed. U.S. President Donald Trump’s administration still refuses to lift sanctions on Iranian oil, and Tehran will not engage in direct talks with Washington until some unequivocal relief from sanctions is first provided by the U.S. side.

Feel-good symbolism aside, Zarif departed Biarritz empty-handed. His next trip held more promise, anyway. Before he even arrived in Beijing, Zarif had already put pen to paper for China’s prominent Global Times. His call in that op-ed for consolidating what he labeled a “strategic partnership” with China is a recurrent aspiration of the leadership in Iran. But despite Tehran’s deep need for Beijing to come to its rescue, the prevailing view there is that a qualitatively different relationship with the Chinese government is needed before Iran can commit itself to becoming China’s anchor in Western Asia. The question is how China sees its own long-term interests in Iran.

In the big geopolitical clash that is underway between the United States and China, it makes little sense for Beijing to submit to Washington’s agenda of isolating Tehran. In fact, the Chinese have already openly breached U.S. economic sanctions on Iran by continuing to buy Iranian oil, among other things. Some observers go as far as predicting a wholesale Chinese bailout to rescue Iran from the claws of the Trump administration: “Iran is the key to China’s plans, just as China’s plans are key to Eurasia’s destiny,” the author Robert Kaplan recently wrote in the New York Times.