Compounded stress: The impact of the war in Ukraine on the Middle East and North Africa 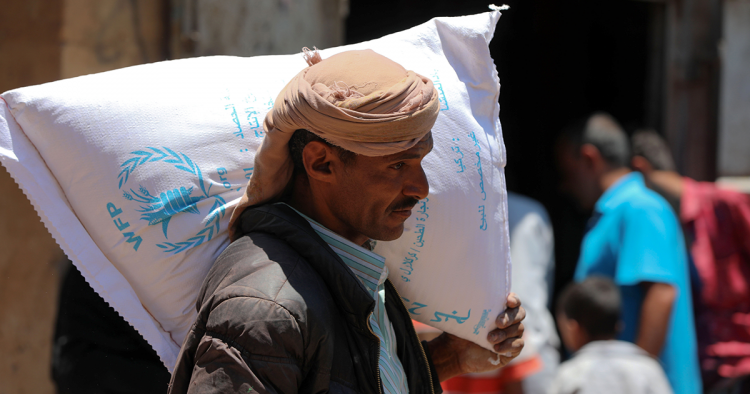 The rapid evolution of the war in Ukraine and its horrendous humanitarian consequences caught many of us by surprise. The Middle East and North Africa (MENA) region is unfortunately prone to such senseless violence. The region only appears to be a distant neighbor, with just roughly 1,000 km if we trace an imaginary straight line from Ukraine to countries in the Middle East. Economically, some MENA countries are also very close to Ukraine and Russia as trade partners. As such, the effects of the crisis will materially — although heterogeneously — impact the MENA economies, and, sadly, can have a compounding negative effect on food security and welfare across the region. This, on top of COVID-19, supply chain disruption, and country-specific domestic issues.

Schematically, we can sum up the main channels of impact into five categories, including: 1) food price shocks (especially wheat), 2) oil and gas price hikes, 3) global risk aversion/flight to safety (which could impact private capital flows to emerging markets as a whole), 4) remittances, and 5) tourism.

There can be no winners in a war as devastating as Ukraine’s, but hydrocarbon exporting countries like Qatar, Saudi Arabia, Kuwait, Libya, and Algeria might see improvements in both fiscal and external balances and higher growth. Especially those exporting gas are likely to see a structural increase in demand from Europe, as EU authorities announced interest in diversifying their sources of energy supplies.

Non-oil producers, however, will experience negative outcomes leading to additional social stress. Remittances — especially those emanating from expatriates based in the GCC — will only very partially offset some of the hydrocarbon shock (e.g., for Jordan and Egypt), while countries that are more exposed on tourism, for example, Egypt (where Russians and Ukrainians have represented at least one-third of tourist arrivals), are projected to experience sluggishness in the sector, with some negative repercussions on employment and the balance of payments.

Finally, several MENA economies will be materially and negatively impacted by the conflict in Ukraine (e.g., Lebanon, Syria, Tunisia, and Yemen). These are the countries that primarily rely on Ukraine and/or Russia for their food imports, and particularly for wheat and cereals. The crisis is set to disrupt grain and oilseeds supply chains, increase food prices, and shoot up domestic production costs in agriculture. Reduced yields and incomes, especially for small-scale farmers, will have adverse implications for livelihoods and likely disproportionately affect those, among the poor and vulnerable, who are dependent on farming for their income. At the top of our concerns are MENA’s already fragile countries — like Syria, Lebanon, and Yemen — where the Ukrainian crisis risks to dramatically jeopardize access to food. Syria imports roughly two-thirds of both its food and oil consumption, and most of its wheat is specifically from Russia. Lebanon imports from Ukraine and Russia over 90% of its grain and only has about a month of grain reserves. Yemen imports about 40% of its wheat from the two countries at war. People experiencing crisis or, even worse, acute food insecurity in Yemen climbed from 15 million to over 16 million in just three months, at the end of 2021. The war in Ukraine will only worsen this already bleak dynamic in Yemen.

The compounding shock of the war in Ukraine can cause tragic outcomes in some MENA countries if humanitarian and development assistance are not scaled up in 2022. To give a sense of the magnitude, at the regional level, consider that last year the MENA region accounted for only 6% of the world’s total population, but over 20% of the world’s acutely food insecure people.

At the World Bank, we are prepared to respond with all available instruments relevant to the nature of vulnerabilities at country level. In Morocco, Tunisia, and Egypt, our budget support operations can prove particularly effective, as the crisis is expected to be mostly felt at the level of national macro fiscal constraints. We are also ready to step up our support to domestic agri-food production and commercialization, agricultural risk, and food reserves management in countries experiencing shocks at that level, whether through increased energy and fertilizer costs, or other factors such as drought/climate-related stresses (e.g., Iraq, Yemen, Tunisia, Lebanon, Egypt). In the immediate term, we also stand ready to expand nutrition-sensitive social protection programs in selected countries, by building on the work done since 2020 in the context of the COVID-19 pandemic response. Finally, we will stay committed to continue providing close and targeted technical and analytical assistance, especially to the countries that will be more heavily hit on issues ranging from fiscal sustainability, subsidy reforms, food security, trade monitoring, and agricultural risk management. As was the case when other crises emerged in the region, we at the Bank are ready again to step up to the plate and affirm our unwavering support for the people of MENA.

Ferid Belhaj is the World Bank Vice President for the Middle East and North Africa Region. The views expressed in this piece are his own.