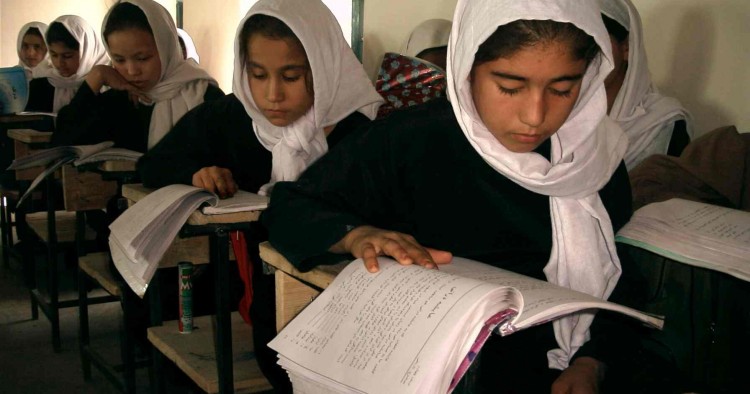 In the past 15 years, American educators - faculty, librarians, and administrators - have been invited to transfer their expertise to the Middle East and to assist in developing American-style universities. Attempting to transplant a culturally-based educational system into new nations with different values poses unique opportunities to reflect on what constitutes American education and what components must be included in the transfer.

The focus of this essay is on information centers (i.e., libraries, archives, museums, and electronic databases) and their role in improving education and developing research in the Middle East and their culturally based characteristics.[1]

Role of Information Centers in the Infrastructure for Education and Research

Many scholars carry out their research without giving a second thought to the organizational infrastructure that keeps information at their fingertips or makes it available to them upon request. Innovation and creativity is dependent upon a web of interconnected information hubs that store and disseminate data just in time for an inventor to solve a knotty problem or to inspire a scholar to write the seminal article.

Information centers, whether they are libraries, archives, museums, or electronic databases, have evolved in cultures where education is highly valued and where research productivity has fed economic, social, and political development. The purpose of information organizations is to collect, describe, organize, store, preserve, and disseminate information in all formats.

Information centers have evolved because political leaders and nations want to:

Research and information hubs are so closely allied that one cannot fathom one without the other. Their relationship is an example of the old adage: “Which came first, the chicken or the egg?” How can scholars conduct research without access to information and from where did information come if there were no research preceding it?

Several countries in the Middle East, particularly the United Arab Emirates (UAE), Qatar, Bahrain, and the Kingdom of Saudi Arabia, are working proactively to develop effective education systems and productive research agendas. Some are committed to developing a knowledge society that will contribute to economic development. [2]

Historically, the societies in the Arabian Gulf have a rich oral tradition that previously precluded the need for libraries, archives, or museums. Now, along with improving their education and research efforts, comes the need to address their information infrastructures.[3]

For young nations such as the UAE and others in the Arabian Gulf with few textual records of their history and a short tradition of providing education to their populace, the value of investing in information centers may not be readily apparent nor easily articulated to decision makers. Those decision makers, however, are often the ones aspiring to build a knowledge-based society that can sustain itself and contribute to the world economy. Hence, support from those leaders is essential for developing information centers.

New knowledge is created on the backs - or, better said, the brains - of scholars who have gone before; hence, their knowledge is preserved and assimilated by other scholars. Scholarly communication in western society has evolved into an effective system of exchange, carried out on numerous levels and in various venues.

One important venue is the internet, through which all electronically-formatted information and finding aids for print resources are transmitted. Another important venue is an older but still vigorous practice of resource-sharing that has evolved among western-style universities and research centers. Libraries associated with these institutions began sharing resources in the early 20th century and have been doing so in increasingly sophisticated modes ever since. Interlibrary lending and aggregated library catalogs are among the most visible forms of resource-sharing.

Characteristics of effective cooperative systems among information centers often include:

Library cooperation has evolved into formal consortia that may be regionally, nationally, and even internationally-based. This network of information sources plays a vital role in the plethora of research generated in western society. Scholars practicing in the Middle East, Asia, or Africa cannot freely access the same information bounty and hence they operate under considerable disadvantage.

The development of information centers and cooperative agreements among them is based on a number of cultural values that are not held universally throughout the world. Examples of those values include:

A commitment to intellectual freedom - the right of learners and scholars to analyze the full spectrum of an issue, even sensitive issues - is a basic cultural value that influences the development of library collections and resource-sharing in the West. In societies where the government controls the flow of information for religious, political, and social reasons, it is much harder for scholars to access the information they need for thorough research and virtually impossible for learners to examine a full spectrum of topics.

One of the first items of business as negotiations are undertaken to transplant or adapt an American-style university to the Arabian Gulf region is to discuss the issue of censorship, particularly as it relates to the internet but also how it affects developing the print collection.

Most American-accredited universities in the Gulf have secured a governmental commitment to unfiltered internet access on campus so that learning and scholarship can be freely pursued in that physical environment.

Among American-accredited universities in the Gulf, collection policies that guide which books are acquired and which databases are licensed are linked to the curriculum and to the research agenda of the institution and nation. Respecting local culture, however, selectors take care to observe certain sensitivities, particularly those related to Islam.

At Zayed University in the UAE, for example, a procedure is established through which students and faculty may object to material acquired by the library. In those cases, a “Challenged Material” complaint is filed and the objectionable item is reviewed by a committee of faculty and staff. The committee decides if the item should be 1) returned as is to the collection, 2) redacted in part and returned to the collection, 3) shelved in “special collections” where students may enter with a signed authorization from a faculty member, or 4) removed from the collection.

Of approximately 90 challenged items reviewed over eight years at Zayed University, three were removed from the collection. In accordance with committee decisions, some were placed in special collections and most were returned to the shelves with or without redactions of sensitive images or texts.

Another issue affecting collection policies is the ability of students to learn in a second language. In American-style universities in the Gulf, classroom instruction is usually carried out in English, which is the second language of virtually all students. Many students must improve their English and Arabic literacy and their numeracy skills before they begin their baccalaureate studies.

For the library, this means acquiring material to support all reading levels and mathematical skill development as well as scholarly material and books in both English and Arabic. Leisure reading is encouraged and supported by fiction and non-fiction on many topics. Most universities offer a fully-equipped learning enhancement center and some students spend up to two years focusing on language, numeracy, and study skills before entering an undergraduate degree program.

Customer-oriented library service and interlibrary cooperation arise from the cultural premise that every person, without regard to one’s socio-economic strata, has a right to equitable access to information. This premise is not traditionally part of hierarchical societies where access to education, information, or power is more likely to depend upon whom one knows, to whom one is related, or into what group one is born.

Training for equitable information service is an ongoing activity when library staff are hired from many different cultures as they are in the Middle East. In 2010, Zayed University employed 37 full-time library workers from 17 different countries. They included 14 expatriate professionally qualified librarians and 12 Emiratis in paraprofessional roles. Professional librarians are recruited from North America, Australia, and Europe because very few Emiratis have earned the master’s degree in information science from an accredited program. Related to the value of providing access to information equitably to all users is the status of women and their ability to move freely within a society. Western-style education is gender-blind with men and women studying in the same classroom and accessing the library at the same time.

Mixing of genders outside the family is not permitted in some Gulf societies. This creates challenges to libraries where the print collection, the technology, and library employees represent major capital investments that preclude duplication. Many American-style universities respect these societal norms by either creating separate facilities for men and women or opening the single facility to each gender at different times.

When cultural values are as diverse as these examples, establishing a Western-style information infrastructure becomes more of an adaptation than a straight-across transplant. It works best when the differences are addressed openly and compromises are reached by all stakeholders.

Once the need for libraries, archives, and museums is accepted, a shared vision of their purpose and outcomes can be articulated and general guidelines for their operations are developed. Then the most difficult part begins: Finding the right human resources to bring the plan for an information infrastructure into tangible reality so that it can support the education and research aspirations of the country.

When one wishes to transplant Western-style education into non-Western cultures, one begins to look at core values of both societies. Which cultural values held by Western-style education are essential and which can be modified or put aside? Which cultural values of the non-Western society are essential to preserve? How does a culture preserve its identity and values while new educational methodology and research aspirations are introduced?

[1]. For over four years (2006–2010) the author worked as Dean of Library and Learning Resources in the United Arab Emirates, helping Zayed University achieve its mission of providing American-accredited education to Emirati women.

[2]. Founding UAE President Shaykh Zayed bin Sultan al Nahyan established public schools for all children shortly after independence from Great Britain in 1971. He founded three federal universities; namely, United Arab Emirates University (1978), Al Ain Higher Colleges of Technology (1988), and Zayed University (1998). The political leaders of the UAE and its Emirates are forward-thinking and aspire to raise the intellectual capital of Emiratis through education and research, and to empower UAE citizens with skills to sustain the country economically even when the oil money dries up.

[3]. Emiratis have a rich tradition of storytelling in which stories are passed orally through generations rather than preserved in print. In earlier times when cultural heritage was transmitted orally and not committed to text, when government records were not recorded locally, and when business transactions were few and simple, there was little need for archives or libraries. Oral expressions and creative arts and design are highly developed cultural traits and part of the vibrant national identity of the UAE. That identity must be preserved even while the country’s agenda expands. As it focuses on becoming a knowledge society, the UAE is developing its libraries, archives, and museums - its information infrastructure - along with improving its education system and launching research initiatives.