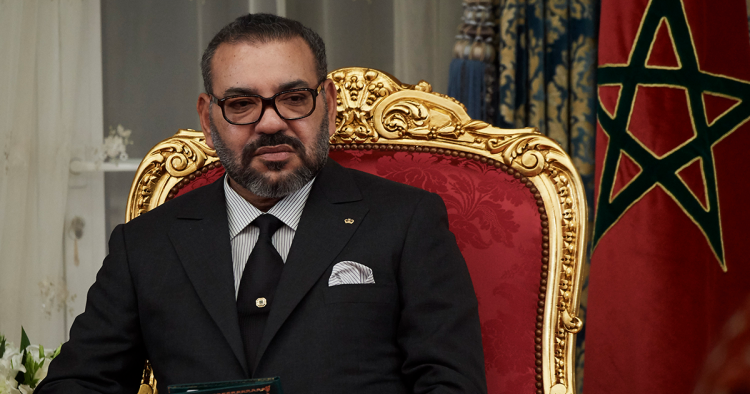 In July, Morocco marked the 22nd year of King Mohammed VI’s rule and 10 years under the new constitution ushered in by a popular referendum in the aftermath of the 2011 protests. The past 22 years have transformed Morocco, the region, and the world in fundamental ways, yet the country’s politics have continually snapped back to a familiar equilibrium. During these past 22 years Morocco has gone through three distinct phases in managing these internal and external dynamics.

It is useful to break the last 22 years into three phases, not to draw a straight sequence narrative but to identify key trends that dominated each period. From 1999 through 2011 was a time of consolidation of power, consistent economic growth, and growing popular expectations. From 2011 through 2016 was a period of increased social mobilization and limited reform. And the years since, from 2016 until now, have been marked by the end of consultative politics with a dominant monarchy resuming the lead.

During the first phase, and building on what his father king Hassan II had set in motion in late 1990s, the young king and his advisers, as they settled into their new roles, focused on securing the king’s hold on power. Internationally, they sought to boost Morocco’s profile through its role in the war on terrorism. They promoted stability and compatibility with the West in terms of foreign policy, and a rhetoric of ambitious economic and social policies at home. Politically, the king set a new tone of cautious reforms: allowing greater press freedoms, redressing past human rights abuses, putting in place a progressive personal status code that improved women’s legal standing, and working with the social democrat opposition party that led the government in his first few years in power.

This period was a time of economic progress with GDP per capita nearly doubling from $1,449 in 1999 to $3,000 in 2011. Efforts to generate economic growth emphasized industrial expansion, privatization of public enterprises, improving public services, and building manufacturing hubs. New infrastructure projects were launched, including new roads, highways, tramways, and more recently a high-speed train line. A renewable energy industry was also put in place to diversify away from coal and imported gas and to signal a future-minded vision for the economy. All of this has contributed to shaping a vision of the country as a leading regional economic power.

On a social level, the economic progress benefited the rich, more than poor or even middle-class Moroccans, as they were able to invest in privatization schemes and take greater advantage of economic opportunities. Infrastructure development also favored certain urban centers and skipped many mountainous and rural areas. This discrepancy is captured in Morocco’s performance in the UNDP’s Human Development Index. The index, which assess life quality based on health, education, and income, indicates that from 1999 to 2011 Morocco’s score rose from 0.5 to 0.6 (with 1 being most developed). In terms of the speed of growth, this was notable, but in terms of overall ranking, Morocco ranks lowest among its North African neighbors. This, set against the hope and expectation of more substantial change under the new king, gave rise to increasing popular frustration, setting the stage for the next turning point in 2011.

The second phase was from the outbreak of the 2011 protest movement until the parliamentary elections of 2016, when the Justice and Development Party (PJD), the main Islamist party, scored what appeared at the time to be a substantial second electoral win. Following the protests of 2011, the monarchy adopted flexibility and pragmatism in response to a potential threat. The king responded with a constitutional revision providing the elected government and parliament a greater political role. In the next five years, the government and the monarchy focused on stabilizing macroeconomic indicators following progress made the previous decade to reduce budget deficits, decrease the public wage gap, and slash subsidies.

These reforms helped improve fiscal indicators, but they also limited the extent of human development. Frustrations continued to spur social mobilization, with many examples, perhaps the most salient of which were the Rif protest movement of 2016 and the Jerrada protests that erupted a year later. This movement arose in a region that had been marginalized for decades and then saw significant economic development in the 2000s in and around Tangier, but this development still did not meet the extent of the needs in the area while paradoxically also generating greater expectations.

Even as protests continued to break out about issues largely specific to service provision, political leadership and governance was shifting back to the monarchy and technocrats close to the palace. The monarchy rolled back the 2011 reforms by undermining the elected leadership, especially from the Islamist PJD. This sent a clear signal that elected officials had failed in their chance to manage the country, even though the latter had been instrumental in implementing a monarchy-led economic plan from the start and even when it went counter to their own stated political vision. This period was capped by what was widely viewed as the monarchy sabotaging the PJD’s government formation process after they won a plurality of votes in the 2016 election. By the end of the 2016, this brief period of reforms and dynamism had come to an end.

The reassertion of monarchical control

Since 2016 — the third phase — the role of political actors and political processes has diminished in favor of a much more assertive monarchical system. Room for criticism and opposition has also shrunk. Elected parties and elected officials have been increasingly marginalized as the monarchy required them to take a step back as it pushed ahead with its agenda of top-down leadership. This is exemplified in the new development plan the king launched in early 2020. The initiative was driven by a direct call from the king with its members appointed by the monarchy. After about a year and a half, the committee in charge of crafting the new model delivered an ambitious roadmap for Morocco to make a developmental leap by 2035. This trend was reinforced over the course of the pandemic when Morocco’s technocrats, under the leadership of the king, took the lead in navigating the crisis. And although the impact of the pandemic has been devastating, by comparison with its regional neighbors the country fared better. It is leading in vaccination rates in Africa with 46% of the population having received at least one vaccine dose as of August 2021. At the same time, Morocco is also in the process of setting up vaccine manufacturing plants and its economic rebound is more promising than that of its regional neighbors.

Similarly, Morocco’s foreign policy has grown more self-assured and assertive. Over the past few years, Morocco has gained momentum across Africa. This approach was the product of a long process that benefited from the advantageous confluence of events in the region where rivals for influence across Africa have weakened or new needs have arisen: the collapse of the Gadhafi regime in Libya, Algeria’s domestic political and economic challenges, the rise in terrorism in the Sahel, and an increase in migration to Europe. This presented Morocco with the perfect overlap of opportunity and capability. Morocco has developed its posture in Africa, has been boldly using its limited leverage with its traditional European allies, and is seeking out new partnerships with China, particularly, and Russia. A new relationship with Israel and the U.S. recognition of its claims of sovereignty over Western Sahara augmented its confidence and self-assurance.

Morocco is currently in a more stable and strong position today than it was 22 years ago. Politically, the monarchy and the technocrats’ effective managing of the COVID-19 pandemic crisis granted them more legitimacy and trust. Economically, the outlook for recovery and growth is positive. But wealth inequality and social stresses remain an internal threat to stability. Addressing these will require resources and the political will to see them through. Regional unrest in the Sahel and in neighboring Algeria present external risks to stability. In terms of its foreign policy, while migration remains a source of leverage with Europe, it is also an issue that Morocco will need to address more helpfully if it wants to play a larger international role. In terms of its ambitions in Africa, the mix of economic and diplomatic ambitions indeed creates a framework for it to be a principal player. But this will require identifying a clear niche that seizes on its cultural and historical advantages given that it lacks the resources of China, the geopolitical power of Russia, or the clout of the U.S. and Europe.