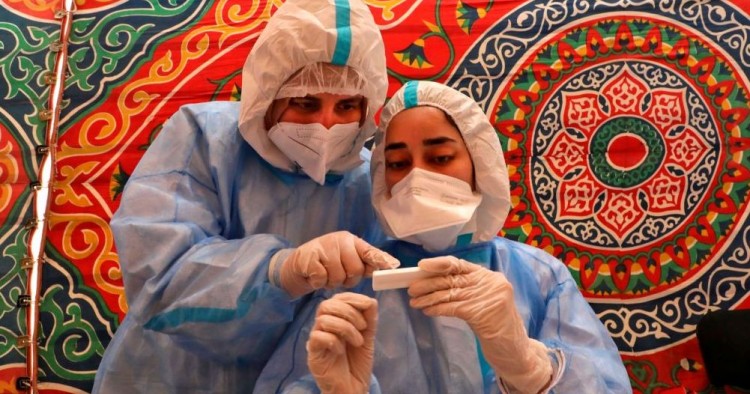 As of July 29, more than 16.5 million cases of COVID-19 have been recorded worldwide, along with approximately 655,000 deaths. After many months of lockdown, countries are being forced to open up despite fears that a second wave is on the horizon and in many places is already underway. In the Palestinian West Bank, a brutal second wave began over a month ago with a more than 20-fold increase in infections, putting an immense strain on the health care system. This strain, however, needs to be understood in the context of the ongoing violence of the Israeli settler colonial regime. Palestinians have been consistently deprived of the most basic fundamentals of life, including health care. Israel, therefore, must been seen as a regime of comorbidity — in other words it does not simply exacerbate conditions, but rather is directly responsible for the increase in infections and the inability of the health care system to adequately treat patients.

As of June 19, there were only 567 recorded cases of COVID-19 in the West Bank and 72 in the Gaza. This relatively low number was attributed to the fact that the Palestinian Authority (PA) had taken early and drastic preventative measures against the virus. This involved announcing a state of emergency on March 5 and the closure of public spaces, including cafes, restaurants, schools, and gyms. On March 22, a curfew was imposed that was not lifted until early June. As things began to open up in the West Bank throughout June, there was a dramatic surge in cases, prompting the PA to once again announce a lockdown.

As of July 29, there were nearly 14,500 recorded cases in the West Bank, of which around 6,100 were active, while the numbers in Gaza have only increased slightly. The majority of infections in the West Bank are concentrated in the Hebron Governorate and have been attributed to large gatherings such as weddings and funerals. As of yet the PA seems to have no strategy for dealing with the virus aside from imposing varying degrees of lockdown in the areas under its control. Meanwhile, it is facing a deep financial crisis not only as a result of the lockdown and closure of businesses, but also due to its inability to pay full salaries to public servants because of its suspension of coordination with Israel (which currently includes the collection of tax revenues) as a result of its annexation plans.

While there are parallels between the situation in Palestine and that in other countries around the world struggling to get infection numbers under control, the context of military occupation and siege in the West Bank and Gaza represents an especially formidable challenge. Indeed, since 1967 the Israeli settler colonial regime has placed these two Palestinian territories under military occupation, with the latter suffering from a blockade since 2007. This absolute regime of control has had a direct and detrimental effect not only on Palestinian access to health care, but also on the quality of the care itself.

The manifestations of the Israeli military occupation and siege on the health care system include the denial and restriction of medical supplies and equipment for treatment like chemotherapy and radiotherapy, making it impossible to treat cancer patients in Gaza, while the West Bank has limited capacity. In such cases Palestinians are at the mercy of Israeli authorities, who will determine if they can get a permit for the treatment they need. It also includes attacks on medical facilities, staff, and patients; for example, between 2008 and 2014, successive Israeli bombardments of Gaza saw 147 hospitals and primary health clinics and 80 ambulances damaged or destroyed, and 145 medical workers injured or killed. Palestinian patients have even been abducted from their hospital beds by the Israeli armed forces.

This state violence has also been accompanied by another more insidious form of violence: de-development, a process in which, according to scholar Sara Roy, an economy “is deprived of its capacity for production, rational structural transformation, and meaningful reform.” It involves the “deliberate, systematic, and progressive dismemberment of an indigenous economy by a dominant one, where economic — and by extension, societal — potential is not only distorted but denied.” To give an example of how this de-development has affected the health care sector, since 2000 the population in Gaza has doubled and yet the number of primary health care facilities has fallen from 56 to 49. As it stands, there are only 255 intensive care beds in the West Bank for a population of 3 million and only 120 in Gaza for a population of 2 million. In total there are 6,440 hospital beds between the two territories.

In addition to this slow but steady violence against the health care system in the West Bank and Gaza, the Israeli regime has also engaged in more insidious attacks against Palestinian attempts to confront the virus. In mid-April, for example, Israeli authorities raided and shut down a clinic in the East Jerusalem neighborhood of Silwan and arrested their workers because they were conducting COVID-19 tests that had been donated by the PA. Other clinics have been totally destroyed, such as one in the Jordan Valley in late March and another in Hebron in late July — the hardest-hit West Bank governorate. Israeli authorities have also arrested Palestinian volunteers attempting to distribute supplies to impoverished communities in East Jerusalem.

Around the world it is clear the pandemic is not serving as a great equalizer; rather, it is shining a spotlight on structures of power and oppression that privilege the health of some over others. For Palestinians this is certainly the case, particularly in the West Bank and Gaza, where the Israeli settler colonial regime has a direct negative impact on their health and access to health care. Indeed, the pandemic adds yet another layer of precarity to their already insecure lives as a result of the continuous violence of the Israeli regime.

Dr. Yara Hawari is the Senior Palestine Policy Fellow of Al-Shabaka: The Palestinian Policy Network. The views expressed in this piece are her own.