The Dangerous Stipulation of Islamic Exceptionalism 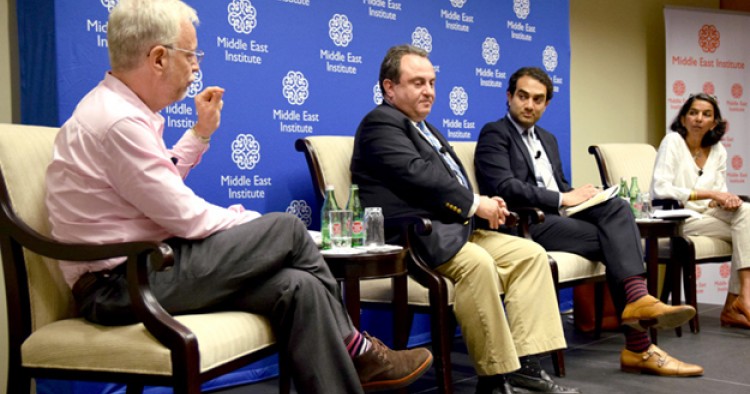 Is the religion of Islam “exceptional” in how it relates to politics? The argument at the center of Shadi Hamid’s new book is that it is. This is not a novel argument, but one likely to be misused.

Detractors of Islam in American popular culture have argued vocally since the 9/11 attacks that the incompatibility between Islam and U.S. democracy is irrevocable, since Islam governs both religious and political behavior. The right-wing call for the exclusion of Muslims from immigration to the United States is grounded in such convictions. Proponents of Islamic radicalism—both violent and non-violent—have energetically concurred with the notion that Islam is exceptional in being a total system in which religion and politics are inseparable, thus reaching the same conclusions as Islam’s American detractors, albeit with a tint of praise for the resulting mandated segregation.

Islamic exceptionalism is also common currency in academia. The original Western academic conception of Islam, based on almost two centuries of philology, confirmed the uniqueness of Islam as a total proposition of religion, politics and beyond. But since the late 1970s, this conception has been accused of essentialism and its dominance has been challenged. Efforts at articulating a critical rebuttal continue, with variable robustness and success. While they have not yet amounted to an integrated counter-vision, these efforts have exposed demonstrable flaws in the philologically-based conception—notably its reliance on the scholastic institution as a privileged, at times exclusive, source of knowledge on Islam, at the detriment of the often unrecoverable lived expressions of the faith and culture. But the partial demise of the essentialist conception in academia did not extend to the policy community. Much of the discourse and formulations in U.S. policy circles continue to be influenced by it. A meaningful side effect has been that the careful attention paid by Islamist militants to U.S. policy briefs and studies has created a feedback loop of mutual validation. The effects of this loop on Islamism’s own internal evolution cannot be neglected.

In fact, Islamism, which solemnly shares the view of Islam as a fusion of religion and politics, has been engaged in a long-term endeavor to promulgate its conviction as normative truth, and has indeed made meaningful inroads in that regard. Islamism cannot claim a total victory in that respect; in an on-going feud, multiple manifestations of resistance to its homogenizing and regimenting vision continue to hamper its efforts.

July 27, 2016 - The Middle East Institute (MEI) hosted Shadi Hamid (Brookings Inst.), Nathan Brown (George Washington Univ.) and Hassan Mneimneh (MEI) for a discussion about how Islam shapes public life, law, and the state. The conversation explored and challenged the thesis behind Hamid's new book, "Islamic Exceptionalism: How the Struggle Over Islam is Reshaping the World."

It is in this complex background of a multi-lateral intellectual debate that Hamid’s contribution ought to be placed. But Hamid largely sidelines this background. His detachment from these intense discussions should not be equated with objectivity. Even as he absolves himself of essentialism, Hamid espouses it in stipulating an incontestable historical (and ideological) core to Islam. Hamid derives this stipulation from an alleged consensus about it in Islamic thought. But his definition of the interlocutors of Islamic thought is limited to Islamist thinkers, of various shades, at the exclusion of others. Islamist voices may be dominant today, and may thus at least partially justify Hamid’s choice for the early 21st century, but much of the 20th century was dominated by liberal, nationalist, and leftist propositions that shaped and influenced how Islamism came to be formulated. Whether pious but outside the scholastic-Islamist tradition, non-religious, or atheist, they are absent from Hamid’s historical analysis. By excluding these voices, Hamid presents the intra-Muslim discussion as an intra-Islamist one, hence validating the Islamist claim of custodianship over Muslim thought.

Hamid diligently avoids any value judgment in formulating his argument. He certainly would not want to bolster the rhetoric of Islam’s detractors. But he is also not sympathetic to the overboard defense of Islam offered by apologists absolving Islam from the horrors of the “Islamic State.” At face value, his field research seems to have ushered him toward the uneasy conviction of an Islamic exceptionalism. On further scrutiny, however, his characterization of “exceptionalism” seems almost tautological, discarding elements shared between Islam and other religions, and restricting itself to aspects in which Islam can be claimed exceptional. While Islam and Judaism may share a highly developed jurisprudence, the claim to Islamic exceptionalism is safeguarded by noting that Judaism has not ruled an empire. In fact, when the Khazar empire is taken into account, this would prove not totally accurate, but even then exceptionalism may be protected by preponderance versus singularity. Ultimately, Hamid’s argument of Islamic exceptionalism is a stipulation, not a demonstration, of Islamic exceptionalism.

His proposition of exceptionalism, however, is not a mere theoretical offering. Hamid’s work can be understood as an invitation to sober the discussion about Islam and politics on two connected fronts: 1) disabusing some Western circles of the reductionist and patronizing notion that Muslim societies will eventually follow the Western template toward liberal democracy, and 2) calling for an acceptance of the depth of the cultural and conceptual differences between Muslim and Western societies. Hamid’s exposition and analysis of elements for such arguments in Egypt, Turkey, and Tunisia, provide a valuable addition to the subject. In summing up his analysis, however, Hamid seems to accept the Islamist notion of the uncontested primacy of a totalitarizing religion, and that “universal” values are basically a Western import.

Hamid’s erudite style is rich in nuances; the take-away from his work is however summed up by its title and extravagant second title, neither of which is demonstrated in the book. Instead, much of the power of the proposition stems from the cultural and professional identity of its proponent: a renowned analyst and well-informed researcher who apparently has reached his conclusions based on the weight of the evidence, not ideological pre-conceptions. His work is, thus, likely to bolster the rhetoric of and be welcome by the two quarters already sharing his views: Islamophobes and radical Islamists.