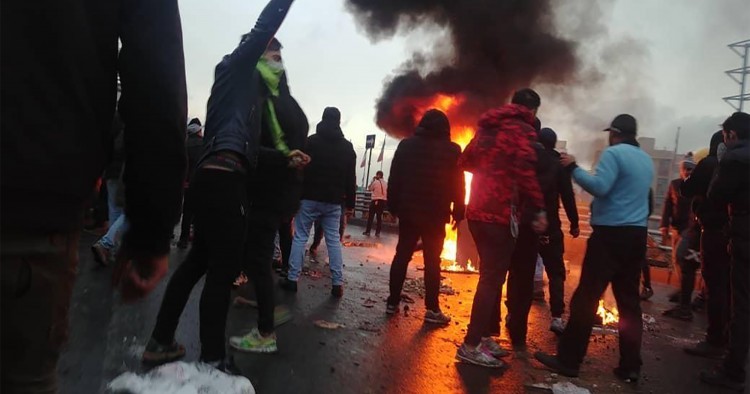 “Deeds matter most” was the official diplomatic response to Joe Biden’s election from the Islamic Republic’s foreign minister, Javad Zarif. It came in the form of an early morning tweet, an appropriate medium given the new political norm established in recent years. The statement read like one from a career diplomat urging “dignity, interest, and responsible diplomacy,” based not on empty rhetoric, but on actions — measurable steps that would demonstrate each side’s commitment to “multilateralism, cooperation, respect for law …”

Yet the tweet’s author, Mr. Zarif, has a history of practicing the age-old political principle of “do as I say, not as I do.” Indeed, when it comes to U.S.-Iran relations, the month of November is the perfect time to assess each side’s deeds in this decades-old conflict. Bombastic rhetoric has been a hallmark of this rancorous relationship since Islamic revolutionaries stormed America's embassy in Tehran in early November 41 years ago. Yet for all the regime’s bluster, including slogans like “Death to America,” its deeds, especially toward Iranians, speak much more loudly.

For Iranians, November marks something more solemn than the American presidential elections: the first anniversary of "Bloody Aban." This time last year, as the Iranian people took to the streets in a nationwide uprising calling for secular democracy, the regime’s deeds spoke much more loudly than its words. As Iranians, resentful after four decades of criminal corruption and brutal repression, marched by the thousands, the Islamic Republic’s leadership held an emergency “national security” meeting. Fearing its downfall, the regime shut off the internet.

For days human rights activists and dissidents abroad who had been relaying Iranians’ messages, videos, and cries for help to the outside world were unable to make contact with those inside Iran. Those of us following the events in real time, paralyzed by an information blackout, felt frozen in time. Indeed we were. The limited details that leaked out of the country over short-wave radio and brief, seconds-long, illegal phone calls told a gruesome tale: “We can’t find Koroush.” “There are bodies in the street.” “Don’t tell anyone we spoke.”

When the blackout was finally lifted, a deafening silence shrouded Iran’s cities and towns. It was worse than anything those of us outside could have imagined: It quickly became clear that after shutting off the internet, the Islamic Republic’s security apparatus had mounted heavy machine guns and opened fire indiscriminately. Reuters put the death toll at 1,500, but according to an Iranian research scholar in Europe, the real number could be as high as 8,000.

As Iranians regained access to WhatsApp, Instagram, and other popular apps, the bloody images began to flow. Pregnant women were shot in the streets. Protesters were targeted with live ammunition, shot in the face at close range. Dozens of children were killed, some as young as eight or on their way home from school. As the regime tried to clamp down on the flow of information in the aftermath of the massacre, the victims were denied proper funerals and memorial ceremonies.

The “respect of law” Mr. Zarif called for in his tweet was nowhere to be found. While Iranians were shot in the streets, the international community refused to act. Even unequivocal condemnations were hard to come by. American officials spoke of restoring internet access, but nothing materialized. The world promised solidarity, but Iranians stood alone.

This month marks the first anniversary of that horror for the people of Iran. They gather at grave sites — many of which remain unmarked per regime orders — and mourn their loved ones. As they huddle around the unmarked graves weeping, Joe Biden’s foreign policy team will be huddling around conference tables hammering out a strategy for how to deal with Iran. As they do, they would be wise to heed Mr. Zarif’s words: Deeds matter most. The Islamic Republic’s deeds should indeed matter.

In the aftermath of the Aban massacre, there were widespread calls for an investigation, including by more than 150 leading attorneys inside the country. They lambasted the regime for its unwillingness to pursue any sort of inquiry. As the demands for accountability fell on deaf ears, more and more Iranians concluded that the victims would not find justice with the Islamic Republic, especially as its “moderate” head of government, President Hassan Rouhani, called the protesters plotters and foreign enemies. One of Iran’s most popular television channels, Manoto, beamed into the country from London, conducted a poll in which 97 percent of respondents said the regime was incapable of reform.

While it refused to launch an investigation into the killings, the regime did begin a campaign to arrest those who participated in the protests. Thousands of Iranians have been detained in widespread roundups. In an apparent attempt to further quash dissent, the regime has executed dozens of young people for partaking in anti-regime demonstrations, most notably champion wrestler Navid Afkari. One year on from the Aban protests, an investigation has yet to be launched.

Engaging the Islamic Republic without paying sufficient attention to the issue of human rights would not only be insulting to the long-suffering Iranian people, but would also dramatically weaken the Biden administration’s negotiating position and embolden a regime keen on expanding its malign influence across the Middle East.

Mr. Biden has spoken out boldly against dictatorships around the world. He should do the same in regards to the Islamic Republic and recognize the unique threat it poses. An emboldened Islamic Republic, unchecked on even the most flagrant crimes against humanity like the Aban massacre, will continue to have a damaging impact across the Middle East and might even draw the region into an uncontrollable conflict.

Cameron Khansarinia is the Policy Director for the National Union for Democracy in Iran (NUFDI). The views expressed in this piece are his own.