Egypt and Hamas—Cooperation in the Works? 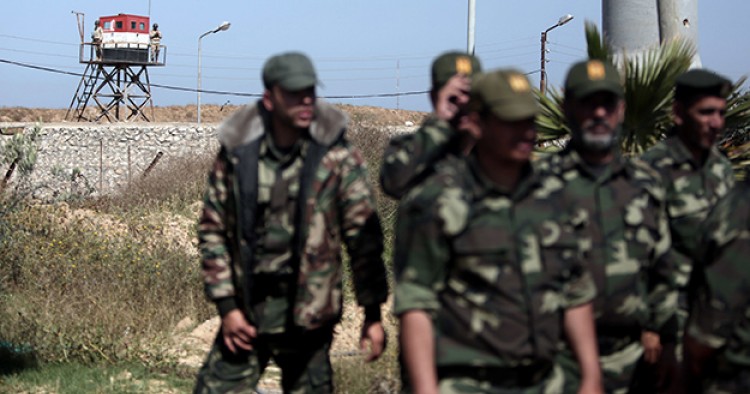 Egypt, which enjoys friendly relations with both the Palestinian Authority and Israel, understands that it must normalize relations with Hamas to be able to act as a mediator between the three parties. The Egyptian government, which has yet to achieve convincing results in the fight against terrorist groups in Sinai, is also in need of Hamas’ cooperation in this area.

It is within this context that we can understand the recent positive signals being exchanged between the Egyptian government and Hamas. Last month, President Abdel Fattah el-Sisi stated that Egypt was ready to broker reconciliation between Fatah and Hamas, which followed a surprise visit in March by a Hamas delegation to Cairo. The visit launched an effort for normalizing relations after years of hostility and Egyptian accusations of Hamas masterminding, aiding, and participating in terror attacks in Sinai and other parts of Egypt.

The signs of a rapprochement have raised speculation and suspicion from observers. Some analysts believe it was a sign of conflict between Egyptian security agencies over how to deal with Hamas and to what extent it may be coaxed. Other analysts claimed the visit reflected a desire by Cairo to replace hostility against Hamas with cooperation, especially in the context of fighting terror groups in Sinai and pushing forward intra-Palestinian reconciliation. Another possibility is that the outreach to Hamas was to preempt any Turkish role in Gaza ahead of the expected restoration of Turkish-Israeli ties, or that the visit was part of Saudi efforts to strengthen the Sunni alliance against Iran, or all of the above combined.

No doubt, the Egyptian government, which has been locked in a bitter fight with Salafist jihadist groups in Sinai for several years without achieving full success, has started to consider coopting Hamas in return for granting the latter some form of legitimacy. Meanwhile, Cairo’s leading role on the Palestinian issue requires it to maintain channels with Hamas in order to be able to mediate with the Palestinian Authority and Israel regarding the issues of reconciliation and truce with them respectively. In brief, Egypt’s motto at present seems to be ‘keep your friends close, and your enemies closer.’

On the other hand, Hamas is grappling with a severe financial crisis due to the collapse of the tunnel trade between Gaza and Sinai, which was one of the leading sources of revenues for the Hamas government, and the near-total closure of the Rafah crossing, which has prevented the flow of aid to Hamas from outside Gaza. Meanwhile, all efforts for reconciliation between Hamas and the Palestinian Authority have failed.

Hamas is aware that the Sisi government will remain in place for the time being, and that it will have to deal with it instead of waiting for it to fall as it had initially hoped. These facts have prompted the movement to seek ways out of the crisis, showing a level of flexibility vis-à-vis Cairo’s demands despite the expected high cost of any such détente.

Despite the media blackout over the March visit, leaks have shown that Cairo asked Hamas the following:

For its part, Hamas reportedly asked Egypt to re-open the Rafah crossing regularly and permanently to residents of Gaza, and allow the entry of raw materials needed for the reconstruction of Gaza and also allow humanitarian and aid convoys access to the Strip.

Yet balancing the costs and the benefits requires Hamas to concede many of its privileges for other potential ones, which may not be fulfilled in the end. Why would Hamas collaborate against jihadist groups in Sinai and Gaza when it needs to placate them? Can Hamas afford to abandon its regional allies in Turkey, Qatar, and Iran, all states that have poor relations with Egypt? How will the Muslim Brotherhood in Egypt, the parent organization of Hamas, come to perceive the latter as it sits and works with the regime suppressing it, especially since the Brotherhood lent Hamas a lot of support when they were in power in Egypt?

Despite the high cost of normalizing ties with Cairo, Hamas has shown remarkable flexibility in dealing with the Egyptian government’s conditions. During its visit to Cairo, Hamas deployed some 500 troops along the Gaza-Sinai border. Hamas invited press crews and politicians to the border region to demonstrate that it had started implementing some of Egypt’s terms.

Hamas also arrested suspected members of the Islamic State, al-Qaeda and other jihadist groups in Gaza in May to placate Cairo, restricting their movements and moving to cut their links with their counterparts in Sinai. At the time, one Hamas leader, Khalil al-Hayya, who was part of the delegation that visited Cairo, said Hamas was opposed in principle to political assassinations and stressed his group did not operate outside Palestine. He said Hamas would not let anyone operate out of Gaza against the security of Egypt and her people.

However, all this may suggest that Hamas’ cooperation with Egypt will not go beyond its borders and will not reach the level of forging an alliance with the Egyptian government against Islamic State terrorists in Sinai.

Hamas also stressed it was keen to collaborate with Egypt to achieve Palestinian reconciliation, in what is a clear indication that the rounds of talks in Doha will not serve as an alternative to talks in Cairo. Then in a key development after the visit, Egypt, which had re-opened the Rafah crossing for two days only in the four months prior to the March visit, opened the crossing twice within three weeks for several days each—the first time in May, and then again in early June. Furthermore, Hamas confirmed last week that it received an invitation from Cairo to participate in another round of talks with Fatah during the holy month of Ramadan.

Certainly, Egypt’s relationship with Hamas is taking a new direction based on putting shared interests above ideology. The journey toward mutual cooperation seems to have begun, albeit at a slow pace.

Normalizing relations between the two sides will grow gradually as both continue to build mutual confidence.