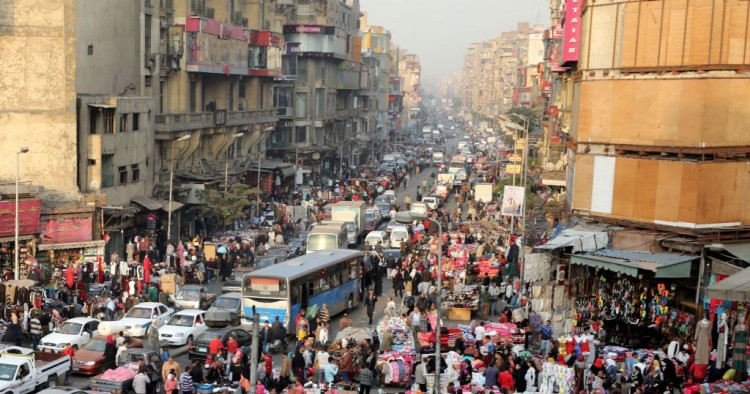 It is time for Egypt to put a price on carbon. While Cairo has taken small steps toward developing a sustainability plan, it needs a bold idea to stop rising carbon emissions. Establishing a carbon exchange — or putting a price on carbon — would be good for the country and help make Egypt an environmental leader in the region.

As one of the most populous nations in the Middle East and Africa, Egypt is highly vulnerable to the effects of climate change. Rising waters on the coast or Nile delta threaten the food security of millions. Egypt’s economy is largely dependent on tourism, which is impacted by weather — whether at the archaeological sites or its beaches. The cost of Cairo’s air pollution alone exceeds 1% of GDP and there are significant costs to the health care system stemming from rising carbon emissions from power, transportation, and manufacturing.

While Egypt weathered the COVID crisis better than other emerging markets, it still took a hit. Tourism, manufacturing, and transport through the Suez Canal, all major contributors to GDP, are suffering. The recent blockage of the Suez Canal and the resulting disruption to global trade will only make things worse. Growth is still positive in Q2 at about 2%, but down almost 4% from the same time period last year. As Egypt looks ahead, it should take this opportunity to have a green recovery, with a carbon price at the center of its sustainability plan.

The benefits are clear

Putting a price on carbon has the effect of using market mechanisms to reduce emissions while generating revenues for the central government at the same time. In a carbon-trading scheme, the government develops an overall cap on the amount of emissions permitted from significant polluters — such as power, buildings, or transportation. Based on this number, it then issues permits to trade carbon up to the limit. These permits can be given away or auctioned off to the companies in the sector. In 2016, governments worldwide generated about $22 billion in revenue from carbon exchanges or taxes, and by 2018 this had doubled to $44 billion.

In establishing this market, Egypt would create a positive incentive for firms to reduce their carbon footprint. If a company, for example, uses less than its permitted allotment, it can sell the permits to others. If not, it may have to buy extra permits. Over time, the government will reduce the number of permits available, forcing firms to reduce their emissions or pay more for the right to pollute.

What would be the scope of an Egyptian carbon market? In the latest statistics available, Egypt emitted 250 million tons (Mt) of CO2 in 2018, ranking 27th among the countries of the world in terms of energy-related CO2 emissions. Of this total, the power sector is responsible for approximately 40% of the total emissions, followed by transportation (20%) and the industrial (15%) sector. By bringing just these three sectors into the carbon-trading scheme, it would cover approximately 75% of Egypt’s total emissions — and in the sectors that are likely to see the most rapid increases as new power plants come on line and car purchases and manufacturing rebound coming out of the COVID crisis.

But that doesn’t mean there aren’t challenges

There are challenges, of course. One is ensuring that the price of carbon — or the price to pollute — is high enough to be a disincentive. Today, the price on existing exchanges varies but on many it is around $10 per ton, although experts estimate that a price tag closer to $20 or higher is needed to bring down emissions to meet the goal of keeping the global average rise in temperatures below 2%.

Collecting the necessary data to create the right number of permits can also be complicated. It requires accurate data on emissions from the leading polluting industries to get it right. And even with this, the government will still likely need to tweak it every year to ensure that the pricing mechanisms work appropriately.

Egypt’s exchange will also be small as it would cover only a limited number of industries and companies. Yet once established, it could allow its companies to trade on other exchanges. In China, for example, the goal is to permit other countries to trade on the Chinese National Carbon Exchange once it launches later this year. As part of its Belt and Road Initiative, China is actively engaged in discussions with other countries in Southeast Asia and the Middle East to advise them on establishing carbon exchanges with the intention of permitting them to trade on the Chinese exchange.

There is global momentum for putting a price on carbon and growing recognition that doing so is one of the fastest means to reduce emissions. Already 40 countries and more than 20 cities, states, and provinces use carbon-pricing mechanisms, with more coming on line in the future. When China launches its exchange in June, it will raise the total percentage of emissions covered globally from about 13% to almost 30%.

As a traditional leader in the region, Egypt should take the bold step of establishing the first MENA carbon exchange as a core part of its strategy for a more sustainable future. It is good for the country, potentially profitable for the government, and would make Egypt one of the global leaders in the fight against climate change.

Deborah Lehr serves as the CEO of Basilinna, a strategic business consulting firm focused on China and the Middle East. In addition, Ms. Lehr is Vice Chairman and Executive Director of the Paulson Institute, the founder and Chairman of the Antiquities Coalition, and a Non-Resident Scholar with MEI’s Egypt Program. The views expressed in this article are her own.