Elections 2020: A small victory for the right, but Romania won’t deviate from its Western path 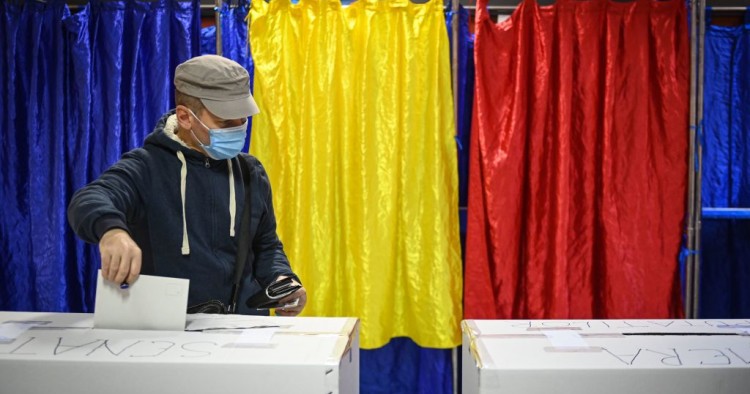 These elections were never going to be easy – COVID-19 has revealed the catastrophic state of Romania’s healthcare system and poverty is rising in the midst of a recession – but voter turnout was at an unexpected record low of 33 percent.

In the end, the Social Democrat Party (PSD) secured 30 percent of the vote, followed by the center-right National Liberal Party (PNL) with 25 percent, and the pro-EU Union for Romania’s Salvation (USR-PLUS) with 15 percent. In what came as a shock to most, the newly established far-right Alliance for Romanian Unity (AUR) secured 9 percent of the vote and will now likely enter parliament.

Many had expected these elections to restore political stability in Romania by ushering in USR-PLUS and empowering a new generation of Western-oriented, highly educated technocrats and civic activists. However, AUR managed to steal 10 percent of the center-right votes from USR-PLUS and PNL thereby handing a relative victory once again to PSD. However, most centre-right parties have excluded a coalition with the PSD. President Klaus Iohannis indicated on Monday he favors a centre-right coalition, which will likely include the Liberals, USR-PLUS, and the Hungarian minority party UDMR.

Founded in 2019 in response to mass anti-corruption protests directed at PSD, USR-PLUS occupies a unique place in Romania’s and Europe’s political landscape. The party has adopted a politically neutral stance, instead campaigning on a platform based strictly on reform and anti-corruption.

USR-PLUS performed spectacularly in the 2019 European elections and along with PNL, was expected to perform similarly well this year. Such results would have confirmed Romania as the pro-European outlier amongst a largely Euro-skeptic Central and Eastern Europe.

PNL and USR-PLUS campaigned on a platform of EU-alignment and austerity policies, largely ignoring the increasingly drastic economic situation facing many Romanians as a result of COVID-19. Meanwhile, unlike in previous elections, PSD shied away from nationalist and anti-LGBTQI messages. Doing so alienated a socially conservative minority electorate that responds to far-right messages.

In contrast, AUR is anti-European, anti-globalization, anti-LGTBQI and advocates for reunification with the Republic of Moldova, which Romania lost to the Soviet Union following World War II. The party was established in 2019 by George Simion, a former ‘football hooligan’ who channeled his talent for activism into a political movement. He organized protests against American-sponsored shale gas exploitations in Romania and for the reunification with Moldova (subsequently being banned from Moldova), and rallies to change Romania’s Constitution to prevent LGBTQI rights.

Simion’s decision to launch AUR in London under the banner of “Romania’s diaspora party” was well calculated. Romanians are the largest immigrant minority in the United Kingdom and have faced increasing political attacks in the wake of Brexit. AUR received the second largest proportion of votes cast abroad (compared to fourth largest at home).

The AUR is also not as ‘fringe’ as it appears. While Simion has a chequered history, AUR’s proposed prime minister Calin Georgescu has built a mainstream globalist career, including at the Romanian Ministry of Foreign Affairs and as UN Special Rapporteur. Georgescu’s views, however, are neo-fascist and as an intellectual, he can appeal to Romania’s intelligentsia. He posted videos glorifying Romania’s World War II fascist leaders and perpetrators of the Holocaust. His socially conservative voters are a minority segment that precedes Romania’s post-1989 democracy. This far right electorate was bolstered during Nicolae Ceausescu’s uniquely nationalistic-communist dictatorship, and found representation in the Greater Romania Party, which scored 20 percent votes in the 2000 elections. AUR is a refurbishment of that party.

Some believe the success of AUR suggests Romania is finally following in the footsteps of its neighbors by backing a far-right, populist party. While most Central and Eastern European countries have had far-right representation for years, Romania seems late in falling into line. But the appearance of a far right party in Parliament will not have bearing on Romania’s Western orientation, supported by the vast majority of the public.

Bucharest’s political landscape is far more complicated than this and it’s not the first time Romanians have cast their vote for a populist fringe party. In 2012, the populist, anti-system People’s Party (PP-DD) cast doubt on Romania’s Western orientation after receiving 14.6 percent of the vote.

Romania’s far-right electorate may seem small. After all, how much influence can 9 percent of the population have? But in a parliamentary system as unstable as Romania’s — and with a deteriorating health and economic crisis — the vagaries of coalition politics suddenly make darkening skies a troubling possibility. The presence of far-right AUR in opposition will further add trouble and harden the government’s path towards much-needed national reform.