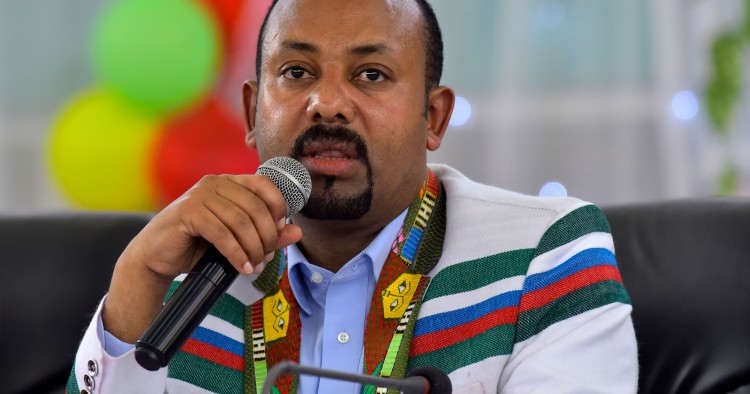 In Egypt, Ethiopia, and Sudan, coverage of negotiations around the Grand Ethiopian Renaissance Dam (GERD) has tended to consistently be in the news over the past few years. The events of the last few weeks, however, have easily pushed GERD talks to the side.

On Nov. 4, 2020, Ethiopian federal government forces started pounding the Tigray region, one of 10 semiautonomous regions in the country, after Prime Minister Abiy Ahmed accused the Tigray People’s Liberation Front (TPLF) of attacking a federal base. Relations had been disintegrating after Abiy cancelled elections, due to COVID, that would have marked the end of his term. While most of Ethiopia’s ethnic minorities took umbrage, the TPLF went a step further by holding their own elections, the results of which were declared null and void by the federal government. While it was not possible to verify the claim about the attack, there is no doubt about what the TPLF did next.

The TPLF proceeded to take over the headquarters of the federal military’s Northern Command, located near its own base, imprisoning those soldiers who did not join them. While Tigrayans constitute only 6% of Ethiopia’s population, the TPLF was able to rule Ethiopia with an iron fist for 20 years before being turfed out of power when Abiy took office.

Since the takeover of the military base, the situation in Ethiopia has threatened to spiral out of control. Abiy has called the conflict “a domestic law enforcement operation,” and has refused to engage in any negotiations with the TPLF. Their leadership is allegedly being hunted down; former Foreign Minister Seyoum Mesfin was killed last week, in a shootout, according to the government. However, there are reports (accompanied by photographs of the dead man with a bullet wound in his forehead) that he was summarily executed. It has not helped that the “domestic law enforcement operation” is being aided by Eritrean troops. Eritrea has its own acrimonious history with the Tigray and there have been reports of Eritrean refugees who’d fled into Ethiopia being forced back across the border to uncertain futures. The involvement of Eritrean troops, though denied by the Ethiopian and Eritrean governments, is inching the potential for regional conflict upwards.

Abiy’s spokeswoman Billene Seyoum released a statement saying, “The government is engaged in a stabilizing mission for a month now while it continues to bring to justice perpetrators.” However, it has been approximately 11 weeks and the cost is mounting. There have been accusations of human rights abuses. Aid workers have largely been kept out of the area by the federal government, but those who have been granted entry have described abuses (such as looted and burned refugee camps) and a potentially disastrous mass starvation scenario.

There are few signs that Ethiopia’s internal politics, a heady, contrasting mix of nationalism and ethnic aggressions, are tamping down. The violence is a sign of domestic fissures, rather than of the strength of the federal government or Abiy himself. Recent developments might make it even more difficult for him to maintain the patchwork of alliances necessary to keep him at the top, following the dismissal by the country’s Federal High Court of the majority of the charges against Oromo Federalist Congress leaders Jawar Mohammed and Bekele Gerba. Ethiopian politics are highly complicated; even ethnicities have their own factions. In this case, this result is likely to frustrate the Oromo Democratic Party, traditionally Abiy supporters, and might affect his chances in the upcoming summer elections.

While the internal situation appears troubling enough, the potential for the conflict to spill over the borders is even more disturbing. The U.N. estimates that over 58,000 refugees have fled across the border to Sudan so far, a country grappling with its own fragile transition and already hosting over 1 million refugees and 2 million internally displaced people. To complicate matters further, there have been border skirmishes between Ethiopian and Sudanese forces over the disputed Fashqa region, which is on the Sudanese side of the border demarcation but has been cultivated by Ethiopian farmers, for decades. Following the death of a Sudanese soldier, allegedly shot by Ethiopian forces, Sudan stepped up its demands for the return of the region. On Dec. 31, Sudanese troops “retook” it. That was followed 12 days later by a Sudanese announcement that five women and a child had been killed by Ethiopian militia and a day later, by an announcement that an Ethiopian plane had entered Sudanese airspace.

Ethiopian-Sudanese relations are currently complicated; theoretically, Sudan could allow TPLF soldiers over its borders, giving them access to the only channel to food and supplies, a potential bargaining chip with Ethiopia. However, Ethiopia could just as easily encourage Sudanese rebel groups, threatening Sudan’s security and stability.

Adding another ripple of potential regional spread, Sudan has reached out to Egypt for “support.” Egypt needs to keep Sudan close, not simply for the GERD issue. Despite disintegrating relations during the rule of former President Omar al-Bashir, the two countries have been working to increase technical, developmental, and, recently, military cooperation. There are an estimated 3.5 million Sudanese in Egypt. On Jan. 14, a high-ranking Sudanese delegation flew to Egypt to meet with Egyptian President Abdel-Fattah el-Sisi and Director of the General Intelligence Services Abbas Kamel to discuss the border situation. The delegation included Kamel’s counterpart, Maj. Gen. Gamal Abdel Hamid, Sovereign Council member Maj. Gen. Shams Eddin Kabashy, and Culture and Media Minister Faysal Mohamed Saleh.

Abiy has since accused “third parties,” without naming Egypt, of stirring up trouble.

Even before these developments, the situation had apparently been serious enough to coax the UAE off the fence. The Sudanese News Agency reported in mid-January that the UAE was considering an initiative and mediation to break the GERD deadlock. The UAE, however, has not yet commented.

U.S. foreign policy has arguably been slow to realize the impact of geostrategic developments in the Horn of Africa and the importance of economic and political stability in the region. The Gulf, by contrast, is directly attuned to this balance. Abiy was awarded the Nobel Peace Prize in 2018 for winding down a conflict with Eritrea through a treaty that both Saudi Arabia and the UAE had helped to broker. The last decade has seen an influx of Gulf investment in the region (the UAE has sunk over $3 billion into Ethiopia alone). According to a study by the Dutch Clingendael Institute, between 2000 and 2017, Gulf countries invested over $13 billion in Horn of Africa countries, as part of a wider foreign policy outreach effort. The considerations are myriad: food security, access to ports, and above all the understanding that economic and political stability and development in the Horn is strongly connected to the wider geopolitical interests of the Gulf.

As a result, the UAE, as potential referee, has a better chance at success than most. It has good relations with all the parties concerned and it has horses in every race. Ultimately, though, solutions will depend on the ability of the Ethiopian leadership to navigate their internal political problems and present solutions that will be palatable to as wide an audience as possible, before it can look outwards. While still a national rallying cry, GERD has become part of a wider problem, a potentially calamitous regional conflict, one that should be avoided at all costs.