The EU-Arab League Summit and the African migration crisis 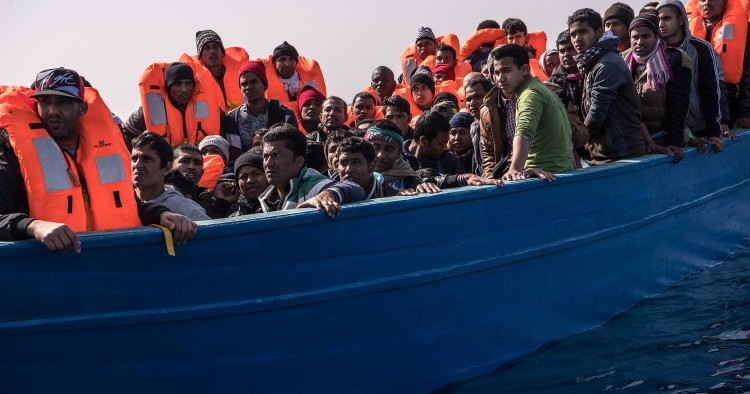 When this month’s EU-Arab League Summit in Egypt was announced last September, the issue of African migration to Europe topped the agenda. Other high-priority issues have since been added — such as solving five regional conflicts and addressing security, trade, and multilateralism — but migration remains the highest priority for a Europe still reeling from the 2015 migrant crisis, when over a million refugees escaping conflicts in Syria and Iraq fled to the continent, primarily to Germany and Sweden. This mass migration knocked the EU off kilter, fueled the rise of anti-immigrant populism, especially in Austria and Italy, and influenced Angela Merkel’s decision to step down as chancellor of Germany in 2021. Concerns over migration helped lead to Britain’s Brexit vote, and, for many Europeans, migration and reactions to it are putting the EU’s future at stake.

Successful efforts by frontline Mediterranean states to curb migration, combined with changing circumstances on the ground in the Middle East and Africa, such as recent improvements in Ethiopia, have reduced cross-Mediterranean migrant flows into Europe by over 85%, according to the Office of the UN High Commissioner for Refugees (UNHCR). Given improvements, the Euro-Arab Summit will simply be a reaffirmation of the resolve to work together to stop migrant flows to Europe, protecting the Schengen area’s relatively open borders and the EU itself. But European and Arab leaders in attendance know that the root causes of the migration crisis have not yet been addressed. The drivers displacing refugees and migrants — war, poverty, environmental factors, poor governance, human rights violations, and diverse fears of violence and persecution — continue to push millions to flee their homes across Asia and Africa.

Ten countries host more than half of the world’s 25 million refugees and displaced migrants, and none of those are in Europe. Three of the top ten are in the Middle East — Jordan, Turkey, and Lebanon, which host over 7 million refugees — and five of the top ten are in Africa, with over 3 million: Ethiopia, Kenya, Uganda, Congo, and Chad. Well over 95% of African refugees never leave Africa. Of the world's 40 million internally displaced people, 24 million are in the Middle East and Africa, with the seven of the ten largest populations in Syria, Iraq, Congo, Sudan, South Sudan, Nigeria and Somalia. Their plight is getting worse and helping aggravate low-intensity conflicts, reconfigured insurgencies, and community-level violence, as well as terrorism. The Pentagon now calls much of the northern half of Africa “the arc of insecurity,” and General Michael Nagata, head of the U.S. National Counterterrorism Center, said at a conference a year ago it is that area of the world that “most keeps [him] up at night.”

Mindful of the inter-connectedness of displacement, regional insecurity, and the fate of the EU, the head of the European Commission, Jean-Claude Juncker, announced in September a $51 billion plan to create 10 million jobs in Africa to stem migration. Addressing the root causes will take a lot more than that, but more aid does not seem in the offing. Both the EU and the Trump administration have articulated new plans for Africa designed to compete with Chinese and Russian influence, somehow, through significant cuts in assistance. And both Europe and the U.S. intend to try to replace the shortfall with trade and investment, but modest increases in those will hardly be enough to address the conflicts and threats that drive displacement from countries like Sudan and Eritrea.

Despite the recent reduction in migration, the issue’s political importance will likely mean it remains the highest priority for Europeans when it comes to North Africa. Roughly 117,000 migrants arrived on southern Europe’s shores last year, according to the UNHCR, and many more failed in crossing the Mediterranean, were turned back, or died trying. In parts of southern Europe, anti-immigrant sentiment is so strong that some countries, especially Italy, are increasingly refusing to accept migrants rescued at sea by European NGOs. Tens of thousands of migrants have been returned to Libya, many housed in camps where conditions are atrocious. Thousands of returnees to Libya have also been trafficked in various ways or in some cases forced or coaxed into criminal or terrorist activities. ISIS’s last stand in Sirte, for example, involved migrants swept up in the fighting half-heartedly defending the caliphate for a paycheck that will never arrive. Europe has helped Libya in securing its borders, in developing its coast guard, and in fighting terrorists, particularly in the south near the border with Chad, but this has not helped the large numbers of migrants forced back to Chad or fleeing poor conditions in Chad back into Libya.

Even as they work together to improve border security, Europe and North Africa know that it alone will not stem the flows. Their cooperation extends to a range of governance and socioeconomic issues designed to improve the situation of North African populations, but this will only marginally affect the plight of migrant Africans. And just as Europe has increasingly realized its fate depends on its southern neighbors, both in terms of migration and security, North Africa has realized the same. North African countries are increasingly focusing their diplomatic and assistance efforts on the Sahelian states of Chad, Niger, Mali, and Mauritania, all important migrant transit countries.

A major impediment, however, is the lack of consensus and cooperation among European states on migration, just as there is relatively poor cooperation among North African states. It will be hard for Europeans to come to a common understanding with North Africans on migration when they do not have one among themselves. With several European states unwilling to back down from hardline anti-immigration positions, some European officials are even referring to migration as a taboo subject in the run-up to the summit.

Migration has been politicized in every European and North African country, with North African states often leveraging cooperation on migration against European concessions in areas like trade and aid. Bilateral deals along these lines will continue to be struck. What is unlikely, however, is that Europe and the Arab League as blocs will be able to accomplish much on migration when there is so much internal division on both sides as to how to deal with the issue and its underlying drivers, such as poverty, poor governance, and war.