European Identity and the Plight of Syrian Refugees 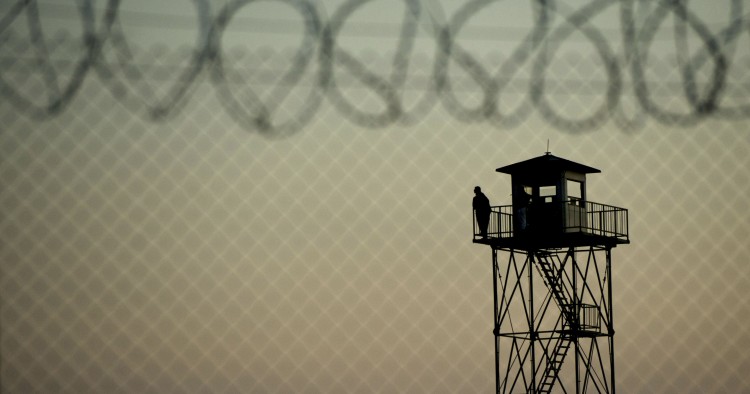 This essay is part of a series that explores the human costs and policy challenges associated with the displacement crises in the Mediterranean and Andaman Seas. The essays consider the misconceptions that have pervaded discussions about these two crises, as well as the constraints or capacity deficiencies that have hampered the responses to them. See more ...

Please let me begin this essay by confessing that I find it difficult to talk about European identity and citizenship as the mass exodus from Syria continues, human bodies are found, and as many more ramshackle boats are attempting to cross the Aegean Sea.

I also find it difficult to talk about a refugee crisis, or the economic crisis in Europe, or the implications of austerity politics. Despite all these pressing and immensely important issues, we do not face a historical crisis. Following Jose Ortega y Gasset's definition of a crisis, no system of convictions has been broken, living people confused "as in a state of not knowing what to do."[1]

I find it difficult, too, to discuss with colleagues the shortcomings of the Dublin system and the effectiveness of readmission agreements. Even the most well thought out legal instrument and carefully designed asylum policy would be put under strain by a sudden population movement owing to a continuing war and seemingly endless conflict. The drafting of a European code on migration and asylum, which was on the commission’s Action Plan Implementing the Stockholm Programme,[2] will be done in the future.

It would also be sad if countries decided to ‘turn inwards’ and if their political elites talked about Europe being ‘swamped’ by asylum seekers or the ‘swarm’ of refugees—pregnant women and children seeking protection. Such discourses do not reflect the European identity. Nor do they reflect the values of the European Union. Now is the moment for politicians in all E.U. member states and the European Union to display leadership and to affirm the values animating the European Union[3] and their constitutional democracies.[4]  In other words, they have to create the institutional conditions which enable human living and social fellowship. They need to realise the only real values there are: the values of the human spirit. Their policies and responses must be principled and humane, that is, guided by the anthropic principle.

Matthew Arnold, who wrote his poetry in the 19th century, defined ‘civilization’ as ‘the humanization of man in society.’[5] Arnold believed, following Samuel Coleridge, that states have the positive duty of humanizing and civilizing their members, in addition to responding to the plight of others in need.[6] Both humane responses and humanizing policies and discourses are required in Europe now. In other words, we need responses and policies that reflect Europe’s identity.

It is true that collective identity is a nebulous notion. The term did not exist in the 18th and 19th centuries. The 1930s Encyclopaedia of Social Sciences published by Macmillan Publishers had no entry for the term identity.[7] Collective identity is the product of the second half of the 20th century. The 1968 International Encyclopaedia of the Social Sciences, edited by Macmillan, did have an entry on ‘identity, psychosocial’ written by Erik Erikson.[8] Indeed, Erikson’s work on individual personality and ‘personal identity’ crisis contributed to the popularization of the term in social sciences and in policy circles.[9]

As the European Community was searching for a new vision in the 1970s, a narrative on European identity seemed to be the missing ingredient that could reinvigorate European integration by eliciting peoples’ interest in and support for European affairs. The Werner Report on Economic and Monetary Union in 1970 and the creation of the European Political Cooperation in the same year provided impetus for the political development of the community, but the latter process, unavoidably, needed ‘Europeans.’ Accordingly, the Copenhagen summit in 1973 furnished a Declaration on European Identity, which was to be built by coordinated action internally and externally.[10]

The internal face of the European identity required a predominantly political public narrative which would champion critical, legal, and political principles. The principles championed included respect for the rule of law, social justice, human rights, and democracy, as well as the grant of special rights to Community citizens. In turn, the external face of the European identity would highlight the role and responsibilities of the nine Member States vis-à-vis the rest of the World. In December 1974, the Paris Summit Conference endorsed the declaration and laid down the foundations for direct elections to the European Parliament and the incremental development of a ‘citizens’ Europe.’ Leo Tindemans, the Belgian prime minister produced a report which advocated the protection of fundamental rights in the European Union, consumer rights for European citizens and the protection of the environment.[11] The establishment of common European rights would bring ‘Europe close to its citizens,’ create a feeling of identification with the union as a whole, and make a ‘people’s Europe’ a reality.

So, contrary to the depiction of a common European identity as an end of the process of creating an ever closer union, I would argue that the question of a European identity has already been settled. The answer lies where we started from. Otherwise put, what we believe the end is—in reality—the very beginning. Peace, freedom, democracy, the rule of law, social justice, strengthening citizens’ rights, and protecting fundamental rights are the premises of a European identity. These are also the preconditions that make discussions about European identity possible.

In the Declaration on European Identity, the nine Member States at that time expressed their determination to build a community of law and democracy which measures up to the needs of the individual and preserves the rich variety of national cultures.[12] Many things have changed since 1973, but I would argue, the building blocks for a political—as well constructive—notion of European identity remain the same.

Yet, the actions of the member states during the last 12 months with respect to the so-called ‘refugee crisis’ reveal their betrayal of those commitments undertaken in 1973. Certain national executives refused to ‘accept’ the suffering of many innocent Syrian nationals and they did so without incurring guilt. In so doing they undermine the European Commission’s efforts in providing a political response. By closing borders—thus leading people to cross the Aegean Sea in unsafe boats—instead of responding to the plight of families seeking protection Europe’s leaders made the choice to degrade European identity. All the noble and rich expressions of human rights that the European Union postulated since 1973 proved difficult to maintain in the encounter with generalized human misery and vulnerability. The best qualities of the E.U.’s affirmation of principles and values were compromised at the sight of human beings whose only desire was to be viewed, and treated, as human beings. Instead of being united by what they uphold and refuse to compromise, Europe’s national and supranational executives became disunited and debilitated. This is known as classic tragic realism.  Yet, the impotence of Europe’s leaders led to more deaths in the Aegean Sea—more human tragedy.

We must not misunderstand the nature of European identity’s tragic fate. National executives displayed progressivism in 1973, but their successors display clear signs of indifference to it. Europe’s leaders are aware of the contradictions and consequences of their responses,[13] but, when faced with this crisis, they cannot provide effective humanitarian assistance to those who need it. Every time, Europe’s leaders meet, they face the same troubled reality. They are free to choose to accept the reality of human vulnerability or to resist it. They are free to invoke ‘security concerns,’ intergovernmental unease about the commission’s relocation proposals and quotas and ‘cultural anxieties’ or to affirm their support of creating an open socio-political space conducive to human living. There exists an undeniable particularity about the situation in the European Union which requires a humanist approach be given priority.

Although dismantling smuggling operations has been a central issue on the agenda of Commissioner Avramopoulos, if the European Union wishes to project itself as a philanthropic community it must be prepared to issue ‘Sanctuary Europe Visas.’ As my students, Ilaria Iovieno and Giulia Fantozzi have argued in their dissertations, "a 'refugee visa' has the potential to reduce clandestine travlelling and entry and could be requested from embassies of Member States, in line with the Australian 2958 precedent and 2003 E.U. Protected Entry Procedure (PEP)."[14] They would permit refugees to work, study, access health care, and to enjoy security of residence and family reunification.

Destiny directs and—in its complex orchestrations—leaves room for reflection, freedom to choose among options, and for decision making. Europe’s leaders can decide to ‘do nothing,’ ‘do something,’ or to affirm ‘humanness’ all the way. If they choose the former, they would effectively choose to downgrade the ideals they espoused in 1973 into ideas. The cherished goal of a European identity will be simply destroyed in this process.

[11] For an analysis, see D. Kostakopoulou, Citizenship, Identity and Immigration in the European Union: Between Past and Future (Manchester: Manchester University Press, 2001).

[13]  See “E.U.-Turkey Joint Action Plan European Commission Fact Sheet, MEMO/15/5860,” E.U.-Turkey, October 13, 2015. Compare the E.U.-Turkey Joint Action Plan which was activated on November 29, 2015. In it, the European Union identified a number of measures to be adopted by Turkey, including the prevention of irregular departures of migrants and refugees from its territory to the E.U., in exchange for the provision of financial assistance, progress in the visa liberalisation roadmap and the re-activation of the accession discussions with Turkey.