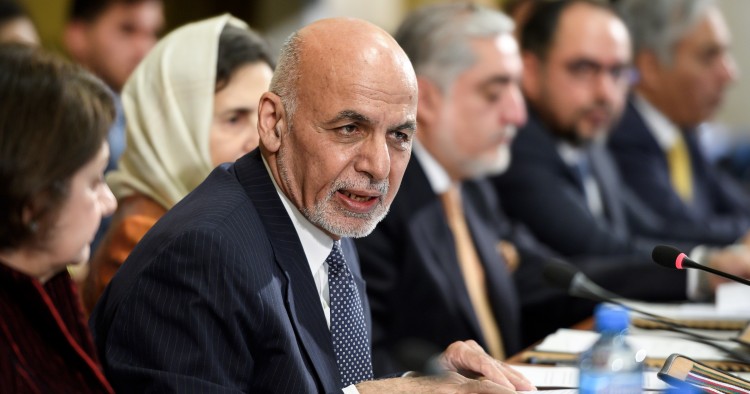 Held on Nov. 27-28, the two-day Geneva conference on Afghanistan, co-sponsored by the United Nations (UN) and the Afghan government, brought together high-ranking officials from around 60 countries along with representatives from a number of international bodies. The primary objective was to review the Afghan government’s use of more than $15 billion in foreign aid committed by the international community for education, health care, infrastructure, and the fight against corruption since the last donor conference in Brussels in 2016.

Underlining the need for progress in the areas of job creation, graft, empowerment of women, and governance, and human rights, the participants adopted the Geneva Mutual Accountability Framework, which lays out reform objectives and commitments for the Afghan government and the international community for 2019-2020. The central message in Geneva was that security dynamics need to be integrated into Afghanistan’s development agenda, and the conference spurred significant new commitments from the U.K. (of humanitarian assistance) and European Union (of $535 million in financial aid to support reforms in the public, health, and justice sectors, as well as to address migration and displacement issues), among other donors. The international community made it clear that it is working to build up Afghanistan’s institutional capacity and provide support at a time when the country faces innumerable challenges. Most importantly, a strong appeal was made to the Afghan Taliban and other non-state armed groups to accept the government’s offer of unconditional peace talks.

Speaking in Geneva, Afghan President Ashraf Ghani promoted his government’s reform agenda, which he emphasized was aimed at improving the business environment, facilitating trade, enhancing infrastructure, and unlocking natural resource wealth. Regarding the latter, he highlighted the country’s as-yet untapped potential, noting that Afghan “natural resources are estimated to be worth one trillion dollars. But they remain on paper.”

Toby Lanzer, the deputy special representative for the UN Assistance Mission in Afghanistan, painted a more mixed picture, admitting that “this is one of the worst moments for the people of Afghanistan,” but also noting that “important progress has been made in the last 24 months” on many fronts. The business environment is one such front, with Afghanistan garnering the “top improver” rating for the past year in the World Bank’s 2019 Doing Business report, jumping 16 places in the 190-country ranking. The World Bank report shows the remarkable progress made by Afghanistan, despite extremely adverse circumstances. Considerable improvements have been made in areas like mobilizing domestic revenues, managing finances, and strengthening anti-corruption regulations.

But daunting challenges remain. Afghanistan is among the most corrupt countries in the world. Transparency International ranked it 177th out of 180 countries last year, giving it an overall score of just 15 out of 100. Corruption is a particular problem in the education system, linked to everything from the abysmal state of infrastructure to widespread fraudulent enrolment numbers. The appointment of teachers and school construction projects are riddled with graft. Violence is a major challenge as well, and attacks on students, teachers, and schools have risen dramatically this year, particularly in areas which are either under the control of or contested by the Afghan Taliban.

GDP growth has decelerated sharply in recent years following the departure of most NATO troops, falling from 14.4 percent in 2012 to just 2.6 percent in 2017. Afghanistan has also been hit hard by a severe drought, which has displaced an estimated 260,000-plus people across four provinces in the west of the country, and it faces the onset of what will likely be an extremely challenging winter.

Without breaking the vicious circle of violence, conflict, and instability, any major improvement in economic growth and human development indicators will likely prove difficult, if not impossible. The success of the Geneva conference depends on the Afghan government’s ability to actually implement and reap benefits from various project commitments. However, what the Ghani administration seems to lack is internal cohesion and professional capacity, not only to navigate the country away from its dependency on foreign aid, but also to chart a clear strategy toward a negotiated political settlement.

The Ghani administration does benefit from the solid support of Washington and other leading Western capitals, which provides the government with some semblance of stability. This support extends from the political to the financial as well: the U.S., for example, has appropriated more than $132 billion in aid for Afghanistan since 2002, with about 63% of this going to security and 28% to development.

But it is also true that there is little President Ghani can do about the main obstacle to peace: the obstinacy of the militarily ascendant Taliban. In turn, this necessitates disproportionate spending on security, which accounts for more than 20 percent of GDP. Reducing Afghanistan’s huge dependence on foreign aid and bringing down its security costs are essential if the country is to make sustainable economic progress.

The Geneva conference took place as the Trump administration has become actively engaged with the Afghan Taliban, with U.S. special envoy Zalmay Khalilzad holding a series of talks with the Taliban in Qatar in order to launch a formal peace process. Ghani briefed the Geneva gathering about the progress of peace talks, particularly regarding the formation of a 12-member negotiating team that will hold discussions for a peace agreement aimed at including the Afghan Taliban “in a democratic and inclusive society.” Afghan Chief Executive Abdullah Abdullah explained the five steps involved in the peace process: first, there would be intra-Afghan dialogue; second, discussions with the U.S. and Pakistan; third, with regional actors; fourth, with the Arab world; and finally, with NATO and non-NATO countries. Anticipating the hurdles ahead, Ghani outlined a five-year timeframe for any peace deal to be fully implemented.

So far efforts remain stuck on the first step. Russian Foreign Minister Sergey Lavrov shared Moscow’s concerns about “the deterioration of the military and political situation” in Afghanistan, while calling for a “broad intra-Afghan dialogue with the participation of the government, the Taliban movement, and the whole spectrum of political and social forces.” However, it is the second step that may ultimately prove to be the most troublesome. Accusations and counter-accusations between Washington and Islamabad have already limited the scope for finding common ground. Trump recently said in an interview that Pakistanis “don’t do a damn thing for us,” even though the U.S. has given Pakistan billions of dollars in aid. Pakistani Prime Minister Imran Khan lost no time in taking to Twitter to “put the records straight,” and asked the U.S. to do some soul searching to figure out why it has failed in Afghanistan.

Successful and transparent presidential elections in 2019, together with a politically negotiated settlement, would be a game-changer for Afghanistan’s economic prospects and political stability. The voice that emerged from the Geneva conference is that Afghanistan’s international partners are keen to back a peace agreement with the Taliban, with a sustained commitment for donor support that is beneficial for the Afghan people.