Geopolitics and propaganda: Lessons from the Black Sea 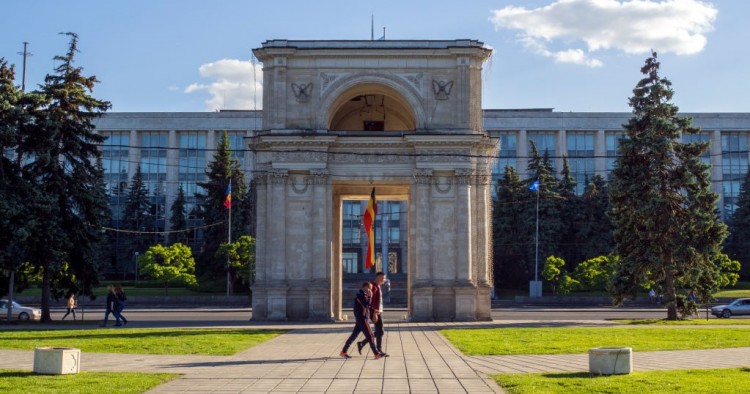 “I wish Georgia had the geographic location of Moldova” a Georgian political leader told me and a group of experts in Washington recently. Georgia and Moldova have much in common, from their geography and history to their shared status as EU Eastern Partnership countries on a track to internal reform and closer integration with the West. Moreover, both Georgia and Moldova have also faced similar obstacles in their path toward Western integration in the form of Russian challenges to their sovereignty, independence, and territorial integrity.

Aware of Moldova’s vulnerability to illiberal foreign influences, I couldn’t have disagreed more with the Georgian politician’s statement. When it comes to permeability, geography matters less than one might think. Unlike Georgia, Moldova does not share a border with Russia, is geographically closer to the West, and has Romania as its unconditional ally on its path toward Western integration. In spite all of this, however, Moldova remains far more vulnerable to illiberal foreign influence than Georgia is.

Since Russia’s 2014 annexation of Crimea, malign foreign influence within EU countries has been the subject of considerable scrutiny. There are two major drivers for this. First, Moscow has crafted a narrative around traditional values, constructed in opposition to Western values of liberalism and tolerance, that has resonated with certain elements across Western societies. Second, Russia’s use of disinformation to fight the West has increased steadily in recent years, focusing attention on the issue. Moscow’s election meddling, open support for political candidates favorable to Russian interests, cyberattacks, and promotion of traditional, non-liberal values have led to a plethora of studies and initiatives on malign foreign influence.

When examining the issue, most Western studies have focused on the narratives and instruments. So far few studies have looked at societal vulnerabilities to propaganda in general. Even fewer have attempted to compare non-EU and NATO members with member states to assess the resilience EU and NATO countries develop. As part of a 2016 study, however, I contributed to developing an instrument to measure societal vulnerability to malign foreign influence, known as the permeability index. This index enables the comparison between countries with different conditions, such as NATO and non-NATO members, countries with or without disputed borders and conflicts, those with traditionally good or bad relations with Russia, and so on. Societal vulnerability was measured using quantitative and qualitative analysis, backed by interviews and questionnaires carried out by subject matter experts (including on social, economic, domestic, and foreign policy), as well as comprehensive analysis of the relevant policy areas. Comparing four Black Sea states, Bulgaria, Georgia, Moldova, and Romania, the study makes clear that factors beyond geography matter for countries trying to build resilience to illiberal influence.

The comparison of EU and NATO members Romania and Bulgaria with partner countries Moldova and Georgia shows that the level of permeability to malign foreign influence is broadly similar. Romania, a country with an enmity perception toward Russia akin to that of Poland, is unsurprisingly the most resilient to Russian propaganda. However, there is only a minimal difference between Romania’s vulnerability and that of Bulgaria, an EU and NATO member traditionally friendly to Russia and often accused of being Moscow’s “Trojan horse” in the West. The difference between Bulgaria and Georgia is similarly small, though Georgia is not an EU and NATO member and has a different perception of Russia from that of Bulgaria. Of the four countries, the only one with significantly differing results is Moldova, another non-NATO and non-EU member. Though Moldova has, similarly to Georgia, frozen conflicts caused by Russia, its strategic orientation, unlike Georgia, has shifted several times between the West and the East, depending on the political party in power. Moldova and Georgia were — unlike Bulgaria and Romania — part of the Soviet Union until the very end with its collapse in 1991. Moldova and Georgia then declared independence, which led to military conflicts in the regions of Transnistria (Moldova) and Abkhazia and South Ossetia/Tskhinvali (Georgia), supported by Russia. The three regions, backed by a significant Russian military presence, declared independence and the conflicts were frozen. Georgia and Moldova thus had major pressure points that made it more difficult for them to adopt a clear Western orientation, while Bulgaria and Romania have been on a steady path, unchallenged by Moscow.

What explains Moldova’s exceptionality among the four Black Sea countries, and sets it apart from Georgia in particular, is its more recent experience with Russia. From the outset, Moldova — unlike Georgia — enshrined its military neutrality in its constitution. Its conflict in Transnistria was frozen in 1992, and since then massive Russian socialization through media channels has resulted in a partially positive perception of Russia among Moldovans. In the case of Georgia, however, while the frozen conflicts in Abkhazia and South Ossetia/Tskhinvali region started around the same time, they were reignited in 2008 when Russia invaded. The recent memory of Russian tanks on Georgian territory just over a decade ago has significantly increased Georgia’s societal resilience, making it equivalent to that of a NATO member state. Georgia has firmly established its Western political orientation, going so far as to amend its constitution in 2017 to include that “state constitutional bodies shall take all necessary measures to ensure Georgia’s full integration into the EU and NATO.”

As the research makes clear, EU and NATO membership are not a necessary precondition for increased resilience to illiberal foreign influence. Nor is geography the determining factor either. Even two countries that on the surface seem to have much in common, like Georgia and Moldova — small states that both gained independence in the wake of the Soviet Union, have frozen conflicts on their territory, and are pursuing EU and NATO membership — can differ significantly. Although Moldova benefits from unconditional Romanian support and its perception as a poster child for EU integration, corruption — both domestic and transnational — and Russian influence have contributed to its increased vulnerability. The key difference between the two countries, however, is recent historical experience, and unfortunately, collective memory is often shorter than one might hope. Russian military aggression in 2008 has made Georgia more resilient to propaganda and foreign influence.

Beyond possible comparisons in societal resilience, there is an obvious point I need to make: Georgia, Moldova, Bulgaria, and Romania are all vulnerable to malign foreign influence. EU and NATO membership or geography matter less for building societal resilience than does the stability provided by liberal democracies. Education, media literacy, and economic development are all key to increasing resilience. For countries in Frontier Europe, from Moldova to Georgia, this means that governments need to foster individual liberties and invest in economic opportunities. For the West, this means not taking geographic and political givens for granted. Events have proven that being close to or part of the West is not enough to guarantee resilience and even well-established democracies are vulnerable. Therefore, lessons should be learned from both resilient democracies with high media literacy as well as from those countries that were forced to build resilience in the face of external aggression.

Iulia-Sabina Joja is a Senior Fellow with MEI's Frontier Europe Program and a DAAD Post-Doctoral Fellow at the Foreign Policy Institute of the Johns Hopkins School of Advanced International Studies in Washington, DC, where she researches Black Sea security. The views expressed in this piece are her own.