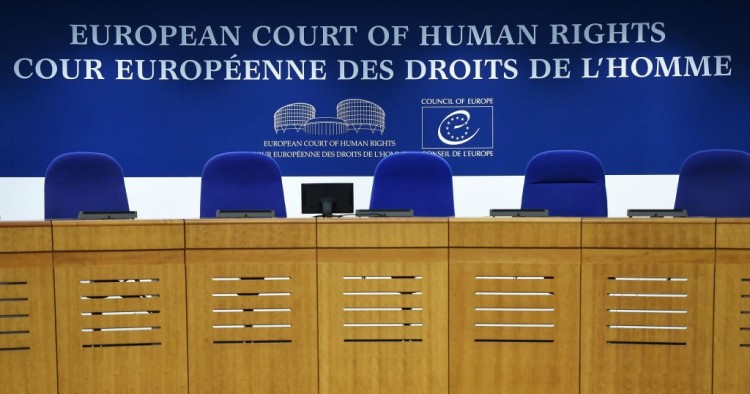 Amidst the pandemic and global economic hardships, Georgia has had an eventful beginning to the year, scoring a long-awaited victory against Russia. On 21 Jan., 2021, the European Court of Human Rights (ECHR) announced its verdict on the interstate case brought by Georgia against Russia, holding Moscow responsible for breaching six articles of the European Convention of Human Rights.

The case was brought by Georgia on 11 Aug., 2008, following the August War of that year which resulted in Moscow illegally occupying 20 percent of Georgian territory. During the five-day war, Georgia lost 412 citizens, including servicemen, policemen, and civilians, and around 35 000 homes were destroyed. More than 26 000 citizens are still denied the right to return home, with some forced to live in IDP settlements while facing difficult socio-economic circumstances. The war, which culminated in Russia’s recognition of Abkhazia and the Tskhinvali region (the so-called South Ossetia) as independent states, shocked the global community.

Twelve years later, the ECHR has ruled that Russia is responsible for major human rights violations, including murdering civilians, torture, violations of freedom of movement, liberty and security, and destruction of property. Moscow has been found responsible for torturing Georgian prisoners of war and for the expulsion of ethnic Georgians from their homes. The ECHR found that 160 detained ethnic Georgians were subjected to inhumane torture.

Perhaps most importantly, the court established that Russia has been exercising “effective control” over the Tskhinvali region and Abkhazia since 12 Aug., 2008. This means the ECHR has legally demonstrated that Georgian territories are under Moscow’s ongoing occupation, and any further attempts of aggression will be linked directly to the Kremlin. Russia has also been held responsible for procedural violations regarding its failure to undergo an investigation into hostilities and human rights violations.

The ECHR’s verdict is an historic victory for Georgia. It confirms Russia is an occupier that supports regimes in the Tskhinvali region and Abkhazia. The decision offers Tbilisi an important political instrument to dismiss Russian attempts at portraying itself as a peacemaker and mediator, while also imploring the international community to take practical steps to prevent Russia’s growing militarization in occupied regions and ethnic discrimination of the Georgian population.

For the international community, the ECHR’s decision is a way to hold Russia responsible for ongoing human rights violations in Georgia. This includes the kidnappings and killings of Georgian citizens across the so-called administrative border lines, as well as Russia’s ongoing illegal “borderization” which has resulted in installation of fencing and barbed wires by Russia-backed de-facto authorities in an attempt to pursue further occupation of Georgia’s territories.

The ECHR judgment may also have a positive impact on the International Criminal Court’s (ICC) ongoing investigation into possible war crimes and crimes against humanity committed during the 2008 war. The ECHR has already unanimously proved that acts of torture against Georgian prisoners of war and the murder of Georgian civilians occurred. The ICC must now identify those responsible for executing these war crimes.

This recent victory is the second interstate case won by Georgia. In 2014, the ECHR ruled that the arrest, detention, and collective expulsion of Georgians from Russia in 2006 violated the Convention. The ruling was followed by a decision in 2019 to hold Russia responsible for paying €10 million in compensation for damages inflicted during the mass deportation. As with many other rulings by international judicial authorities, the Kremlin deliberately chose to ignore the verdict.

As much as the ECHR decision is a victory for Georgia, Tbilisi continues to be challenged by Russian disinformation, “borderization”, and cyber-attacks. Russia uses every opportunity to interfere in Georgia’s domestic affairs and disrupt the stability, prosperity, and democratic processes that are so necessary for Georgia’s European and Euro-Atlantic integration. Russian disinformation is particularly focused on shifting public opinion on NATO and pro-Western foreign policy. It does so by spreading fake news, sometimes through local Kremlin sympathisers, that Georgia’s NATO membership could trigger another devastating war, or that Georgia is making a voluntarily choice to join NATO without the Abkhazia and Tskhinvali region. However, recent public opinion polls conducted by the National Democratic Institute (NDI) suggest Russia’s anti-NATO propaganda efforts have so far failed. Instead, popular support for Georgia’s NATO membership increased from 69 percent in 2020 to 74 percent in 2021.

Encouragingly, Georgia’s NATO membership was raised during the confirmation hearing of Secretary of State Antony Blinken. The secretary clearly reaffirmed his support for keeping NATO’s door open to Georgia if it can meet membership requirements and contribute to collective security (Georgia has already demonstrated that it can). In response to Senator Rand Paul suggesting Georgia’s NATO membership could trigger a war with Russia, Secretary Blinken correctly explained that the consequences of membership would be the complete opposite. NATO membership for Georgia will serve as a deterrence because engaging in conflict would simply be too costly for Russia. It was, in fact, a weak global reaction in 2008 that failed establish deterrence powerful enough to ensure the Kremlin never again exercises aggression against its neighbours.

On 5 Feb., 2021, Secretary Blinken held his first phone conversation with Russian Foreign Minister Sergey Lavrov, during which Russia’s military aggression toward Georgia and Ukraine was discussed. This conversation breathes new hope that the current administration will stand more closely and more proactively with its Black Sea allies than its predecessors.

The ECHR judgement also sets an important precedent for Kiev, another target of Russia’s aggressive foreign policy, as it seeks to hold Moscow responsible for crimes committed on Ukrainian soil. As we witnessed with the annexation of Crimea in 2014, history will repeat if Russia is not held accountable for its aggression. A few days prior to the ECHR verdict, the court has also found complaints brought by Ukraine against Russia over human rights violations in Crimea in 2014 partly admissible. Most importantly, the court found that Ukraine’s complaint on Russian troops being directly involved in human rights violations was coherent.

The cases of Georgia and Ukraine are shedding much-needed light on war crimes committed by Moscow. The verdicts must be used by the international community to increase pressure on Russia in a bid to making the Black Sea region safer.

The ECHR ruling is an historic achievement for Georgia, not least as a way to advocate for Georgia’s cause on the international stage. Russia will continue to ignore the verdict and prevent Georgia’s European and Euro-Atlantic integration, while also supporting the de-facto regimes in Abkhazia and Tskhinvali region. To face such significant national security challenges and maintain the momentum following the ECHR decision, Georgia needs greater support from its allies.