Getting complicated in a hurry: The implications for Egypt of Russia’s invasion of Ukraine 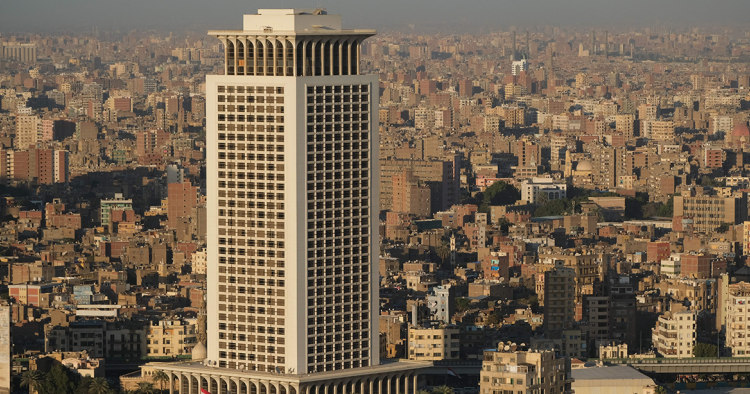 A week after Russia invaded Ukraine, the economic and political ramifications for Egypt have evolved more rapidly, and comprehensively, than its policymakers would have wished.

Egypt is having to deal with fallout on a number of fronts, including worries about crucial wheat imports (around 80% of which come from Russia and Ukraine), further blows to an already hard hit tourism sector, foreign reserves depletions, and an uncomfortable juggling of relations between Russia and the West.

The wheat situation has garnered the most media attention — and with reason. Egypt is the world’s largest wheat importer; of the 20 million tons its burgeoning population is expected to consume this year (2021/22), about 13.2 million tons are imported, and approximately 80% of that would normally come from Russia and Ukraine (roughly 50% and 30% respectively). ﻿Egypt had, in fact, been quietly working on diversifying its wheat sources for much of the last year, from both European sources and ones closer to home, on the continent. Just before the invasion, Egypt had bought about 180,000 tons of Romanian wheat to hedge its bets and there were reports that an Egyptian vessel named Wadi Al-Arab carrying Ukrainian wheat had left the port of Yuzhny on Feb. 26, bound for Alexandria. However, Egypt buys wheat at tenders and the next two wheat tenders during the week after the invasion fell flat, with the only wheat available being French and U.S. wheat that was being sold at almost double what the Egyptian government had budgeted. To date, there are worries that the bill for this year’s bread subsidy, already a whopping $3.2 billion, might rise by over $760 million. The situation is exacerbated by a broader spike in global food prices, which are at a 10-year high, with wheat prices topping the list, up 33.1%, according to the U.N. Food and Agriculture Organization (FAO). The situation is dire and an existential crisis — or nothing to worry about, depending on whom is telling the story. The reality is likely that while it might not be an immediate crisis at the moment — Cabinet spokesman Nader Saad has said that between imports and local production, Egypt should have wheat for nearly nine months — it is one that is going to become progressively more worrisome as time goes on.

Egypt consumes those vast quantities of wheat because it consumes vast quantities of bread. The grim austerity measures that were ushered in during the reform program on the back of the 2016 International Monetary Fund (IMF) loan stripped subsidies away from most products, but not bread. Bread is peculiarly sensitive for Egyptians; heavily subsidized, it provides a lifeline to the estimated 29.7% of the population that lives below the poverty line. The last time an Egyptian government attempted to tamper with the bread subsidy was in 1977, under President Anwar Sadat. Two days of rioting convinced the government to leave well enough alone. More recently, President Abdel-Fattah el-Sisi has said that the subsidy will have to be whittled back, cutting down on the number of people per family who received subsidies on ration cards and not allowing any new applicants to the system. While a final decision is expected at the end of March, there have been rumors that the card system might be substituted for cash transfers, although given the government’s concerns about inflation, that’s by no means certain.

The crisis is also affecting Egypt’s vulnerable tourism sector, already hard hit by the pandemic. Russians had formerly constituted a significant chunk of Egypt’s visitors until a Russian flight was downed in a suspected terrorist attack in Sinai in 2015 and flights had only resumed in 2021. The government had hoped that the expected 300,000 to 400,000 Russian tourists a month would put a sizeable dent in the sector’s deficit. Instead, the sector is having to deal with another unexpected cost. The Ministry of Tourism has asked hotels to host any of the 16,000 Ukrainians stranded in Egypt, free of charge, until they can fly out to their own, or a neighboring, country. While it’s a generous gesture on behalf of the government, Ali Mansour, a member of the board of directors of the Egyptian Chamber of Tourism Establishments, told Mada Masr that it would cost hotels LE 50,000 to LE100,000 in losses, daily. While it appears that the situation is only expected to last through March 3, it’s still a severe hit to an industry struggling to rise from its knees.

Nor is the tourism sector the only one seeing losses. Reuters recently reported that Egypt’s net foreign assets, already at their lowest since April 2017, are taking a hit. Egypt had already been working hard on raising demand for its treasury bills, to patch budget deficits and prop up current accounts, and was seeing its efforts complicated by news of an imminent U.S. Federal Reserve interest rate hike. The crisis in Ukraine has made investors leery of emerging markets and on Feb. 28, “a moderate sell-off of Egyptian treasuries that began on Thursday gained momentum.” The estimates from the sources who spoke to Reuters varied wildly, from a few hundred million dollars to $3 billion; both sources said that “after the initial surge, the market was relatively calm on Monday and Tuesday.”

The same probably can’t be said for Egypt’s government and foreign service. The crisis is squashing them between Russia and the West. After an Arab League resolution that called for “diplomacy, and escalation avoidance” placed an emphasis on the humanitarian aspects and mentioned the Arab states’ “close relations” with both sides, without ever actually mentioning Russia, most Arab countries voted for a U.N. resolution demanding Russia halt its invasion and withdraw its troops. Egyptian foreign service sources said that Cairo was becoming increasingly concerned about the humanitarian aspects of the invasion.

The issue, however, is extremely complex. Egypt has extensive and convoluted ties with both Russia and the West and it would be counterproductive to step to one side or another. For a country that consistently maintains an independent and conservative foreign policy position, the current situation is intensely complicated. To date, attempts to shove Cairo off the fence have all been in the form of intense diplomatic urging; both the Russian and Ukrainian embassies in Cairo have requested Egypt come out in support of their respective positions and, following the Arab League statement, various Western nations pressed their case that the statement did not go far enough in condemning Russia. It has not yet gone further: Rumors that the U.S. had asked Egypt to close the Suez Canal to Russian ships were flatly denied by the head of the Suez Canal Authority, Osama Rabie. Egypt's economic development remains a pre-eminent concern though; business sources have confirmed that well before the invasion, there have been discussions with various Western nations, including the U.S., over new investments and loans, sorely needed by a country that is working overtime to service its debt. However, Egypt also has significant cooperation with Russia in energy and military matters and, perhaps more importantly, in food imports and exports.

Mirette F. Mabrouk is a senior fellow at MEI and the founding director of the Egypt Program. The views expressed in this piece are her own.