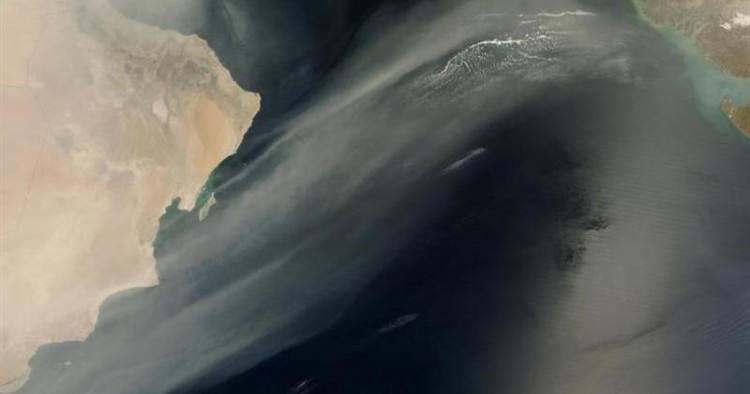 Iran’s growing environmental challenges have recently reached crisis point. Water scarcity and air pollution, in particular, have not only caused sociopolitical and security problems inside the country, but have also strained Iran’s relations with its neighbors. As the Islamic State is losing ground in Iraq and Syria, Iran and Turkey are particularly vying for the control of water in the region. Tension over water sharing is also escalating between Kabul and Tehran as Afghan officials accuse the Islamic Revolution Guards Corps (I.R.G.C.) of using the Taliban to sabotage dam and power projects in western and southern Afghanistan. While the Iranian leaders blame Iran’s neighbors and changes in climate for most of the country’s environmental problems, they largely ignore widespread corruption, mismanagement and wrong policies responsible for the worsening crisis across the country, particularly in underprivileged western and southern provinces.

On Monday, Iranian President Hassan Rouhani accused regional countries, particularly Turkey and Afghanistan, of aggravating environmental problems in Iran and the broader region by constructing major dams without prior consultation with the Islamic Republic. “The fact that our neighboring country is working on 22 dam projects could have very destructive implications on the Euphrates and Tigris rivers. As a result, Iran, Iraq and many other countries can be impacted,” he said about Turkey during his speech at an international conference on tackling sandstorm held in Tehran. “One cannot remain indifferent to damaging consequences of this plan. Regional countries and international organizations have a responsibility in this regard,” he stressed. He called the construction of dams without sufficient scientific research “dangerous” for the region and urged regional governments to stop their ongoing construction plans.

Rouhani’s criticism was not restricted to Turkey as he also pointed the finger at Afghanistan. “We cannot remain indifferent to what is damaging our environment. The construction of several dams in Afghanistan – the Kajaki, Kamal Khan and Selma dams and other dams in the north and south of Afghanistan – impacts our Khorasan and Sistan and Baluchestan provinces,” he warned.

Rouhani claimed that 80 percent of Iran’s sandstorm problem originates outside Iran. “Iraq, Syria, Jordan, Kuwait, Saudi Arabia, Pakistan, Afghanistan and Turkmenistan are among countries that are the source of dust and sand in our region that enter our country,” he added.

He called on regional countries – particularly Iran, Iraq and Turkey – to work in unison on a “win-win” solution to resolve water crisis in the region. “In this region, it is not possible to act in a way that one country can benefit from water resources and deprive other countries of them.” He added that his government has also initiated dialogue with Iraq, Afghanistan and Turkmenistan to agree on “joint plans” that benefit the entire region.

Rouhani’s remarks come as climate changes and the Iranian government’s wrong policies have depleted the country’s water resources and created serious environmental issues.  In February, Rouhani had to travel to Khuzestan Province to calm growing public anger over sandstorms and power blackouts. Khuzestan – an oil-rich province which borders Iraq and has a majority Arab population – has long been ignored by the government in Tehran. The environmental crisis in the province had forced schools and government departments to temporarily shut down as water and electricity supplies were disrupted. Many residents still suffer respiratory problems in the province.

However, Iran’s water shortage is not confined to one specific region. The country’s water resources have depleted to historically low levels and pose serious threat to the country’s agriculture, public health, economy and security. In March, a senior U.N. official warned that Iran’s water crisis, if left unchecked, would become dangerous for the country in the next two decades. Serge Nakouzi, the representative of the Food and Agriculture Organization of the United Nations (F.A.O.) in Iran, added that population growth, climate change, mismanagement of underground water resources and the government’s efforts for food self-sufficiency are the key factors contributing to the country’s water scarcity problems.

Earlier this year, Iran’s Energy Minister Hamid Chitchian warned that water scarcity has put “Iranian life, civilization and survival at risk.” According to Chitchian, more than 500 Iranian cities and towns are already faced with the shortage of drinking water. Iranian officials claim over-consumption is a key contributing factor as the Iranian population has tripled over the past five decades.  But the problem is not confined to drinking water as severe droughts and water mismanagement have crippled the agriculture sector and exacerbated environmental degradation. Iran’s famous Lake Urmia is on the verge of turning into an arid land as its once abundant, blue waters have almost totally vanished. Water scarcity also carries profound implications for Iran’s internal security. The Iranian media has reported violent clashes over water across the country.

The Turkish government rejected Rouhani’s claims about the implications of Turkey’s dam projects on Iran and Iraq. Fazli Corman, the director general for South Asian Affairs at the Turkish Foreign Ministry who attended the conference in Tehran, said his country began to build the dams after conducting thorough research and assessment. He emphasized that Ankara had no obligation to provide “any guarantees” to Tehran relating to its dam projects – referring to Masoumeh Ebtekar, the head of Iran’s Environmental Protection Organization, who had complained that the Turkish government had failed to provide assurances to Iran about its dam projects. “Does Iran consult and cooperate with other countries when it builds dams? Does it provide any guarantees?” he said. He also called on Tehran not to speak on Baghdad’s behalf and maintained that if Turkey and Iraq have any differences, the two countries will try to resolve it through bilateral negotiations.

The Afghan government was also swift to respond to Rouhani’s remarks. Abdul Basir Azimi, the deputy minister of Afghanistan’s ministry of energy and water, rejected Rouhani’s allegations and emphasized that the Afghan government manages it water resources on the basis of the country’s national interests and international conventions. He added that Afghanistan’s economy is heavily reliant on agriculture and water management helps the country to boost its economy, reduce poppy cultivation and encourage Afghans not to leave the country. Azimi stressed that if Iran wants Afghanistan to be stable and prosperous it should not see construction of dams in Afghanistan as a threat and instead assist Kabul in such plans.

Afghan officials and media outlets often accuse Tehran of aiding the Taliban to obstruct the construction of water dams and ensure the free flow of Afghan water into Iran. According to Hayatullah Hayat, the governor of southern Helmand province, the Islamic Revolution Guards Corps (I.R.G.C.) has provided the Taliban with sophisticated weapons to disable some of the nation's dams so that Tehran could get a larger share of water from the Helmand River.

Jamila Amini, the head of the provincial council of Farah, an Afghan province bordering Iran’s Sistan and Baluchestan Province, said the I.R.G.C. had increased its support to Taliban fighters to prevent the construction of Bakhtabad dam in the province. Sistan and Baluchistan has been grappling with worsening water shortages and Iranian officials have recently stated that the work on the second phase of the British-built Kajaki dam in Helmand is “extraordinarily worrying to Iran” as well.