The Gulf State That Might Get Israel and Iran Talking 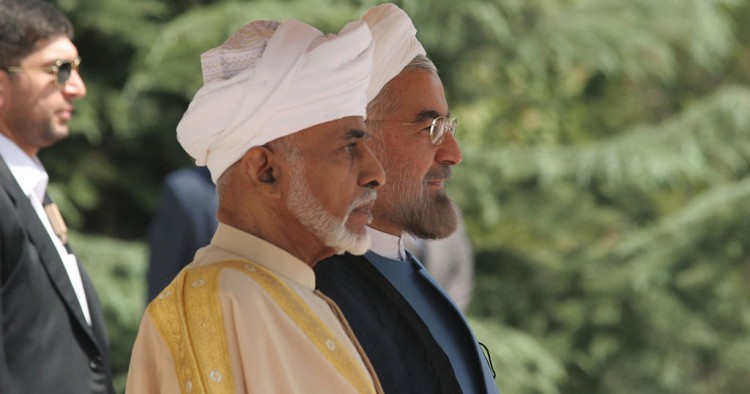 This article, which was co-authored by Sigurd Neubauer, Joel Rubin, and Alex Vatanka, was originally published in Haaretz.

As President Donald Trump has flip-flopped over whether to negotiate with Iran, Tehran fears that his administration’s “maximum pressure” campaign was never about “renegotiating” the 2015 nuclear deal. Instead, the Iranians see Washington’s withdrawal from the agreement only as a pretext to pursue the strategic objective of toppling the Islamist regime.

Meanwhile, as the sanctions have paralyzed the Iranian economy — with Iran losing something like $130 million per day in loss of oil income thanks to the U.S. sanctions — Tehran has had to look for ways to regain leverage vis-à-vis those it sees as leading the effort to isolate it. Tehran does not want sanctions and a bleeding Iran to become the new normal, and is looking for ways to hit back to overturn this reality.

For example, Yemen’s Houthi rebels, who are in some kind of loose understanding with Iran, have suddenly increased the number of drone strikes targeting Saudi and Emirati strategic infrastructure. This is clearly part of Iran’s own messaging campaign about its asymmetric capabilities in the event that it is drawn into a military conflict with Washington and its regional allies.

Israel, of course, could easily be drawn into a regional war given Hezbollah’s own capabilities in Lebanon and Iranian-controlled militias operating in Syria. And yet despite the ever-increasing risks of war between the United States and Iran, a narrow diplomatic opportunity exists. It is not between Washington and Tehran, but rather between Jerusalem and Tehran through Omani mediation.