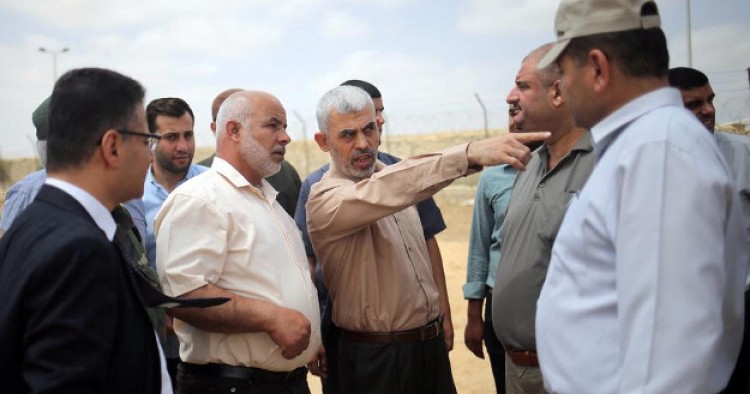 The new leader of the Palestinian militant group Hamas in Gaza has announced that it has restored its relations with the Islamic Republic of Iran, Tasnim News Agency reported. Yehya al-Sinwar told reporters that the militant group has “excellent relations” with Iran and acknowledged that Tehran provides money and weapons to the Izz ad-Din al-Qassam Brigades, the military wing of Hamas. Sinwar further noted that Hamas is willing to improve it relations with the Syrian regime of Bashar al-Assad, but stressed that it did not want to take sides in the Syrian civil war. The Hamas leader in Gaza also claimed the group’s relations with Egypt are strong and added that Hamas has not cut its ties with Mohammed Dahlan, the former leader of Fatah in the Gaza Strip. Speaking about the potential of another war with Israel, Sinwar said: “We don’t want war, but we’re ready for war.”

Comment: In February, the militant Hamas movement elected Sinwar, who was freed in a prisoner exchange with Israel after more than two decades in 2011, as its new chief in Gaza. Khaled Mashal, Hamas’ overall leader, lives in exile.

The selection of Sinwar to lead the movement in Gaza was welcomed by Iran. Hardliners in Tehran expressed the hope that Sinwar will step up armed struggle against Israel. “The significant thing about al-Sanwar is that he was a commander and founding member of al-Qassam Brigades, the military wing of Hamas. Hamas’ strategy during al-Sanwar’s leadership will return to absolute resistance,” Mehdi Azizi, an Iranian Middle East analyst, told Iran’s Tasnim News Agency.

Iran’s relationship with Hamas was strained after the latter did not support Iran’s ally Assad in the Syrian civil war. But the two sides have taken steps to repair their relations. Earlier this month, a Hamas delegation visited Tehran to attend President Hassan Rouhani’s inauguration ceremony, and the delegation held meetings with senior Iranian officials. And on August 11, the head of the Hamas foreign relations department hailed Iran’s support for the group to “resist” Israel and expressed Hamas’ interest in boosting ties with Tehran.