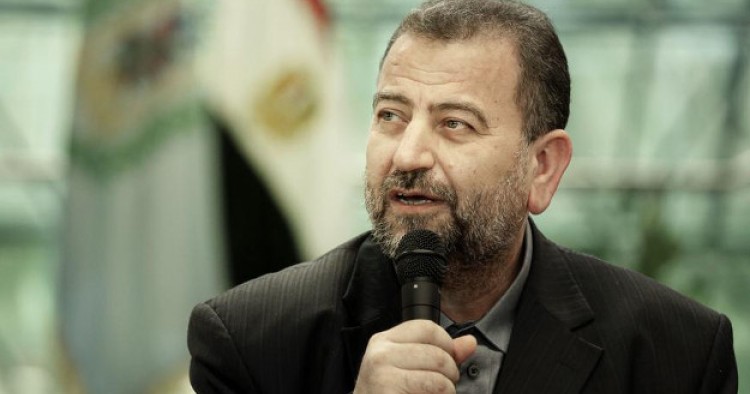 A delegation of senior Hamas officials arrived in Tehran today to discuss bilateral issues as well as the latest Israeli-Palestinian developments, the Iranian media reported. Saleh al-Arouri, the deputy head of Hamas’ political bureau and a U.S.-designated founder of the group’s military wing, is heading the delegation. The two sides are also expected to discuss the implications of the latest reconciliation pact between Hamas and Fatah and the way forward. On Thursday, Yahya Sinwar, who was earlier this year appointed to lead Hamas in Gaza, said the group will not cut its ties with Iran. The delegation’s visit comes about two months after another high-ranking Hamas delegation led by Ezzat al-Resheq, a member of the political bureau, went to Tehran to attend President Hassan Rouhani’s oath-taking ceremony.

Comment: After a period of tension and uncertainty, Tehran and Hamas are taking steps to improve their relationship. The Hamas leadership’s decision not to support the embattled regime of Bashar al-Assad and to move closer to Saudi Arabia and Qatar had soured the militant group’s ties with Iran. Tehran may be finding a solace now that Hamas is returning to the Iranian orbit. The Islamic Republic values its close ties with Hamas for two key reasons: First, Iran uses Hamas and other Palestinian militant groups to jeopardize the security of Israel, Tehran’s primary foe in the region; second, the Islamic Republic, a Shiite theocracy, points to its support for Sunni groups such as Hamas to repudiate the regional perception that it is promoting a sectarian agenda by aiding only Shiite armed groups in the Middle East.

The Hamas delegation’s visit comes as the militant group in control of Gaza last week reached a reconciliation agreement with its Palestinian rival Fatah, which runs the West Bank. The Egyptian government brokered the deal. The Israeli government said it would not negotiate with the new Palestinian government that includes Hamas, and the United States also stressed that Hamas should disarm and recognize Israel if it aims to be part of the Palestinian unity government.