The Horn of Africa’s Growing Importance to the U.A.E. 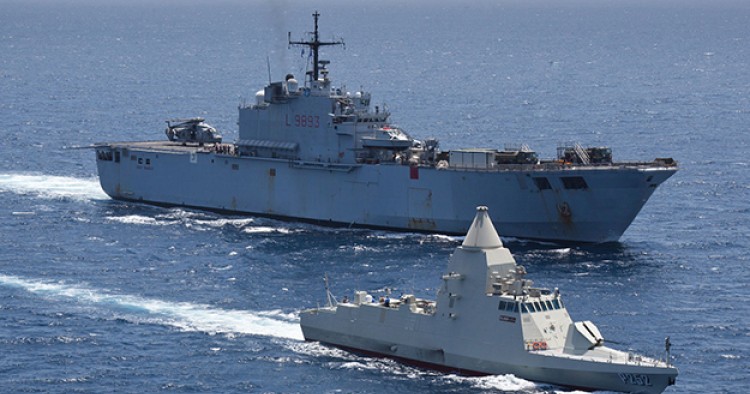 The Horn of Africa is currently playing a pivotal role in the U.A.E.’s security interests at a time of international uncertainty, regional conflicts, and demanding domestic transformations. The U.A.E. is expanding its foothold in the region, with Eritrea to host its first military base abroad and another in Somaliland in the works. Abu Dhabi’s ‘pivot to the Horn’ strategy is designed to tackle three rising security concerns now: Yemen’s instability, freedom of navigation threats, and piracy.

In 2016, the Emiratis opened a military base at Assab in Eritrea which encompasses an airbase, a deep-water port, and a facility for military training. Following meetings between Eritrean President Isaias Afewerki and Saudi King Salman in April and December 2015, Eritrea permitted the use of its military bases to the Gulf states. A 30-year lease agreement between the U.A.E. and Eritrea is part of the aforementioned framework deal. In return, Gulf monarchies pledged a foreign aid package, which includes more fuel supplies to Asmara, the modernization of its international airport, and new infrastructure projects. The Emirates is now seeking to establish another naval outpost in the area in the unrecognized state of Somaliland, at the port town of Berbera. Somaliland’s ‘parliament’ has approved the project, but it has yet to obtain a green light from Mogadishu to proceed, with objections also from Ethiopia and Djibouti .

The Yemen war is the main driving force behind the U.A.E.’s military interests in the area. The U.A.E. forms an important part of the Saudi-led coalition fighting Houthi-Saleh forces in the country, but unlike Saudi Arabia, Abu Dhabi focuses much of its efforts in south Yemen. The U.A.E.’s military priorities in Yemen can be categorized into three areas: counter-terrorism operations against al-Qaeda in the Arabian Peninsula (AQAP) in southern and eastern Yemen, stabilization of re-conquered areas, and training of local forces aligned with the coalition.

Assab’s military facility is, thus, fundamental to the U.A.E.’s commitment in Yemen. The Eritrean base provides invaluable logistical support for operations—such as the Golden Spear operation launched on January 2017 in Western Yemen to regain Mocha and Hodeida—as well as to enforce the naval blockade to prevent Iranian arms from reaching the Houthis. Moreover, the U.A.E. trains and equips many pro-government Yemeni soldiers at Assab including the Hadhrami Elite Forces, which is tasked to secure Mukalla (after AQAP withdrew in April 2016), and the Security Belt Forces, active mostly in Aden but also deployed in the Abyan region.

The other major concern is security of the economically vital Bab el-Mandeb waterway, through which nearly 4 million barrels of crude oil—the majority of Gulf oil to Europe—pass daily. The Yemen war has brought some instability to the area, with the Houthis thus far attacking four ships in the area. The most recent, a Saudi frigate in January, was targeted off the Hodeida port by a remote-controlled drone whose technology was likely transferred by Iran. Two Saudi servicemen were killed. On October 1, 2016, an Emirati catamaran, the HSV-2 Swift, was severely damaged after a missile strike claimed by the Houthis. Underlining the security risks in the area, U.S. Army General Joseph Votel in March told the House Armed Services Committee that Bab el-Mandeb become “an extraordinarily restricted strait.”

Piracy near this vital waterway is another security issue that the U.A.E., and other Gulf states, are seeking to control. In March, a U.A.E.-owned oil tanker was hijacked for ransom by pirates off the coast of Somalia, and diverted toward the port of Alula in the semi-autonomous Somali region of Puntland. This month, an Indian commercial ship was hijacked by pirates along the Somali coast, while a Chinese frigate interdicted Somali pirates to hijack an Emirati-owned oil-tanker in the Gulf of Aden. These are the first piracy incidents in the area since 2012, and add to sub-regional instability. The U.A.E. is taking the piracy threat seriously, with Abu Dhabi financing the Contact Group on Piracy off the Coast of Somalia, the on-shore training activities for the Puntland Maritime Forces, as well as boosting security and training cooperation with the Somali army.

The U.A.E.’s pivot to the Horn strategy combines tailor-made national interests, as well as growing regional influence and military prestige. The Middle East’s main powers—Saudi Arabia, Iran, Egypt, Turkey—are all increasing activity in the Horn of Africa, but the U.A.E.’s insertion into the region should not be considered as competing with other regional powers. Given that the U.A.E.’s objectives are shared by many international and regional powers, such as its counter-terrorism and counter-piracy operations, its addition to the busy waterway complements the activities of other actors—excluding Iran.