How the Guests Became an Enemy: Afghan Attitudes towards Westerners Since 2001 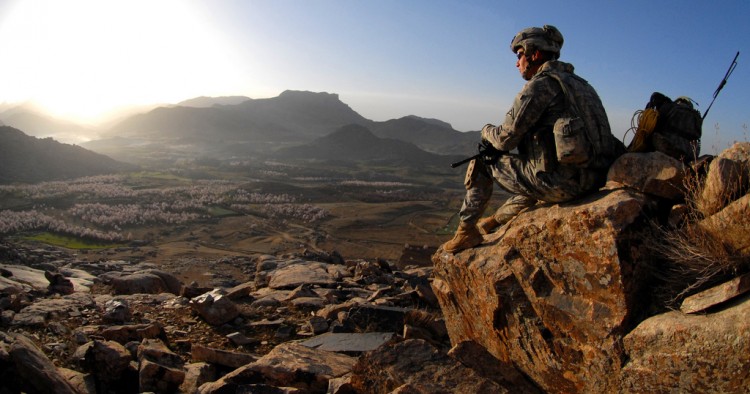 More than five years of gruelling insurgency has made it difficult to remember that, in 2001, the American military intervention was largely welcomed by Afghans. The national currency rose in value when it became clear there would be outside intervention and, for several years, Afghans across the country demanded the deployment of foreign forces in their areas. In June 2001, at the Emergency Loya Jirga, the nation’s representatives gave their biggest round of applause, not to the newly mandated leader, Hamid Karzai, or the former King, Zahir Shah, but to the British officer who had led the deployment of foreign troops to the capital, General John McColl.

In October 2001, when the American bombing of Kabul began, people said they were relieved. They had experienced far worse violence in the mid-1990s when Afghan mujahadin factions laid waste to a third of the capital in the random rocketing of civilian areas. In 2001, Kabulis saw how the US Air Force bombed Taliban targets and al-Qa‘ida houses with precision. The inevitable, but occasional mistake which led to Afghan civilians being killed was taken with a spirit of patience. People hoped these sacrifices would end a quarter of a century of bitter conflict and that foreign intervention would bring peace, an end to isolation, and easier economic times. Most Taliban went home in 2001, hoping for just that; it would be several years before armed opposition to the foreign troops and the US-backed government really got going.

The popularity of this Western military intervention in a Muslim country with a historical antipathy to invaders was extraordinary. However, the goodwill towards the West, particularly the United States, was underpinned by history; the United States had supported the jihad after the Soviet Union occupied Afghanistan in 1979 and was assumed to be friendly. Even the Taliban, when in government, had seemed genuinely perplexed to be criticized by the nation which had armed the jihadis of the 1980s.

Afghanistan had been strangely isolated in the Muslim world. Salafi Arab fighters who had come to support the jihad against the Soviet occupation and later to support the Taliban had given Arabs a bad name — they were perceived to look down on Afghan people and Afghan Islam. Pakistanis were particularly disliked because Islamabad was blamed for meddling in Afghanistan, and the Iranians were only slightly less castigated. “We don’t really think of non-Afghans as proper Muslims,” a friend explained.

Before 2001, very few Afghans had heard of Palestine — even though the Israeli occupation had been the totemic issue among Muslims for decades. It is now common to hear Afghans routinely linking their fate with that of the Palestinians, Iraqis, and Kashmiris, and speaking about Afghanistan as part of a global community of Muslim believers (the umma) which is being attacked by the West. This penetration of standard Islamist ideology is due partly to exposure to external media. It also seems to have become a useful way for Afghans to explain what has happened to their country since 2001.

The longstanding goodwill towards Westerners, which even manifested itself among some Taliban during their time in government, has certainly now been destroyed, eliminated by the failures of the 2001 intervention — the ongoing war and the corrupt government which the West is seen as supporting. Working in today’s Afghanistan, I have to assume that in most places, there will be people who would like to kidnap or kill me because I am a foreigner. Being a journalist or a humanitarian worker is no protection. We are now largely classed with the foreign armies as non-Afghan, non-Muslim, and hostile. Where I know people or have an introduction, or in poorer and more isolated areas which have seen only a little of the Western aid circus and no large foreign troop deployments, people remain friendly, but generally there has been a sea-change in attitudes since 2001.

Before 2001, I travelled widely in Afghanistan, crossing frontlines and sleeping in isolated guest houses several days’ travel from a city or town. The default response to a foreigner was hospitality. There were always dangers — bandits, gangs, landmines, and, in certain phases of the war, rockets and mortars. During the times when the Afghan norms of warfare broke down, Westerners might be shot and robbed by militiamen and very occasionally, foreign women were raped. However, these were, more or less, the same dangers that Afghan civilians faced. Indeed, foreigners were less likely to be deliberately harmed. The value which Muslims, in general, and Afghans, in particular, place on guests meant that we tended to be protected. Except for the Communist era (1978-1992), when there was a Cold War hostility to Westerners, foreign journalists, and aid workers have managed to work alongside pretty much every faction in the civil war, including Islamist and religiously conservative groups. Until recently, Westerners had rarely, if ever, been targets in Afghanistan.

The Taliban in government were xenophobic, but still treated foreign journalists with polite formality. When I tackled subjects which the regime wanted to keep quiet — civilian massacres, evidence of al-Qa‘ida camps — officials became bullying, but still in a strangely polite way. They put pressure on me by threatening my Afghan staff and contacts. The only genuine menace I encountered directly came from foreign fighters, who would issue vicious but empty threats. Westerners, like al-Qa‘ida radicals, were classed by the Taliban government as guests and were not to be harmed.

The transformation in how Afghans view Westerners developed gradually, as Afghan patience and optimism has been worn away. Since about 2003/4, we have become targets of the Taliban insurgency. Anger and suspicion towards the West has become widespread, extending well beyond Taliban strongholds to Afghans who both oppose the Taliban and hate the foreigners. Afghans ask why the United States and other Western countries have backed a government whose corruption is the main cause of opposition, why it allows commanders and security officials to abuse citizens with impunity, why there is so little to show for the billions of dollars of aid money that have been spent, and why the foreign armies keep killing civilians.

The Taliban now wholeheartedly use international jihadist discourse, employing imagery completely alien to Afghan history: They are fighting a jihad against “Crusaders” and “the Jewish and Christian armies and their Afghan slaves” who want to “eliminate Islam.” Afghans, both pro- or anti-Taliban, now find conspiracy theories a useful way to try to make sense of the situation, believing the Americans are deliberately causing unrest in Afghanistan or that London is running the Taliban.

For a journalist, the consequences of this rift are deeply troubling. How can you report on a conflict which you can only safely witness from one side? Western policymakers should be even more worried and for Afghans, of course, it has been a disaster. Opportunities to end chronic conflicts like the Afghan civil war are rare: the American/Karzai project now looks set to fail, just as the mujahadin and the Taliban failed to bring peace in 1992 and 1996. When the foreign troops and aid workers eventually go home, it seems likely that they will leave behind a nation disillusioned and, in parts, radicalized, where Westerners are no longer viewed as guests or friends. At best, we have come to be seen as weak and incompetent, at worst, as enemies and invaders.