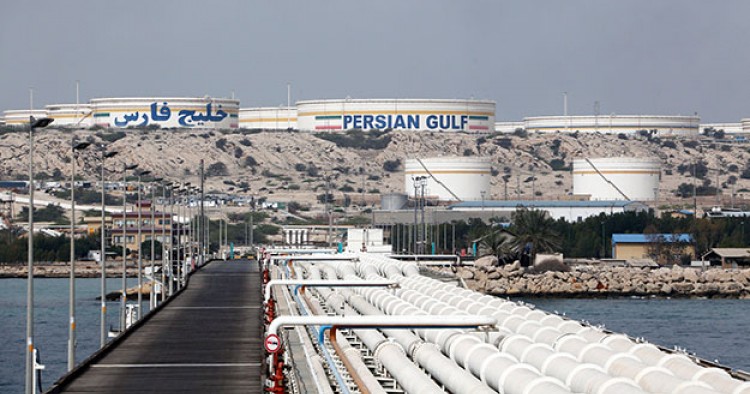 Opinions about the consequences of the U.S. pulling out of the Iran nuclear deal began flying around as soon as President Donald Trump announced the exit.

Many of the key points that pundits have made about Washington turning its back on the Joint Comprehensive Plan of Action have dealt with oil. That’s because the U.S. is likely to sanction Iranian oil exports again, as it did during the Obama administration.

Here are several short-term and long-term consequences of the U.S. about-face on the Iran deal:

The price of crude did surge to $80 a barrel last week, but experts have suggested a number of factors at play, not just the U.S. pulling out of the Iran deal.

Last month, Iran finally reached the pre-sanction oil export levels that it was enjoying in 2012. One reason was the release of crude sitting in tankers it was using as floating storage containers. Another was that it had increased some of its refining capacity.

Iranian officials are already asking Europe and China to maintain their support for the nuclear deal and reject any Trump administration call for broad new oil sanctions.

South Korea has already signaled that new sanctions may cause it short-term pain. It asked Washington for a waiver of any sanctions the U.S. imposes on Iranian oil imports, while its refineries seek alternative crude sources.

Iran faces a Herculean task in maintaining its long-term oil production in the face of a renewal of U.S. sanctions. That’s because any countries that defy Washington’s sanctions may face retaliation from the world’s largest economy.

After the U.S. pullout announcement, Washington’s most important European allies—Britain, Germany and France—pledged to continue observing the Iran deal. But it is unclear what they will do if the U.S. reinstates stringent sanctions against Iran and threatens penalties against countries that fail to observe them.

The sanctions relief that Iran obtained under the nuclear deal has benefitted it economically by allowing it to obtain oil export revenue. But the country has failed to attract much foreign investment to develop its vast oil and gas reserves.

And the U.S. pullout threatens to jeopardize the one major contract it signed. That contract with China National Petroleum Corporation and France’s Total involves developing the giant South Pars gas field.

Total, the only European company that signed an exploration and development agreement with Iran after the nuclear deal went into effect, says it will pull out of the project unless it "is granted a specific project waiver by U.S. authorities with the support of the French and European authorities.”

The German insurance giant Allianz and the Danish oil tanker company Maersk also indicated they will wind down their Iranian operations.

Before the U.S. pullout announcement, Iran had been hoping for a major modernization of its refineries so it could export more crude. Last year, South Korea’s Export Import Bank agreed to provide Iran with $15 billion in refinery project financing. Most of the money would cover work of Korean companies Daelim, Daewoo and Hyundai Engineering and Construction.

Given the long lead times to develop gas fields, Iran will find it harder to compete with other exporters unless it obtains investments to ramp up its production now. Also, at a time when fossil fuel companies are improving their refining capabilities to maximize their profits, if Iran is unable to find refinery investment, it will lag behind.

The sanctions that Iran faced during the Obama administration were crippling. But it could be different this time. The impact of new U.S. sanctions will depend on how sweeping they are and how determined Washington is to impose them in the face of resistance from a number of allies.