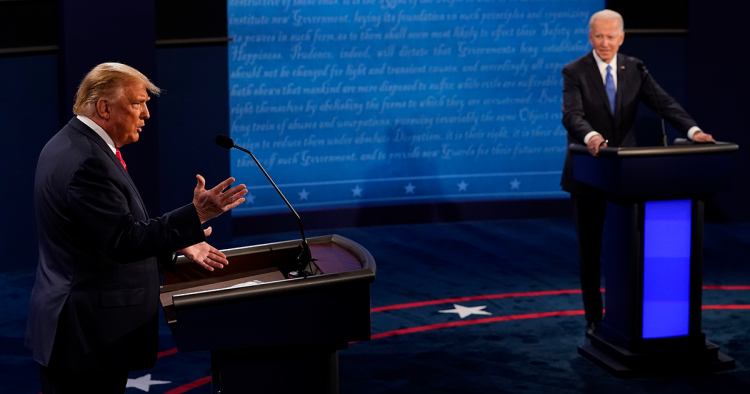 At a rally in Florida, Donald Trump stated that Iran will be the first country to call him after his reelection because the Iranians are “dying for a deal.” National Security Advisor Robert O'Brien added that “it is very difficult for Iran to refuse to negotiate” because “Iran cannot sustain economic pain much longer and… we don’t think they can hang in there for another four years.”

There is no doubt that the Trump administration’s “maximum pressure” campaign has had serious negative impacts on Iran’s economy and that the country is experiencing a crisis. But, in view of precedent, the sanctions and economic pressure will not be the main drivers of Tehran’s decision-making if it decides to compromise with the United States. To imagine that a deal is in the offing due to Iran’s dire economic straits seems simplistic.

Iran has a political system in which strategic decisions are made through a multilayered process involving the consensus of different political camps. Complexity is the most salient feature of this process. One cannot simply analyze Iran’s economic situation to predict its policy because economic factors inform, but do not determine, the decisions of Iranian policymakers. There are several influential entities in Iran, each with its own specific objectives, that compete to define the national interest and security priorities. Although the Supreme Leader always has the final word, he is not the sole policymaker.

With these facts in mind, the two questions we must ask at this moment are: How will Iran assess its current conditions and what factors will shape its policy under a Republican or a Democratic administration?

Through normalization agreements with the UAE and Bahrain, Israel is establishing its presence at the southern borders of Iran. To Tehran’s chagrin, the Arab-Israeli normalization process is expected to continue, as other Arab nations, including some hold-out Gulf monarchies, are likely to join the trend. Since there is bipartisan consensus in the U.S. surrounding the Trump administration’s initiative, it seems that Israel’s diplomatic efforts will enjoy continued support, regardless of who wins the White House.

The leaders in Tehran are observing events in bordering countries very carefully and view Tel Aviv’s demarches as a very serious matter, if not one of the greatest threats to national security. As an influential ex-commander of IRGC, Hossein Alaei, pointed out, “Israel is going to utilize all the geography of these countries for espionage and [to make] threats against Iran… and we should be careful about operations of Israel’s special units against ships and shipping lines.” Hence, Israel believes that its partnerships with Iran’s close neighbors will discourage the Islamic Republic from becoming more involved in Syria and Lebanon.

Tehran sees normalization between its Arab neighbors and Israel as an irreversible reality that no thaw in Iran's regional rivalries can undo. Thus, to push back against Israel, Iran will rely on its national  power resources and regional alliances. At the same time, the Islamic Republic will count on Russian and Chinese influence in the region. Factors like a recently announced bipartisan effort in Congress to provide Israel with bunker busters reinforce Iran’s turn towards America’s competitors.

One emerging threat to Iran’s ability to conduct asymmetric warfare and deterrence is Saudi Arabia’s opaque nuclear activities and missile production program. The Supreme Leader, Ayatollah Ali Khamenei, stated in his speech at the beginning of the last Persian new year, “It’s alright if they build such things, I personally will not be unhappy because I know that in a not-too-distant future, it will all fall into the hands of Islamic mujahids.”

Although the Director General of the International Atomic Energy Agency (IAEA), Rafael Grossi, recently described the Saudis' nuclear program as “very limited and not worrying,” no detailed report has been published about the country’s nuclear activities nor has the IAEA investigated nuclear technology and equipment transfers by the U.S. to Saudi Arabia.

Within the U.S., a bipartisan group of senators expressed concerns about the Saudi nuclear program and called for a “strong U.S. response…to ensure that Saudi Arabia’s nuclear program remains peaceful.”

The development of secretive arms programs by a country that will soon be led by a monarch who is inexperienced, ambitious, and hostile to Iran, will impact all of Tehran’s future perspectives and threat assessments, including in regard to the West. The Kingdom’s crown prince and defense minister, Mohammed bin Salman, has explicitly stated that Saudi Arabia would develop nuclear weapons if Iran were to do so first.

The 25-year deal with China

The 25-year deal that is currently being negotiated with China is of critical strategic importance for Iran. Ali Larijani, a high-profile politician and advisor to Ayatollah Khamenei, was recently charged with finalizing the deal. The decision to transfer responsibility for this mission from foreign minister Javad Zarif to Larjani reveals a well-designed plan by Tehran. Larijani is known to be a close confidant to Khamenei, so his appointment signaled to China that Iran is determined to establish a strong partnership. At the same time, Iran wants to wait until after the U.S. presidential election to decide how to proceed with the deal.

If President Trump is reelected, Iran is expected to accelerate negotiations and sign as soon as possible in order to compensate for the effects of U.S. sanctions and neutralize further pressure. In the case of a Biden presidency, Iran may postpone the deal so that it can be leveraged in potential negotiations with his administration.

A deal with China would make Iran more sustainable economically and reinvigorate its resistance against Washington’s sanctions. In the face of U.S. secondary sanctions, Chinese companies and investors have shown an unwillingness to comply completely as they continue their dealings in Iran.

The current government in Iran has lost its credibility in the eyes of both major political factions of the country. Reformists (often referred to as moderates) are encouraging president Rouhani to resign and Principlists (often referred to as hardliners) are calling for his impeachment or even execution. The Supreme Leader lashed out against Rouhani for his recent comments in which he invoked Imam Hassan’s (624-670 C.E.) peace with his enemies to suggest that compromise with the U.S. is necessary. In response to Rouhani's emphasis on the rationality  of Imam Hassan’s and the Prophet Muhammad’s (570-632 C.E.) policies in matters of war and peace, Ayatollah Ali Khamenei stated that “cowards do not have the right to speak of rationality.”

Many fixtures of the political system (Nezam) in Iran believe that Rouhani put national security at stake with the flawed JCPOA (also called “The Iran Nuclear Deal”) and that his administration lacks the full trust of the system needed to lead the next possible phase of negotiations with the U.S. Such critics argue that a new Iranian president must be elected in the 2021 presidential elections, someone who is an unswerving believer in the Nezam and its values, as well as a guardian of national power. Individuals like Brigadier General Hossein Dehghan, advisor to the Supreme Leader and the former defense minister of Iran, apparently meet their criteria.

Trump’s administration has persisted in its maximum pressure campaign, hoping that Iran will be forced back to the negotiating table by its economic weakness and widespread social discontent. However, there is no reason to believe that Tehran, having already endured maximum pressure for more than two years, has reached its breaking point.

If President Trump is reelected, Iran will strengthen its bilateral relations with powers like China and Russia. Beyond signing the 25-year deal with China, Iran will initiate negotiations to purchase arms from Russia. Under Trump’s second term, Russia would play a greater role in Tehran’s balancing strategy against Israel’s presence in Persian Gulf. If the Islamic Republic concludes that it has no choice but to negotiate with Trump’s administration, negotiations probably will not happen until a new government is elected in Iran.

If Biden is elected and seeks to fulfill his promise to rejoin the JCPOA, Rouhani may be authorized to spearhead this process, but with impending presidential elections in Iran, he will not be allowed to engage in serious talks on other subjects or in any kind of comprehensive negotiations.

It is still unclear how leaders in Tehran, without comprehensive engagement with the United States, are going to address critical regional developments and issues, such as Saudi Arabia’s nuclear and missile ambitions or Israel’s increasingly assertive policy. It is clear, however, that Tehran’s approach will be determined by the outcome of the U.S. elections.

Fardin Eftekhari is a PhD candidate in the Faculty of Law and Political Science at the University of Tehran, Iran. His research focus is on Iranian national security and foreign policymaking. The views expressed in this piece are his own.