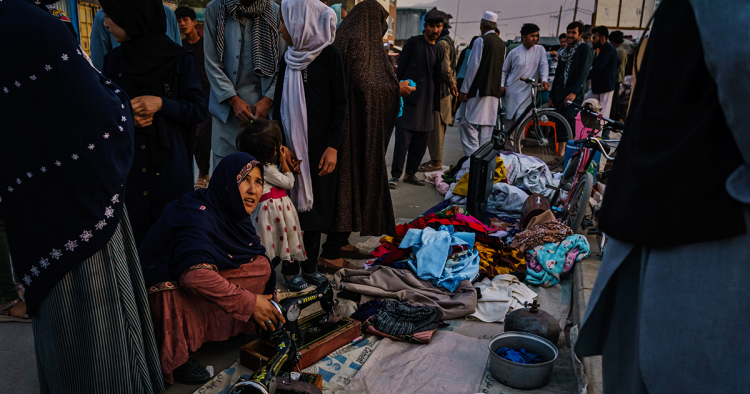 The concept of human security encompasses people-centric policies to protect individuals from insecurity that could pose threats to their survival and dignity. Traditional security systems support that protection and state institutions are responsible for enabling conditions for growth and development in a society. Building human agency and capital requires institutions to develop and implement people-centric policies, which are supported by governments that promote diversity, inclusion, and freedom. These characteristics are not just ideals, they are what inspire people to contribute to building socio-economic conditions that protect human security.

The nature of human insecurities in Afghanistan requires this contextual definition of human security to be clearly articulated. Generalizing the concept may prevent us from providing approaches to implementing human security based on the realities of that particular context. According to the data I have collected from across Afghanistan in 2018, human security in the country is defined as protection of life and property, absence of fear and threat, economic opportunities, and freedom and dignity.[1]

This article discusses the emerging characteristics of Taliban governance, the current state of human security in Afghanistan, and how these new conditions affect the protection of human security. It argues that, under the authoritarian Taliban system in Afghanistan — which lacks ethnic, ideological, and gender representation — people lose their sense of participation because they do not see themselves represented in the ruling structure. It will also discuss why authoritarian systems that lack accountability and transparency cannot build institutions responsible for the core task of protecting human security in Afghanistan. Such systems will impede people from achieving two fundamental pillars of human security: freedom from fear and freedom from want. These cumulative losses cause people to either resist the system — potentially becoming part of a suppressed, organized movement — or isolate themselves from the public and political spheres.

Human insecurity after the Taliban takeover

With the collapse of the republic system installed in Afghanistan following the 2001 Bonn Agreement and subsequent Taliban takeover this past August, the country now faces a humanitarian, identity, and human rights crisis. Protracted conflict and continued instability, combined with the recent political upheaval and humanitarian and economic crises, have caused fear and frustration among a large segment of the population. A perceived — or in this case real — loss of power and freedom impedes people from utilizing humanitarian and development programs to effectively build their human capital and agency, resulting in a loss of security. The harsh restrictions imposed by the Taliban since the group took over Kabul have already caused fear, grievance, and a loss of motivation among the educated class, youth, and women.

Additionally, the break of connectivity with domestic and international markets, along with the cessation of foreign aid and investment into the country, have damaged productive activity. More than 120,000 people have been evacuated from Afghanistan, including qualified professionals in the social, economic, and political sectors. This brain drain will affect organizational development and the Taliban’s ability to rule. People are in dire need of basic humanitarian services. According to the World Food Programme, 14 million Afghans are suffering from severe hunger. The U.N. High Commissioner for Refugees reports that 500,000 people have been displaced in Afghanistan, and health and food security are the foremost concern. According to UNICEF, 10 million children across the country require humanitarian assistance to survive. Even before the Taliban takeover in May 2021, 11 million people were experiencing acute food insecurity, and food shortages have only gotten worse in the months since.

The inefficiency of centralized institutions to utilize humanitarian and development funding to develop and enrich human capital, and extend resources and knowledge beyond the provincial capitals, has — along with other factors — resulted in a full-blown human security crisis in Afghanistan.

Governance under the Taliban

The highly centralized government institutions and widespread corruption of the last 20 years have impeded the proportionate distribution of services throughout Afghanistan. In a country where 75% of the population live in rural areas, state-centric development funding has failed to reach those populations in dire need of services. Rural communities have often been neglected in socio-political development programs, further undermining the legitimacy of the central government. This has resulted in minimal improvements or change in areas where poverty and radicalization have negatively impacted the socio-economic status of people’s lives and maintained ripe conditions for an insurgency.

In the Taliban’s caretaker government, which is highly totalitarian and includes their hardcore and old guard filling top posts, the vast majority of them Pashtun, there are no available positions for other ethnic groups, women, and minorities. This has highlighted the Taliban’s neglect of the civil and political rights of the population and demonstrated their refusal to compromise. In addition, Taliban restrictions on women — which include political restrictions regarding women in government and leadership positions, NGOs, and the education sector, and social restrictions on women’s mobility — will severely impact citizens’ motivation to work and contribute effectively to country-building. Harsh rules placed on youth, public executions, discriminatory behavior against minorities, and the lack of representation in government have discouraged people from participating and reengaging in societal affairs.

When an individual does not see him or herself represented in the political system, it can cause an identity crisis. In principle, the identity of women, who make up 50% of the population, and minorities are at stake. The lack of effective participation of such a large percentage of the population in building the economy and developing the political arena poses an enormous threat to communal and economic security, including individual economic, political, and civil participation. The harsh rules and social restrictions limiting individuals’ freedom and rights can also restrict their growth and development.

The question is, does the Taliban’s governance — the basis of their actions and policies — promote or impede human security? Under the current circumstances — with the strict and authoritarian government in place, and people’s basic social and political rights at stake — Taliban governance appears to be enabling conditions of fear and threat. Freedom and dignity are the basis of people’s motivation to stay in their country and work toward economic growth and development. When the state is unable to protect citizens from fear of threats related to their lives, identity, dignity, and freedom, the consequence will be either mass resistance or mass migration. Widespread unorganized resistance caused by the people’s grievances could morph into violent actions or inspire them to fight for power, leading to intra-state conflict or large-scale refugee movements, posing serious threats to human, and societal security.

The Taliban’s highly authoritarian government institutions are based on traditional and tribal political culture. This preponderance of religious control and authority can generate an understanding and set of beliefs among individuals in society that prohibit them from acting and producing creatively, and can cause the disempowerment of people. The government institutions in Afghanistan are neither helping individuals in society develop and protect their human security, nor providing them with a framework to build their capacities to generate the power to control their environment.

What the international community should do

Recognizing the Taliban would be a grave mistake at this time. So far, the group has not demonstrated any changes in its mode of governance. Women continue to be marginalized and there is a lack of tolerance for other ethnic groups and minorities. The Taliban’s harsh rules, such as social restrictions and public executions, and its rapid moves to ban women from pursuing education, work, and roles in politics are especially concerning. Furthermore, links to terrorist groups such as al-Qaeda show no sign of being cut.

To address human insecurity in Afghanistan, the international community should develop a policy of engagement with human security-led goals, acknowledging the context and culture in Afghanistan. Policies and approaches related to assistance should be people-focused, not state-focused. Humanitarian assistance needs to address food and health insecurity, and utilize humanitarian NGOs with outreach to rural areas. These programs should provide basic services related to health, food, and shelter for internally displaced populations and those in dire need of assistance.

Development projects should be channeled and implemented through civil society organizations, and provide realistic and achievable benchmarks. The development model should be designed based on the social and economic realities of each province. Programs could require the local communities that receive aid to contribute in time or in kind to the development projects that they need in their communities. Programs could also include a discourse component to provide a safe opportunity for individuals from different sectors to engage in critical reflection and dialogue on socio-economic issues. Potentially involving community centers or educational institutions, this process could help to create a new discourse about social norms and values. Programs should also include regular and close monitoring of the process and implementation. Such programs could motivate individuals to be creative and establish an environment that can sustain these initiatives. More broadly, these policies could help build communities and develop human capital through which people will regain their confidence and sense of dignity. Undergirding it all, development assistance programs should provide safety and security to people, build civil society organizations and networks, support these initiatives and organizations, and prevent them from closing.

For a well-coordinated humanitarian and development assistance approach to be successful, the international community should convene a donors’ platform to galvanize the world to help Afghanistan’s civil society and humanitarian organizations develop a consistent plan with pragmatic benchmarks and long-term continued support to address this human security crisis.

Nilofar Sakhi is the director of policy and diplomacy at McColm & Company, and a nonresident senior fellow at the Atlantic Council’s South Asia Center. She is also a professorial lecturer at George Washington University’s Elliott School of International Affairs. The views expressed in this piece are her own.