Improved Egypt-Israel Relations through Sinai Crisis: Will They Last? 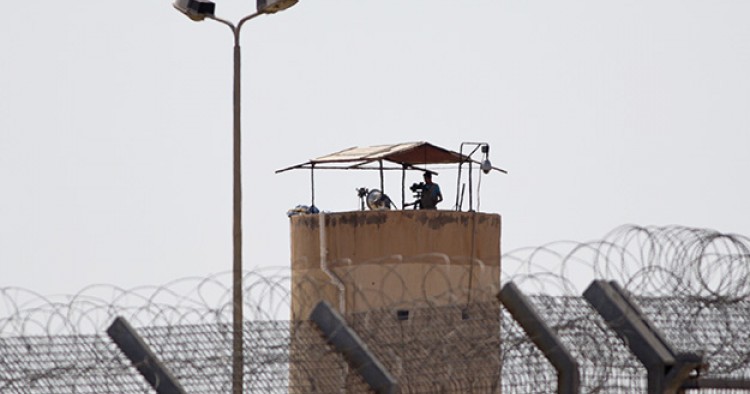 Egyptian diplomats rarely have a good word to say about U.S. policies these days. In contrast, they are enthusiastic in their praise of the close relations between Cairo and Jerusalem—centered on counterterror security and intelligence cooperation in Sinai—and effusive in their acknowledgement of Israel’s response to the bloody insurgency there, led by Egypt's ISIS affiliate in the “Sinai Province,” Ansar Beit al-Maqdis.

“Relations with Israel are great,” observed an Egyptian official recently.[1]

The feeling is mutual. Israel describes the transformation in its relations with Abdel Fattah el-Sisi's Egypt as nothing less than a "miracle," according to Amos Gilad, a top Defense Ministry official who has long managed Israel's security relations with Cairo.[2]

Nevertheless, the clock is ticking. Israel is watching with growing concern Egypt's inability to stem the violent transformation of the Sinai Peninsula, where an expanding, dirty war is now underway.

The shortcomings of the Egyptian response to the growing conflict and the concurrent increase in the sophistication and objectives of Sinai militants may confront Israel with an unpalatable choice: stand on the sidelines and watch the costs of the insurgency and its proximity to Israel grow, or become an active player in the fight against Ansar Beit al-Maqdis—and embarrass and perhaps undermine the government in Cairo as a result.

Sinai has always loomed large in the calculations of both Egypt and Israel. Egypt’s agreement to the effective demilitarization of the peninsula enabled the historic 1979 peace treaty, signed with great fanfare by Israel's Prime Minister Menachem Begin and Egyptian President Anwar Sadat, with a beaming U.S. President Jimmy Carter presiding. Restrictions on Egyptian military deployments across the Suez Canal—including the complete exclusion of combat aircraft and tanks—are enshrined in the agreement.

The Multinational Force of Observers (MFO) was created under U.S. leadership to monitor each country's fulfillment of the agreed-upon military restrictions in and around Sinai. This system worked flawlessly for decades. Infractions by either side were rare, certified by the more than 1,500-person contingent of the MFO. Nothing lasts forever, however. A decade ago, both sides agreed to modify the treaty's security architecture—that is, to violate the terms of the treaty—in order to address Israel's "disengagement" from the Gaza Strip in 2005, a unilateral move strenuously opposed by the Hosni Mubarak government. The "Agreed Arrangements Regarding the Deployment of a Designated Force of Border Guards along the Border in the Rafah Area" were signed on September 1, 2005. Under the accord, Egypt was for the first time authorized to deploy 750 "border guards"—a battalion of rebranded army troops—along the 13-kilometer Philadephi border separating Gaza from Sinai.

Egypt ultimately confronted security problems over and above those emanating from Gaza. The collapse of the Egyptian Interior Ministry police forces throughout Sinai in the early days of the campaign to oust Hosni Mubarak in 2011 unleashed a rebellion in the peninsula that has forced both Egypt and Israel to agree to effectively scrap Egypt's demilitarization of Sinai.

By 2014, The Times of Israel quoted an Israeli official's observation that “in practice, the military annex [of the treaty] is nonexistent.” The official explained that

it took one phone call from Cairo to Jerusalem to authorize whatever Egypt wants in Sinai, counter to the military annex. Israel understands the challenge facing Egypt. We face the same challenge. We aren’t worried that Egypt may attack Israel, nor are they worried that Israel will attack them…it is clear to the [Egyptian] leadership that not only is Israel not an enemy, it’s an ally.[3]

On its side of the border, Israel has undertaken a number of measures, from constructing a proper border fence to the deployment of regular army forces. Such measures probably also include an effort to revitalize its human intelligence resources across the border. Israel is doing something similar across the Golan frontier, where like in Sinai the post-1973 security architecture is crumbling.

In considering greater intervention in Sinai, Israel must weigh the benefits of such actions against any sign of lagging Israeli confidence in Sisi's counterinsurgency/counterterror program. It is in this regard that Israeli actions, viewed from Jerusalem as defensive, might also be understood as signaling Israel's impatience or perhaps even disenchantment with Sisi’s leadership on this issue.

On June 9, the Sinai Province of the Islamic State claimed responsibility for a rocket attack targeting El Gorah airport in north Sinai at al-Jura, operated by the MFO. According to a report by the Institute for the Study of War, sources affiliated with the Sinai Province described the airport as used by “Crusader forces to maintain the security of Jews.”[4]

A far more extensive and bloody battle was waged on July 1, the anniversary of the fall of Mosul to the Islamic State. At least 70 people were killed in coordinated attacks by armed militants on five checkpoints in Sheikh Zuwayed, 15 kilometers from the border with Israel. The timing of the attack is one of many indications of the effort by ISIS’s affiliate in Sinai to link the campaign there with its broader effort to rewrite the map of the entire region. For the first time in Sinai, the battles featured well-coordinated ISIS assaults in order to not simply inflict casualties on Egyptian forces but also to challenge Cairo’s ability to hold contested territory close to the Israeli frontier.[5]

Israel continues to assist the Egyptian campaign, approving yet another increase in Egyptian deployments, most recently after the attacks beginning on July 1. Egyptian F-15s and Apache helicopters now operate within sight of the Israeli border.

While security ties, managed by Israel's Ministry of Defense and Egypt's defense and intelligence officials, remain the keystone of relations, diplomatic ties are also on the rebound. Though Israel's embassy in Cairo has been shuttered since an attack four years ago, the appointment of Hazem Khairat as Egypt's new ambassador to Israel, filling a void that lasted three years, was recently announced.[6] “Both the Israelis and the Egyptians want us to establish an embassy in order to reflect the true nature of relations,” reported Israel's Times, quoting an Israeli official.[7]

Israel counts on Egypt to preserve both Egypt’s as well as its security in Sinai. In this regard, United Nations Special Envoy on the Middle East Nickolay Mladenov warned the Security Council on July 23 of "the potential for violence in the Sinai to expand beyond its borders.”[8] The Sisi regime's failure to crush the rebellion undermines not only Egypt's increasingly fragile domestic environment but also threatens good relations that currently exist between Israel and Egypt.

[5] “The heroes of the Armed Forces were in a new epic journey to foil a strong terrorist plot aimed at attacking military sites and checkpoints in Sheikh Zuwayed and Rafah in order to cause a state of chaos and security vacuum, as well as spread illusions that Sheikh Zuwayed was under the control of jihadist groups,” declared a video produced by the Egyptian military. “Province of Sinai Describes North Sinai Attacks in Statement, Photos,” Mada Masr, July 3, 2015, http://www.madamasr.com/news/province-sinai-describes-north-sinai-attacks-statement-photos.