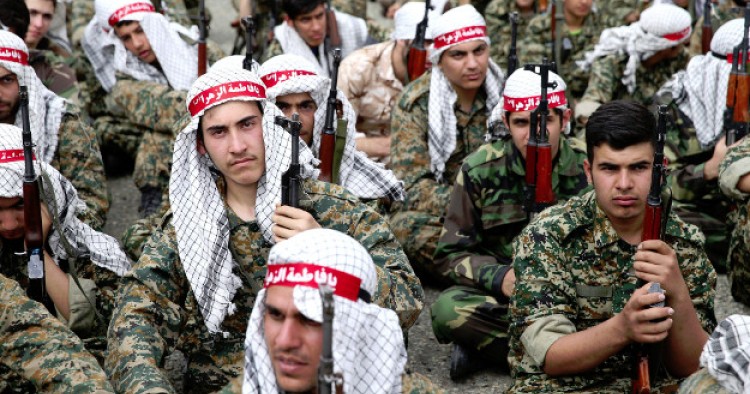 Hossein Moez-Gholami, an active member of Iran’s Basij Force, was killed in the Syrian governorate of Hama on March 24, the Iranian media reports. Hundreds of mourners, including civilian and military officials, attended his burial ceremony in Tehran on Tuesday. According to Iran’s AhlulBayt News Agency (ABNA), he was “martyred” while fighting Takfiris – a term used by Iranian leaders for Sunni militants in Syria and Iraq. The news outlet adds that the Hama region has recently witnessed intense fighting between Iran-led “resistance forces” and “Takfiri” militants. It was the fourth deployment of the 28-year-old Basiji member to Syria. The Basij Press reports that Moez-gholami was the 49th resident of the Pakdasht city in Tehran Province killed in the Syrian conflict.

Comment: Moez-Gholami’s killing is the latest indication of the Basij Organization’s increasing role in the Syrian conflict. The volunteer paramilitary force, now an integral part of the Islamic Revolution Guards Corps (I.R.G.C.), has been running an extensive recruitment drive inside Iran (and reportedly in Afghanistan as well) for Shiite “volunteers” to fight in Syria. Moreover, it has played a direct role by sending its own members to support the regime of Bashar al-Assad.

On December 7, Iran’s Supreme Leader Ali Khamenei appointed Brigadier General Gholamhossein Ghaib-Parvar as the new commander of the Basij Force -  replacing Brigadier General Mohammad Reza Naqdi. The new appointment perhaps had two reasons: First, Khamenei had expressed concern about “enemies” using soft power tools to change Iranians’ beliefs, ideals, political views and lifestyle. He tasked the new Basij chief to “create and organize” institutions within the Basij to counter “enemy infiltration.” Since then, the Basij has stepped up its crackdown on political and social activists in Iran. Second, Ghaib-Parvar’s appointment, which Khamenei made upon a request by I.R.G.C.’s Commander Mohammad Ali Jafari, was probably also part of the I.R.G.C.’s effort to increase the deployment of “volunteer” militia forces to fight in Syria. On December 6, Daud Gudrazi, the head of the Student Basij Organization, said 50 Iranian student volunteers had been killed in the Syrian conflict since November. And on November 24, Major General Mohammad Hossein Bagheri, the Iranian chief of staff of the armed forces, said Basij could dispatch hundreds of thousands of fighters to Syria if supreme leader permitted.

It is also worth noting that Gharib-Parvar over the past year was the commander of the Imam Hossein Base, an I.R.G.C. unit that has played a prominent role in the Syrian war. The former head of Imam Hossein Base, Hossein Hamadani, was killed near Aleppo in October 2015. Last year, I.R.G.C.’s elite Quds Force commander, Qassem Suleimani, said Basij forces had been instrumental in exporting Iranian revolution across the region. “Islamic movements such as Hezbollah of Lebanon and Palestinian Hamas received inspiration and spiritual aid from Basij. This is why Iran’s flag would fly in those countries,” he claimed.