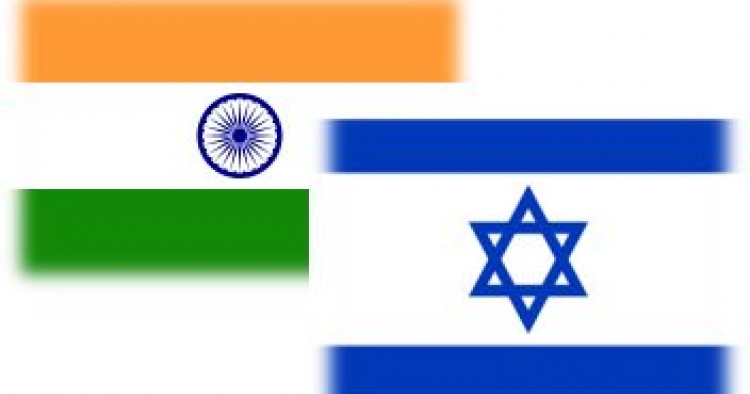 Shortly after its establishment in 1948, Israel began to develop robust and multidimensional relations with Asian countries. This effort, which began with small countries such as Cambodia and Nepal, expanded to include India, which became Israel’s major trading and security partner. This essay discusses the reasons that India, which had distanced itself from Israel for four decades, decided to pursue security cooperation, and assesses the prospects for its further development.

Indo-Israeli strategic cooperation is the byproduct of a pragmatic Indian foreign policy coupled with the persistence of Indo-Pakistani tension, the eclipse of India’s Congress Party, and the dominance of the Hindu Bharatiya Janata Party (BJP). The political, strategic, and economic constraints were such that the Indian government had to abandon its traditional policy, which had promoted cordial relations with the Arab states and the Palestinians, while keeping Israel at arm’s length.[1] The ever expanding Indian population and the growth of a robust middle class have led Delhi to gradually abandon its socialist principles, privatize industry, and encourage foreign investments. This explains India’s outreach to countries with resources and technical expertise. The external constraints that led India to seek closer cooperation with Israel were similarly compelling: competition with China, the Pakistani threat, and the fear of Islamic extremism led India to bolster its position in Asia by expanding its military arsenal and increasing its technical know-how.

The Indo-Israeli rapprochement is not the outcome of a deterioration of India’s relations with the Arab states. In fact, the Indian government has repeatedly expressed sympathy toward the Palestinian cause and disapproval of Israel’s restrictive measures in the occupied West Bank and Gaza. However, the criticism of yesteryear has lost much of its acerbity. Delhi’s response to Operation Protective Edge in July-August 2014, which resulted in the death of nearly 2,200 Palestinians and caused widespread destruction in Gaza, was restrained.[2] Apart from a few Islamists in Mumbai who threatened to wage jihad against Israel, the Indian public did not favor punitive measures against Israel.[3] On the contrary, there were pro-Israeli rallies throughout the country.[4]

Although for many years India tended to side with the Afro-Asian bloc, there have long been elements of pragmatism in the conduct of its foreign policy. India’s security predicament―marked by the threats of Chinese aggression and Pakistani hostility―led Delhi to turn to countries capable of providing sophisticated arms, including Israel. An Indian military delegation arrived in Israel as early as 1962, in the wake of the Indo-Chinese conflict over Tibet, with a view to acquiring weapons.[5] Three years later, in the face of renewed conflict with Pakistan, the Indian government again did not hesitate to purchase ammunition from Israel, while continuing to adhere to its official policy of nonalignment. In the aftermath of the June War (1967), India joined the Afro-Asian bloc in demanding Israel’s immediate withdrawal from all Arab territories, but it continued to purchase weapons and ammunition from Israel, without publicizing the transactions.

Witnessing the impact of Israel’s technical assistance on Nepal, Cambodia, and other countries in the region, the Indian government became receptive to Israeli offers to pursue security cooperation. Indian officials were so impressed by the skills of Israeli intelligence personnel that former Prime Minister Indira Gandhi sent her security forces for training in Israel. Even though Gandhi yielded to Saudi pressure to close the Israeli consulate in Bombay during the oil price crisis of 1974-1975, she continued to maintain a discreet connection with Israel.[6] Gradually, the strategic cooperation became less secretive. When, for example, General Moshe Dayan arrived in India in 1979, Morarji Desai’s government did not feel it necessary to deny that he had made the visit. The signing of the 1979 Camp David Accords between Israel and Egypt provided an opportunity for the Indian government to upgrade its ties with Israel without recriminations. Along with its contacts with Israeli officials, India maintained connections with American Jewish organizations with leverage in Washington, obtaining their support for its efforts to block the sale of sophisticated weapons to Pakistan.[7] The cooperation continued throughout the 1980s, when Islamic militant groups intensified their subversive operations in India, compromised its security and thereby forced its government to regard Israel as a valuable ally and an arms provider.

In addition to issues relating to national security, the Indian government was concerned about lagging economic growth. Socialism was gradually abandoned. The march toward free trade and the introduction of privatization measures compelled Indian policy makers to seek friends and allies that could help boost the economy. Gradually, India downplayed its role as a nonaligned champion of the downtrodden peoples of Afro-Asian countries. Nevertheless, Delhi delayed taking the bold step of establishing full diplomatic relations with Israel until 1992, at which point the tension in the Arab-Israeli conflict began to subside and the Middle East peace process began.[8] The development of Indo-Israeli relations gained further momentum in 1999, when Israel supported India in the Kargil War against Pakistan, while Russia and other allies stood aside. Another substantial boost was given to the ties between the two countries in September 2003, when Israeli Prime Minister Ariel Sharon visited India. Recalling Sharon’s contribution to the blossoming of Indo-Israeli relations, Devyani Khobragade, an Indian diplomat who served as Deputy Consul in New York, remarked that “[he] can be credited with the transformation of bilateral relations to the strategic ties of today that encompass cooperation in missile defense and counter terrorism.”[9]

Meanwhile, throughout Manmohan Singh’s tenure as prime minister (2004-2014), Delhi sought to please all sides. During that period, although Delhi remained committed to the Palestinian cause, Israel emerged as one of India’s closest defense partners. Singh’s “tightrope diplomacy”―maintaining a peacekeeping force in Lebanon, negotiating a civil nuclear agreement―was challenging but proved largely successful. Singh, describing the Middle East (West Asia) as having “risen from being only an important area of global concern to perhaps the most crucial region,”[10] embraced a “Look West” policy designed to maximize India’s access to Gulf energy resources and sophisticated Israeli technology.

The positive momentum that the Indo-Israeli strategic relationship acquired over the past decade stems not only from the pragmatism of India’s national political leadership but also from the unique structural features of the Indian political system and the recent trends in electoral politics. India’s federal structure allows individual states considerable freedom of action. This explains why Gujarat―a state whose top priority over the past decade and a half has been to promote its economic and technological growth―took the initiative to seek Israeli assistance.[11] Narendra Modi, then Gujarat’s Chief Minister (2001-2014) and currently India’s Prime Minister, spearheaded these efforts. Under Modi’s leadership, Israeli and Gujarat officials exchanged visits, seeking to boost trade and investment. Their efforts yielded billions of dollars in Israeli investments in Gujarat and a clutch of joint projects in solar and thermal power, infrastructure, water recycling and water desalination, and pharmaceuticals.[12]

On the eve of the May 2014 Indian elections, therefore, a strong foundation for deeper, more extensive strategic cooperation had already been laid, with a strong impetus supplied by key figures within the BJP, most notably Narendra Modi as well as India’s Foreign Minister Sushma Swaraj, who described herself as “fan of Israel.”[13] Officials on both sides have expressed optimism that the three-year negotiation to conclude a free trade agreement are heading into their final phase.[14]

To be sure, Indian public opinion on the further consolidation of the Indo-Israeli  relationship remains divided.[15] Commentators who oppose Indo-Israeli strategic cooperation accuse the BJP of betraying the Arab cause.[16] The opinions of Indian Muslims vary as well. While many criticize the government for what they regard as “collaboration” with Israel, the pragmatists among them point to the fact that India has gained little from its sympathy toward the Arabs and that strategic cooperation with Israel is not likely to adversely affect India’s ties with the Arabs.[17] Similarly, when faced by critics who condemn India’s rapprochement with Israel, officials in Delhi are quick to insist that the relations with the Arabs states or with the Palestinians would not suffer as a result.[18]

Over the past two decades, successive Indian governments have managed to develop increasingly extensive ties with Israel without damaging their relations with Arab countries. The recent domestic political changes in India that culminated in the BJP’s electoral victory and the formation of a government led by Prime Minister Narendra Modi appears to favor the continued, and possibly accelerated development of Indo-Israeli strategic cooperation―even in the face of an ambivalent Indian public reaction to the realpolitik shift in their country’s foreign policy. And given the persistence of the Pakistani threat, Indo-Chinese rivalry, and the growth of an Indian middle class that seeks business opportunities and tends to look to the West, it is likely that Indo-Israeli cooperation will continue to advance, even in the face of intense Arab criticism.

[7] The sale of sophisticated arms to Pakistan was discussed several times in the 1990s, and it was partly due to Jewish pressure that the U.S. Congress blocked the sale of F16 aircraft to Pakistan in June 2003. “Bush, Pakistan’s Musharraf meet,” Southeast Missourian, 25 June 2003, http://semissourian.com/story/112638.

[8]This dramatic change in Indo-Israeli relations occurred when the Congress Party was still in power and Narasimha Rao was the prime minister.

[14] See, for example, “India-Israel FTA Talks Likely to Be Concluded Next Year,” Times of Israel, 14 May 2014, http://www.timesofisrael.com/india-israel-fta-talks-likely-to-be-comple….