India’s search for a new role in Afghanistan 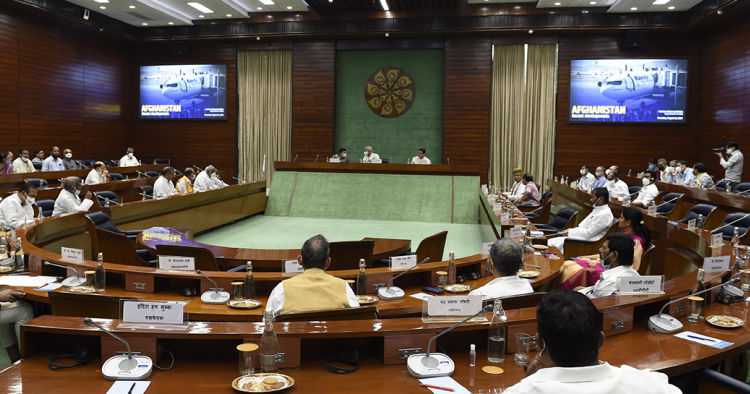 As the humanitarian situation in Afghanistan grows increasingly dire, Pakistan has informed India that it will allow the transportation of wheat and life-saving medicines from India to Afghanistan through its territory, on the condition that only Afghan trucks are used to carry it. The Taliban regime has praised Pakistan for the move, but will it arrest the decline in India’s fortunes in Afghanistan?

At a time when India-Pakistan relations are at their lowest point in years, with diplomatic ties between the two South Asian adversaries downgraded and bilateral trade suspended over India’s unilateral actions in Jammu and Kashmir in August 2019, Pakistan’s decision cannot be seen as a sentimental change of heart or a grand act of statesmanship. In all likelihood, Islamabad has approved New Delhi’s request with marked reluctance — and some caveats.

Prior to the Taliban takeover, India had become Afghanistan’s biggest regional donor over the past two decades, having committed about $3 billion toward humanitarian assistance, infrastructure development, and capacity building of various state institutions. New Delhi also got involved in a trilateral initiative with Iran to revive Afghanistan’s traditional role as the crossroads between South Asia and Central Asia. Both the Afghans and the international community have acknowledged India’s developmental role. But while India was busy with nation-building projects in Afghanistan, Pakistan was providing a safe haven to the Taliban in their fight against the Western-backed Kabul regime.

Over the years, India has helped the Afghan government overcome acute grain shortages, but Ashraf Ghani’s sudden flight from Kabul while the Biden administration was carrying out its military evacuation transformed the entire dynamic. As the Taliban entered Kabul triumphantly, India decided to quit Afghanistan altogether, leaving the field open to Pakistan’s Inter-Services Intelligence (ISI). At present, India has no immediate plans to reopen its Kabul embassy. Therefore New Delhi’s latest Afghan initiative is being consciously packaged in a way to resonate with the moral dimension of India’s previous soft power engagement in Afghanistan as well as the prevailing global mood and desire to help Afghans and prevent the country’s descent into a failed state.

Alarmed by the chaos and upheaval following the Taliban’s takeover, India hosted the third regional security dialogue on Afghanistan on Nov. 10-11. The first two meetings of the dialogue, at the level of national security advisers, were held in Tehran in 2018 and 2019. Though all the countries neighboring Afghanistan were invited, China and Pakistan refused to attend; while Islamabad accused New Delhi of being a “spoiler,” Beijing claimed to have “scheduling issues.”

Pakistan has consistently refused to give India any role in deciding the political future of Afghanistan, and the country’s national security adviser, Moeed Yusuf, made no attempt to hide his anger at India over its hosting of the dialogue. Given its extremely close ties with its “iron brother” Pakistan, China’s non-participation was also no surprise, especially in light of the recent border standoff between India and China.

But given the severity of the situation in Afghanistan, even Pakistan couldn’t afford to be seen as obstructing much-needed assistance from India. Concerned over the negative publicity it might receive for refusing to allow Indian humanitarian aid to flow to Afghanistan via its territory, Pakistan had little option but to approve the shipments. At present, Islamabad only allows the export of goods from Afghanistan to India, but refuses to permit Indian exports from reaching Afghanistan through its border crossing.

New Delhi has maintained that it cannot provide aid to Afghanistan if unnecessary conditions are imposed. Moving 50,000 metric tons of wheat to Afghanistan is not an easy task and would require 5,000 trucks. But if Pakistan sticks to its conditions, the wheat would have to be unloaded from Indian trucks at the India-Pakistan border at Wagah before being reloaded onto Afghan ones.

Despite India’s formal request regarding the dispatch of wheat in early October, Pakistan did not publicly acknowledge the issue until it became impossible to avoid any longer. On the sidelines of Moscow-format discussions in Russia, the Indian delegation asked the Taliban representatives to pressure Pakistan to allow the passage of Indian wheat to Afghanistan through the land border. The Taliban government readily accepted the Indian assistance and agreed to persuade Pakistan. Subsequently, when Afghan Foreign Minister Amir Khan Muttaqi raised the issue during his visit to Islamabad in November, Prime Minister Imran Khan assured him he would take a favorable view.

Since the Taliban took power in August 2021, India has been concerned about the security ramifications of a politically unstable Afghanistan. The last thing the volatile region needs is another round of conflict. As New Delhi was a direct beneficiary of two decades of U.S. military presence in Afghanistan, the American exit has been particularly difficult for India and has sharply curtailed its role and influence in the country. Washington has its hands full with Beijing and Moscow and is not looking for any new military commitments in the region.

In geopolitical terms, India’s interests have become more aligned with those of the U.S. Though American and Indian interests in Afghanistan are often seen as complementary, they are not always compatible. Generally well-intentioned but not well-informed, the Biden administration is still in the dark on framing a rational Pakistan policy.

India organized the November Afghan regional security dialogue at a time when most of Afghanistan’s neighbors are recalibrating their positions on the Taliban regime. The joint declaration by national security officials from India, Russia, Iran, Kazakhstan, Kyrgyzstan, Uzbekistan, Turkmenistan, and Tajikistan talked about the need for a more inclusive government that represents all sections of Afghan society while also emphasizing shared concerns about terrorism, terror financing, and radicalization emanating out of Afghanistan. Immediately after the New Delhi dialogue, Pakistan too held a troika-plus meeting, which included the U.S., Russia, and China, as well as the Taliban-led government. The primary item on the agenda was recognition of the Taliban government by the international community. Pakistan is planning to host another conference of foreign ministers of Islamic countries on the issue of the Afghanistan crisis on Dec. 19.

Afghanistan has deep cultural, religious, economic, and political ties to Pakistan, and in many ways the victorious Taliban have emerged as a key factor in current debates on Pakistan’s national identity. While Pakistan’s security establishment is expected to frustrate India-led initiatives in Afghanistan, the silver lining is that the Taliban regime seems receptive to the idea of New Delhi normalizing ties with Kabul. But since the Pashtun-dominated Taliban have openly declared that Islam will be the organizing framework of Afghanistan’s political structures, it would be naïve to expect a return to the previous era of warm Indo-Afghan relations under the Taliban 2.0.

Ambiguity and flexibility are essential attributes of diplomatic life. Striking a balance between moralism and realism requires constant calibration. Although New Delhi has considered the Afghan Taliban as Pakistan’s proxy, engagement with them has been in the works since the beginning of the Doha peace talks. Thus, restarting Indian aid to Afghanistan signals a pragmatic approach to the Taliban regime, which is yet to develop an independently formed worldview. For now though, it remains to be seen when India will take the next major step and reopen its embassy in Kabul.