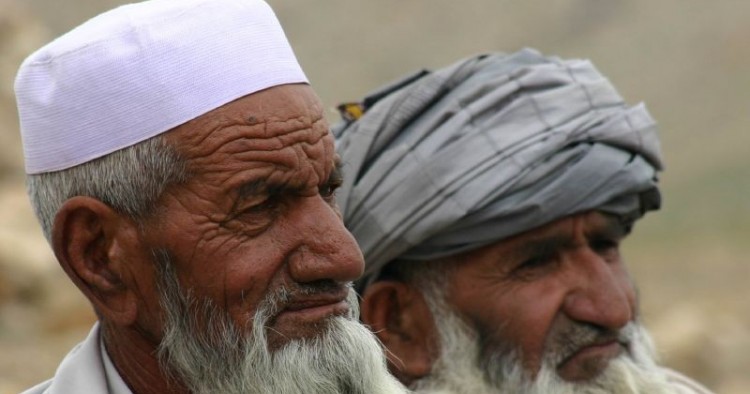 The colonially constructed entity known as Afghanistan involves a number of intellectual contradictions that are contributing to its rapid decline as a sustainable unit of political economy. American and other international neo-colonial actors in and analysts of Afghanistan have inherited and adopted British colonial attitudes and actions toward the country. As a result, the people of Afghanistan have been subjected to colonially formulated understandings of themselves, and have yet to acquire the cultural and intellectual tools necessary to resist and reject the imposition of the Other’s view of self.

The Dominant Colonial Narrative of Afghanistan

The intellectual construction of the Afghan social category and the political formation of Afghanistan are anchored in the policies and practices of British colonialism in India. British Indian colonial officials developed ideas about Afghans and executed policies that summarily formatted Afghanistan. Much to the country’s long-term detriment, the hasty manner of Afghanistan’s construction gave it a legacy of discursive ambiguities and contradictions that remain intellectually unresolved and politically problematic. The fundamental inconsistencies sustaining colonial visions of Afghans and their homeland were only partially camouflaged by ad hoc material subsidies that kept a fiscally crippled and highly dependent state structure on the margins of the global economy.

Colonialism’s multiple forms of attempted domination and the many expressions of resistance to its power have spawned a great deal of literature across many genres among the colonizing and colonized populations. The bulk of Western writings on Afghanistan frame the colonial encounter in military terms. In general, these texts situate acts of military heroism and demonstrations of political incompetence by British authorities during the two Anglo-Afghan wars (1839-1842 and 1878-1880) against a highly generalized and ultimately successful Afghan resistance to colonial intrusions. The organizing frame of reference for this literature is the British geo-strategic policy of thwarting perceived Russian expansionism that is popularly known as the “Great Game.” In these writings, there is little recognition and no sustained attention to the ideas produced in colonial India that undergirded the global imperial mindset and thus animated the British imagination of Afghans and Afghanistan.

Through its cadres of translators and interlocutors, British colonialism grappled with and transformed understandings and usages of the term Afghan that arose during the Mughal period. Roughly a century of colonial discursive intervention ultimately resulted in the territorialization of a new Afghan identity. In other words, the dominant colonial narrative situated Afghans in a discrete political space. However, there are alternative colonial narratives. They captured the historical depth of Afghan migrations to India that resulted in kindred but alienated Pashtun and Rohilla communities throughout Hindustan. These alternative narratives also captured the linguistic asymmetry between written Persian and spoken Pashto that convoluted official renditions of the Afghan idea. British colonial knowledge about Afghans and Afghanistan is compromised by its own internal contradictions. The official knowledge used in support of the politically expedited Afghanistan is regimented, easy to parrot, and can stand on it own terms. Yet, readily accessible alternate forms of colonial knowledge about Afghans convincingly and regularly transgress official understanding and politically limited sensibilities. These alternate forms, for example, emphasize Afghans’ mobility, multiple territorial attachments, multilingualism, and the cultural and historical conflation of Afghans with Pathans, Pashtuns, and Rohillas.

Afghans’ Appropriation of the Colonial Narrative

The domestic intellectual consequences of British colonialism for Afghanistan are profound but largely unexplored. In the 20th century, there are a number of examples of how Afghan officials and intellectuals appropriated British colonial reckonings of their identity and country. Through government publications, including the Salnama annuals, the Kabul and Aryana periodicals, the Anis and Islah newspapers, and school textbooks, the state minds charged with the task of weaving a unified narrative of Afghanistan’s history and cultural complexion transferred three colonial apparitions into a national identity-making project. The first involved views of an Aryan heritage to account for long periods of pre-Islamic glory. The second concerned a version of Islam that highlighted aggression toward and resistance to non-Muslims. And the third was an exclusively Kabul-centered view of country. In practice, for Afghans and Afghanistan, this Kabul-centrism has marginalized the remainder of the country, while the era of pre-Islamic prosperity has not been adequately reconciled with the historical episodes of Islamic conquest and resistance. During the 1900s, the Afghan state trained Afghan minds to perpetuate a colonially forged sense of the Afghan nation and, as such, failed to mine its own history, society and geography for the wealth of readily available information contained in this rich human library that was grievously not integrated into an autonomous and inspirational national narrative.

Today, through the agency of “authoritative” Afghans and international “experts” and “specialists” on Afghanistan, American and other international actors are reifying dominant forms of British Indian colonial knowledge about the country and its people. British colonial knowledge about Afghanistan that constitutes the architecture of Afghan national knowledge has become bureaucratized and regulated in national contexts and in international organizations. Thus, the gaps and inconsistencies characterizing the normative forms of colonial knowledge about Afghanistan have become intellectually standardized and globally institutionalized. The result is that the majority of actors in and observers of Afghanistan are trapped in a colonially constructed intellectual black hole. The most tangible expressions of the local and global knowledge deficits regarding Afghanistan are the intellectual inabilities to effectively reckon with basic geographic realities that give rise to the historic principle of migration throughout this setting. Afghans are subject to the historical necessity and reality of movement that sustains a cultural logic of maintaining multiple territorial associations. This results in Afghans having historically layered, culturally complex, and multi-local senses of self and Other. The historical, cultural, and geographic experiences and imaginings that Afghans share are therefore fundamentally cosmopolitan, not exclusivist.

Towards Decolonizing Knowledge of Afghanistan

For an effective and lasting version of Afghan nationality to take hold, the Afghan state must be freed of incapacitating neo-colonial agendas that will open up the intellectual space necessary to politically embrace these defining characteristics of its social body. New ways of knowing and acting on Afghanistan by Afghans and non-Afghans alike need to be found if the object of national identity is to survive. Recognizing their colonial heritage and predicament are the necessary first steps for Afghans to surmount them and recover their own history and historical destiny.