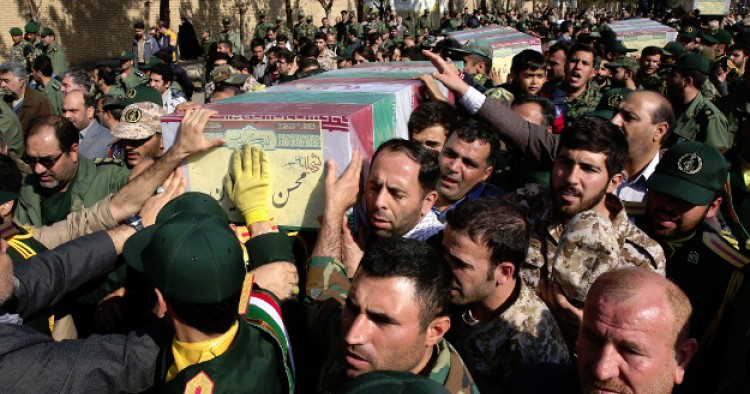 On November 22, a senior Iranian official admitted that more than 1,000 combatants dispatched by Iran to fight alongside President Bashar al-Assad’s forces have been killed in the Syrian war.

“At present, the number of martyrs defending the shrines has now surpassed 1,000 in our country. Of course we are indebted to all of them,” Mohammad Ali Shahidi Mahlati, the head of Iran’s Foundation of Martyrs’ and Veterans’ Affairs, said.

Shahid did not reveal nationalities of those killed in Syria, but “defenders of shrines” is a term Iranian officials often use for Shiite Afghan and Pakistani volunteers involved in Syria’s sectarian conflict. But the 1,000 figure most likely includes casualties from the Islamic Revolution Guards Corps (IRGC) as well.

The Fatemiyoun Division consists of thousands of Afghan Shiites, predominantly those living in Iran. The Zainabyoun Brigade is largely comprised of Pakistani Shiites from Pakistan’s Baluchistan Province and Parachinar tribal area as well as Pakistanis living inside Iran. Both groups operate under the supervision of Qassem Suleimani, the head of the IRGC’s elite Quds Force.

The large number of Iranian casualties, including senior IRGC commanders, discredits Tehran’s claim that IRGC officers play only an advisory role in the Syrian conflict. IRGC’s recruitment of Afghan and Pakistani Shiites has not just added fuel to the sectarian war in the Middle East, but it also threatens to exacerbate Sunni-Shiite divide in South Asia.