Iran and Venezuela to Build $1 Billion Oil Refinery in Syria 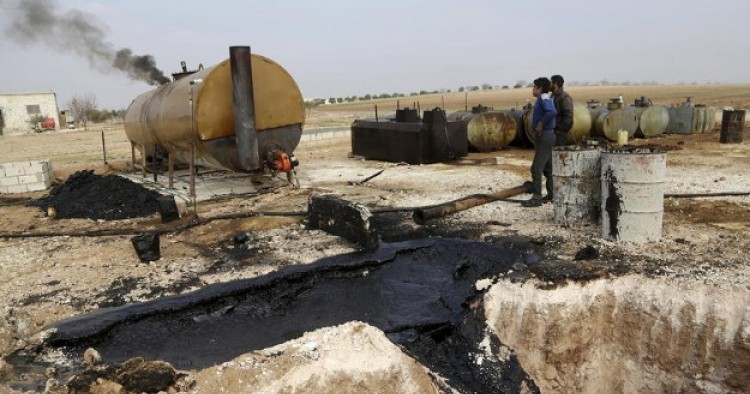 Iran will start constructing an oil refinery in Syria by this year’s end, a senior official of Iran’s Research Center of Petroleum Industry (R.I.P.I.) announced today. “This refinery will be built as relative peace is established in Syria, and it was decided that mostly the capabilities of Iranian companies will be utilized to build this refinery,” Mansour Bazmi, R.I.P.I. Vice-President for Technology and International Relations said at a press conference in Tehran. He added that the project will cost about one billion dollars and a consortium of Iranian, Venezuelan and Syrian companies will execute the project. The consortium is reportedly negotiating with potential investors to finance the project. R.I.P.I. will provide technical knowledge and expertise for the plant. The refinery will be constructed near the city of Homs and will have an initial production capacity of 70,000 barrels per day, and the production will double up to the full capacity of 140,000 barrels per day later. Light and heavy crude from inside Syria will be processed at the plant.

Another Iranian official revealed that Iran will also rebuild two other Syrian refineries after security is established in those regions. He did not provide details.

Comment: Iran’s plan to build the oil refinery is the latest sign that the Islamic Republic is determined to play a prominent role in Syria’s reconstruction and economic recovery. Earlier this month, the Iranian government signed several agreements with Damascus to restore Syria’s power grid and infrastructure. And the main beneficiary of growing Iranian role in Syria’s economy appears to be the Islamic Revolution Guards Corps. The I.R.G.C., which is heavily involved in Iran’s economy and carries out projects outside Iran, has propped up the embattled Assad regime in the past six years and is now seeking financial rewards for its role. Since the seizure of the northern Syrian city of Aleppo in December, the Syrian government has granted I.R.G.C. companies lucrative contracts on a no-bidding basis. When Syrian Prime Minister Imad Khamis visited Tehran in January, for example, the Iranian government signed several agreements with the Syrian delegation. One major contract to build a mobile phone network in Syria was awarded to the I.R.G.C.-affiliated Mobile Telecommunication Company of Iran – delivering Iran’s elite military force an additional source of revenue. As in Lebanon, the I.R.G.C. is complementing its hard power mission with economic projects and other soft power strategies to consolidate its long-term presence and influence in Syria.