Iran Appears Unwilling to Withdraw Its Forces from Southern Syria 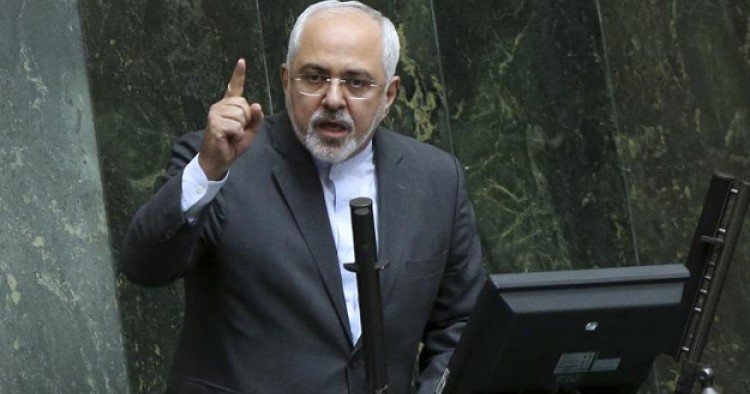 Iran’s Foreign Minister Javad Zarif said today that Iran is not obliged to abide by any agreement between the United States and Russia about southwestern Syria. “America and Russia cannot make a decision for Iran. We are present in Syria based on a request from the Syrian government and will act upon that request. However, Russia has not requested us to do anything (to pull out Iranian and Iran-led forces from southwestern Syria),” the top Iranian diplomat explained. Zarif made the comments in Italy, where he attended the Rome MED-Mediterranean Dialogues, an annual conference co-organized by Italy’s Foreign Ministry and the Italian Institute for International Political Studies.

After speaking at the conference, Zarif also held a private, bilateral meeting with E.U.’s Foreign Policy Chief Federica Mogherini. The two sides stressed the need to fully implement the nuclear deal Iran signed with world powers in July 2015. Zarif reportedly ruled out renegotiating the accord. He urged European countries to fulfill their commitments regarding the accord. “With regard to JCPOA, we will not only emphasize that JCPOA is non-negotiable, but will stress the fact that the support of the European Union, as the Supreme Leader said, is an appropriate move but more practical steps are needed to implement it.” Zarif also defended the country’s controversial missile program. “Are we the only people who have missiles?” he asked.

Comment: The presence of Iranian-led forces in southern Syria has deeply worried Israel. According to media reports, Israeli Prime Minister Benjamin Netanyahu has asked Russian President Vladimir Putin to keep Iranian forces at least 40 kilometers from Syria’s southern borders. Putin reportedly conveyed the message to his Syrian counterpart Bashar al-Assad during their November 21 meeting in Russia. While it is debatable whether Moscow seriously wants to pressure Tehran to pull out its forces from southern Syria, Zarif’s comments show that, even if Russia is sincere, the Islamic Revolution Guards Corps (I.R.G.C.) may not necessarily accept Russia’s proposal.

Tehran has also long been concerned about a “grand bargain” between Washington and Moscow at the expense of Iran’s interests in Syria. The latest discussion between Putin and U.S. President Donald Trump may have added to Iran’s worry and suspicion.