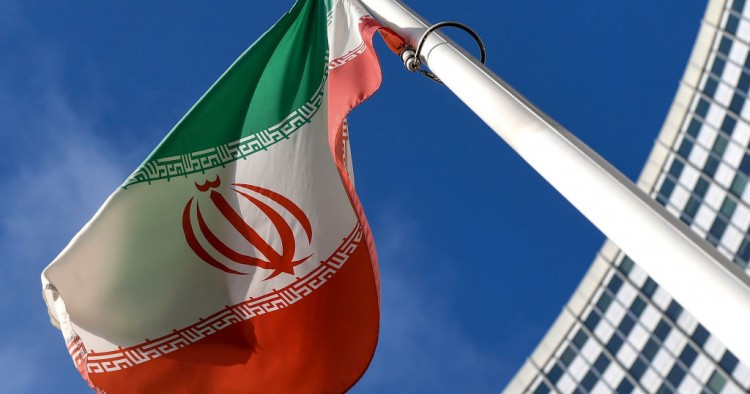 With Iran, American policymakers have often chased phantoms in search of solu­tions to problems they did not understand. For example, during the Islamic Revolution, accor­ding to notes in President Jimmy Carter’s own diary, the American ambassador to Iran, William Sulli­van, be­lieved that Ruhollah Khomeini’s victory would mean democracy for Iran. In contrast, National Security Advisor Zbigniew Brzezinski’s man in Tehran, Gen. Robert Huyser, believed a Khomeini victory would mean a communist takeover. Of course both were wrong.

This futile shadow-chase continues when “experts” argue that the U.S. should somehow encourage the break-up of Iran on ethnic or linguistic lines. In this line of reasoning, the presence of non-Persian (e.g. Azeri, Gilaki, Arab) and non-Shi’a (Kurd, Turkoman, Baluch) communities in Iran is a weakness that the United States should exploit in order to undermine a hos­tile Islamic Republic and make it easier to deal with.

Like Huyser’s or Sullivan’s view of the revolution over four decades ago, this idea is simply wrong. It is born of frustration that, more than 40 years after the fall of the shah, the Islamic Republic, against all predictions of its imminent collapse, survives and re­mains unfriendly. The argument doubles down on ignorance, and ignores every truth of Iran’s history and society. The only thing more foolish than this argument is its per­sistence. Such bizarre ideas do not die. Like snakes from under rocks, they re-emerge and sometimes deliver painful bites before crawling back into their proper hiding places.

What is the reality? Iran has — since the beginning of its recorded history in the 1st millennium BCE — always been a multiethnic empire. The Old Testament Book of Daniel speaks of the empire of “the Medes and Persians,” a vast domain ruled by two peoples. The magnificent ruins of Persepolis tell the same story. They show dozens of peoples — Bactrians, Lydians, Cappadocians, etc. — paying their respects to the emperor, each delegation with a joint escort of Median and Persian guards.

Iranian society has long resembled a mosaic or a Persian carpet in which varied languages and religions, like distinct colors and textures, form an intricate yet coherent design. For over 500 years, within this ethnically heterogeneous society, Shi’a Islam and the Persian language have been the dominant, but not the only, cultural strains. With all its diversity, Iran remains home to many different peoples, who together form a nation with a unique identity and history. The great Persian empires of the past are long gone, but they continue as an Iranian “Empire of the Mind,” in the words of the scholar Michael Axworthy.

Iranians of all political views understand the fragility of their social order and the vul­nerability of their society to centrifugal forces. They have learned from history that enemies will encourage those forces, feed local grievances, and, if successful, tear the country apart. Following the loss of the Azeri-speaking regions north of the Aras River in the early 19th century (the modern-day Republic of Azerbaijan), Qajar Iran remained on its knees economically and politically for almost a century. After World War II the Soviets backed separatists in Iranian Azerbaijan — whose government collapsed a few months after Soviet troops left Iran in 1946. Saddam Hussein attempted the same in Arabic-speak­ing Khuzestan in the months following the Islamic Revolution in 1979. In 1979-80 the central government had serious problems controlling Kurdish regions, but it turned out Kurdish Marxist and non-Marxist groups hated each other more than they hated the government in Tehran.

Iran’s Azeri-Turkish-speaking northwest has been crucial in the country’s economy and history. In the early 20th century it was the pathway for Western ideas entering Iran, and it became the stronghold of Iran’s constitutional movement. In February 1978, one of the earliest uprisings of the Islamic Revolution occurred in Tabriz.

Iranian Azeris are no less Iranian than their Persian-speaking compatriots, not so much an ethnic minority as a community (perhaps a quarter of Iran’s population) of “Turkish-speaking Iranians,” sharing a strong attachment to Shi’a Islam with most other Iranians. Azeris and Persians together comprise about 75% of Iranians, and these two Shi’a ethnic groups — like the Old Testament’s Medes and Persians — dominate Iranian politics, culture, and commerce. Many Persian-speaking Iranians (including the current supreme leader) can claim Azeri connections, and education, travel, and intermarriage have blurred the divides between the groups.

Since the Islamic Revolution, the Islamic Republic has had few kind words for the United States, but — with all its anti-American vitriol — it has acknowledged the support the U.S. gave Iran in 1946-47 during the crisis over the withdrawal of occupying Soviet forces and the restoration of Tehran’s control over the northwest region. Although the exact nature of that support remains a matter of argument, even the Islamic Republic admits that Washington — for its own reasons — was helpful in preserving the country’s very existence.

Nothing unites Iranians like threats to “dismantle” the country or to break off one of its peripheral regions. Iranians understand that without the frontier regions of Khuzestan, Kurdistan, Turkmen Sahra, Baluchestan, and Azerbaijan, their Persian-speaking heartland is defenseless. Those regions are the “walls of the fortress” that defend the central plateau against invaders. Idle talk of “dismantling” is a gift to the Islamic Republic, which knows well how to exploit real or manufactured existential threats in order to suppress opposition and tighten its grip on power.

There may well be a more humane form of governance for our Iranian friends than the Islamic Republic, but a collection of feuding mini-states based on some imagined identity isn't it. If a separatist movement were to succeed in an outlying region, then what? These peripheral areas are not homogenous, and, as autonomous regions or indepen­dent mini-states, they could become battlegrounds for rival factions, as Kurdistan did in 1979-80. The same happened in Khuzestan in 1979 when the Arabic-speakers of Ahvaz battled both the central government and the Persian-speakers of Shushtar and Dezful. Would an autonomous Sunni region like Baluchestan become a haven for Sunni extremists like ISIS, who would then launch terrorist operations against local Shi’a communities or neighbors in Sistan? Would separatist Iranian Azerbaijanis seek to unite with their fellow Azeri-speakers north of the Aras River? The night­mare scenarios are endless.

John Limbert was one of the last American diplomats to serve in Iran. He has taught Middle Eastern History and Politics at the U.S. Naval Academy and has written several books on Iranian subjects, including (with co-author Marc Grossman) the historical novel "Believers: Love and Death in Tehran." The opinions expressed in this piece are his own.