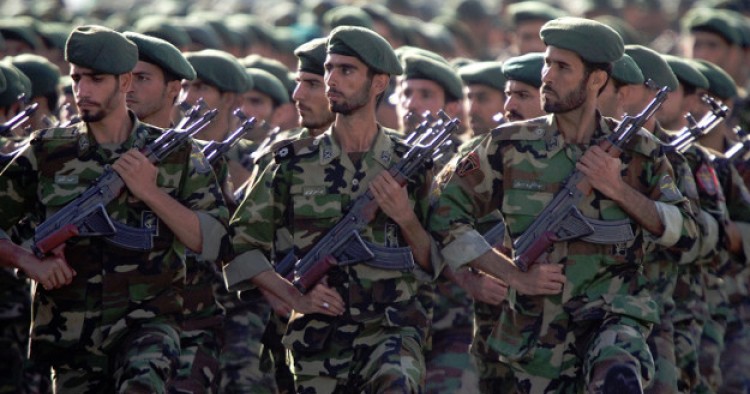 The deputy chief of staff of Iran’s Armed Forces has revealed that the country has started discussions with certain states to joint fight terrorist in West Asia, the Iranian media reported. "The Islamic Republic of Iran is trying to uproot terrorism completely in the region in cooperation with other West Asian states; therefore, it has started contacts with the countries which herald establishment of tranquility in the sensitive West Asia region," Brigadier General Massoud Jazzayeri said. "The Islamic Republic of Iran has proved so far that it is serious against the terrorists and their supporters in the region and confronts them, and this visit has been made in line with this policy." He made the remark in reference to the recent visit to Turkey by a high-level Iranian military delegation led by Major General Mohammad Hossein Baqeri, the chief of staff of Iran's Armed Forces to Turkey. "Undoubtedly, we are against the presence of terrorist groups in other countries and (across our) borders and confront them similar to the past," Jazzayeri stressed.

The trip was significant as it was the first time that an Iranian military chief traveled to Turkey since the 1979 Islamic revolution in Iran, and it came amid major political and military developments in the Middle East.

After the meeting, Erdogan also announced that the two countries were planning to launch a joint military operation against Kurdish militants in northern Iraq. "Joint action against terrorist groups that have become a threat is always on the agenda. This issue has been discussed between the two military chiefs, and I discussed more broadly how this should be carried out," Erdogan was quoted by Reuters as saying. The Turkish president specifically mentioned about acting against the outlawed Kurdistan Workers Party (P.K.K.) and its Iranian offshoot Party of Free Life of Kurdistan (P.J.A.K.).

However, Iran’s Islamic Revolution Guards Corps (I.R.G.C.) quickly rejected Erdogan’s claim. “We have not planned any operations outside the Islamic Republic of Iran’s borders,” said a statement released by the Guards on Tuesday. “However, we will act aggressively against any individual or group that seek to infiltrate into the Iranian territory for subversive or terrorist activities,” the statement added.