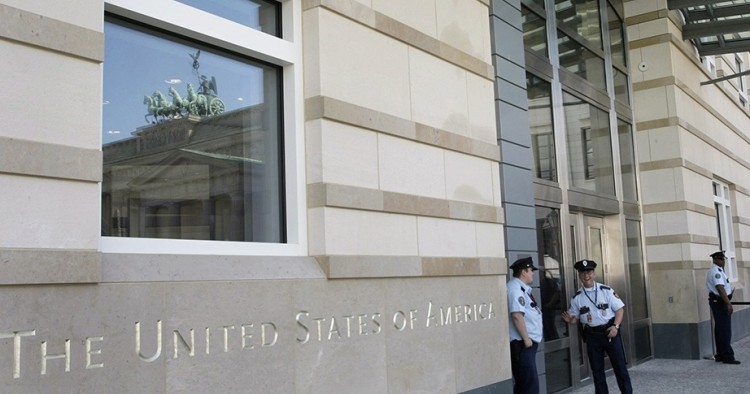 On July 27, the White House announced that President Donald Trump has appointed retired U.S. Army Colonel Douglas Macgregor to be the next American ambassador to Berlin. Macgregor, a man who since he retired from the military in 2004 has articulated the need for an overhaul of U.S. military and foreign policies, has plenty of both supporters and critics in Washington. It turns out, he is quickly dividing Iranians as well. Macgregor’s appointment is already seen by some in Tehran as about more than just an American military drawdown in Germany: it is seen as a sign of a broader American policy reorientation in Europe and beyond. While there is clearly an element of wishful thinking on Tehran’s part, if true, this could be good news for the Islamic Republic, which is teetering under the Trump administration’s “maximum pressure” campaign. After all, Macgregor has on record repeatedly questioned Washington’s policy toward Tehran.

This stance has already made him suspect to some in the Iranian diaspora opposition who may soon come to miss the last American ambassador to Berlin, Richard Grenell. The latter has been thoroughly supportive of the “maximum pressure” campaign against Iran, if not regime change in Tehran. In contrast, Macgregor has repeatedly made the point that “Iran is not a threat” to the United States. Macgregor’s supporters see him as “a rare but cherished breed of retired soldier in the Imperial City: he doesn’t truck with Washington gasbaggery, and is happy to call it out when he sees it.” As they put it, “He was a vocal critic of the Iraq War and its star General David Petraeus. He loathes blind fealty to orthodoxy, especially the failed kind.”

An opening for a new approach

Regardless of how Macgregor has come to his policy conclusions, the reality is that he will likely have a more receptive audience in Berlin and in Europe at large than Grenell did when it comes to Iran. Grenell’s style and hawkish activist diplomacy created a great deal of resentment in Germany and elsewhere in Europe. As a result, there is space for a new American ambassador with a new message that is not centered on “maximum pressure” to try to build a common American-European understanding rooted in cold, hard priorities for both sides. On Iran, Macgregor first has to find a common denominator with the Europeans, and that might not be easy. The Europeans know what they don’t like about American policy on Iran; they are less unanimous about what they want instead of “maximum pressure.”

German Foreign Minister Heiko Maas said in May that Berlin does “not believe the strategy of unilateral maximum pressure will help end the impasse [with Iran].” “Maximum pressure always carries with it the threat of unintended escalation,” he argued. Maas warned that in the “current high-stakes situation, a "spark" could very well set off a "wildfire" in the region. In September 2019, just a few weeks after he tried to mediate a deal between Iran and the U.S., French President Emmanuel Macron called Washington’s Iran policy counterproductive, saying it had resulted in “an Iranian response of ‘maximum pressure' against Tehran’s neighbors.” When Washington insisted that the Europeans respect U.S. sanctions on Iran or face the consequences, the then EU Council President Donald Tusk famously said, “With friends like that, who needs enemies?” He meant the Americans.

Washington’s Iran policy had indeed encroached on European pride and sovereignty. As Jean-Yves Le Drian, the French foreign minister, put it, France is determined “to fight to ensure that the decisions taken by the United Sates don’t have any repercussions on French businesses … all of Europe is faced with the challenge of asserting its economic sovereignty.” But for the authorities in Tehran, none of these European grievances has made any real difference when it comes to the impact of the “maximum pressure” campaign. Trade between Iran and EU states has plunged since the policy was put into effect in late 2018, and European companies are no more open to doing business with Iran than U.S. ones.

Restarting a US-EU dialogue on Iran

In other words, Tehran has to hope for action from Europe and not just symbolic statements rejecting the Trump administration’s Iran policy. This in turn means that Tehran should not be opposed to a U.S.-Europe dialogue restart on Iran as long as it represents a softening of the “maximum pressure,” which could then create an opportunity for the return of multilateral negotiations. This might sound counterintuitive since Tehran has publicly asked for more European distance, not less, from the Americans. But the simple truth for Tehran is that the Europeans alone cannot undue the sanctions Washington has imposed on them. If Europe can help ease America’s demands from Iran, however — and that’s a big if — then at this point Iran has little to lose.

The Europeans say they have two main issues to work out with Iran: the preservation of the 2015 nuclear deal and some kind of dialogue with the authorities in Tehran on Iran’s human rights record. In practice, the focus is no doubt on the former. If the Europeans are serious about engaging with the Trump administration on Iran, and the Europeans seem still determined to find a way, then Macgregor’s arrival in Berlin could be an opportunity. For one, the Europeans can more forcefully articulate to Tehran that Iran’s regional actions, including its intransigent refusal to recognize Israel’s right to exist and its support for various armed non-state actors across the Middle East, have to be up for discussion as part of any broader U.S.-EU talks with the Iranians. There are many in Washington that have been opposed to the Trump administration’s “maximum pressure” campaign, including Macgregor, but there are still some minimum U.S. policy goals that will be on the agenda regardless of who is in the White House or at the American ambassador’s residence in Berlin.

Alex Vatanka is Senior Fellow and the Director of the Iran Program at MEI. Grant Castle is a research assistant at MEI.