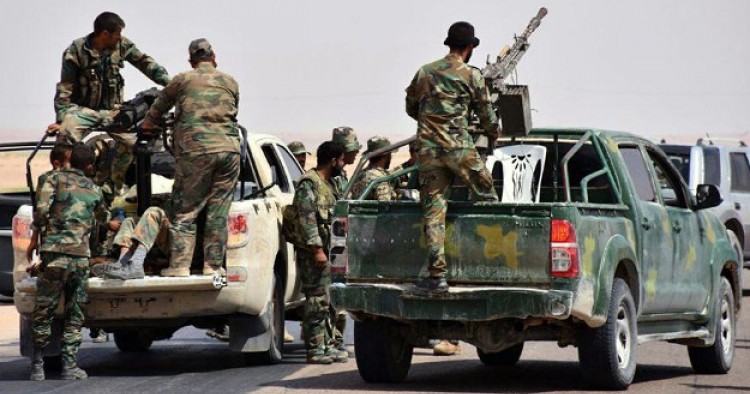 Iranian leaders today congratulated the Syrian government on the lifting of a siege of the eastern city of Deir Ezzor by the Islamic State. Iran’s Foreign Minister Javad Zarif described the end of the three-year siege as a “significant victory” in the fight against terrorism. Separately, Ali Shamkhani, the secretary-general of Iran’s Supreme National Security Council, spoke on the phone with Ali Mamlouk, the head of Syria’s National Security Bureau intelligence service, to discuss the success of the Syrian Army and its foreign allies in Deir Ezzor. Shamkhani, who is also an aide to Supreme Leader Ali Khamenei, also discussed the latest developments in Syria in a meeting today in Tehran with Alexander Lavrentiev, Russian President Vladimir Putin’s special envoy for Syria.

Comment: The Syrian state media announced today that the country’s military forces and Iranian-backed militia forces have broken the siege on the city of Deir Ezzor – the capital of eastern Deir Ezzor Province – after more than three years. According to Iran’s Fars News Agency, which is affiliated with the Islamic Revolution Guards Corps (I.R.G.C.), tens of thousands of people have been trapped in the city and have not surrendered to the Islamic State. The Syrian Observatory for Human Rights also confirmed that pro-Syrian regime forces advancing toward the city had managed to link up with those defending the besieged city.

The Iranian media is celebrating the latest success in Deir Ezzor, arguing that the lifting of the siege will help the Syrian Army and Iranian-led militia forces to expand their reach and control in Syria’s strategic eastern region. An article in Fars today discussed the significance of Deir Ezzor for the Syrian regime and its allies, as well as for the Islamic State, regional countries and the United States. It described Deir Ezzor Province as “Syria’s eastern gate” and the “connection point between Iraq and many provinces” of the country. “If the Syrian forces can establish their control over all of this province,” the article argued, “it will guarantee the security of Syria’s shared borders with Iraq.” It added that an important military airfield is located near the city of Deir Ezzor, which the Islamic State had recently brought under a complete siege and planned to occupy it.

According to Fars, the pro-regime forces will now focus on breaking the siege on the airfield.

It also noted that Deir Ezzor Province, with a population of about one million, is home to some of Syria’s richest oil and gas reserves and accounts for 30 percent of the country’s agricultural products.

The I.R.G.C. outlet alleged that the United States has tried to prevent the “resistance forces” from seizing Deir Ezzor regions from the Islamic State. But it claimed that the U.S. plan has failed.

The Assad regime and its Iranian and Russian allies are currently focusing to seize the oil-rich Deir Ezzor Province. For Iran, Deir Ezzor also provides another route to complete its plan for a land bridge to the Mediterranean through Iraq and Syria. The region is also significant for the United States as it is currently a hub for Islamic State fighters. Many Islamic fighters fleeing Iraq and Raqqa are also expected to make Deir Ezzor their new headquarters.